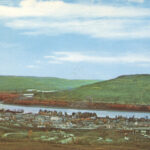 Items of recent pandemic news: the US government buys more of Merck’s molnupiravir; a possible shortage of syringes looms next year; how Covid-19 affects the heart; and a pause in the administration’s vaccine mandate for companies. Plus a frippery.

A federal judge has frozen implementation of the Biden administration’s signature move for fighting Covid-19. The court’s action comes in response to a joint petition filed by several businesses, advocacy groups, and five states (Louisiana, Mississippi, South Carolina, Texas, and Utah). The Justice Department replied in court that the freeze could cost “hundreds of lives per day” and urged the Fifth Circuit to re­verse course. Legal experts say that companies should not wait to enforce the mandate while the legal issues are resolved in court.

Covid-19 and the heart

Scientific American is running a roundup on what is known about cardiac complications caused by Covid-19, now called post-Covid-19 cardiac syndrome.

Covid-19 is known to infect heart tissue directly — plenty of ACE2 receptors in those structures. The early indications of the incidence of myocarditis (heart inflammation) were alarming: that 60% or more of recovered Covid-19 patients may develop the condition, after even mild or asymptomatic cases. As more data came in and the picture clarified, it now appears that the incidence of lingering heart problems is more in the range of low single-digit percentages.

Last spring many athletic associations, school football and hockey leagues for example, required extensive (and expensive) testing of any athlete recovered from Covid-19. Those showing evidence of even sub-clinical myocarditis were sidelined, sometimes for an entire season.

A more nuanced approach to post-Covid heart concerns has since developed. It is understood that the intense phys­ical conditioning the athletes undergo — “athletic remodeling” — can result in MRI imaging abnormalities mim­ick­ing those of low-level myocarditis. The extensive cardiac workup is not called for unless symptoms appear.

Researchers are working in the lab to understand the mechanisms by which SARS-CoV-2 damages heart tissue, and the possibilities of very long-term consequences for those recovered from Covid-19.

SciAm’s article was reprinted from Nature, and I was discouraged to learn about that august journal’s “Nature Out­look” program. Here the journal works with “partners” — outside parties such as drug companies or other ad­ver­tisers — which support or outright produce bespoke content under the Nature imprimatur. SciAm appends a disclaimer to its piece linking to this explainer on “Commercial content at Nature Research.”

I have watched with sadness as over my lifetime Scientific American has slid from near the pinnacle of popular sci­ence publishing to… what it is today. It is even sadder to see the professionally focused Nature finding new, po­ten­tially com­pro­mising ways to monetize since it was acquired by Springer in 2015.

A possible syringe shortage in 2022

This year the effort to gird the world’s citizens against SARS-CoV-2 has led to a doubling of the number of im­mun­i­za­tions worldwide. As a result the world is now facing a shortfall of one to two billion syringes in 2022 unless man­u­fac­tur­ing ramps up quickly, the WHO warns.

With Merck’s molnupiravir on the verge of emergency authorization, the US government has exercised an option to purchase a further 1.4 million course of the therapeutic for $1 billion. This brings to 3.1 million the number of courses the government will be ready to distribute once the pill is authorized.

The US still holds an option for a further 2 million courses. If this were exercised the government would have enough pills to give a course to every infected person for over two months, assuming the current rate of about 74,000 new infections per day holds (though it will probably decrease as more people are protected). Given that the pill will prob­ably be authorized only for those at risk of progressing to more severe disease, the theoretical stockpile of 5.1 million courses would last more than twice as long.

And don’t forget that Pfizer’s oral therapeutic paxlovid, which shows even more encouraging results against SARS-CoV-2 than Merck’s pill, is not far behind.

Your frippery today is a mystery involving postcards from the previous century. Scores of different glossy scenic post­cards from the 1940s through the 1970s (“chromes”) displayed the same sky. Follow the link for a nicely produced video from Vox explaining what is known about why that is, featuring an interview with the Canadian collector who dis­cov­ered the puzzling circumstance.

The mystery comes down to one printer of postcards, Dexter Press, operating out of western New York in the previous mid-century. Postcards of motels, panoramic vistas, restaurants, ranch houses, downtowns, cruise ships, churches: Same. Exact. Sky. James Brouwer has discovered and collected 90 of them so far.

Nothing is left of Dexter Press and no records have been unearthed that shed any light on the central question: Why?