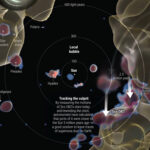 The title today, Paxlovid, is the name Pfizer will use for its oral Covid pill if and when the FDA approves it for sale. The company announced yesterday that an interim analysis of its Phase II / III trial showed 89% reduction in the risk of hospitalization among high-risk patients with mild or moderate Covid-19. The course of pills began within three or five days of symptom onset. The trial was cut short for effect­ive­ness (as was that of Merck’s candidate the week before) — results were so strong that it would no longer be ethical to continue giving a placebo to half the par­ti­ci­pants.

Pfizer will submit this data to the FDA as part of its rolling submission for an emergency use authorization. Its success follows that of Merck’s molnupiravir, which just received emergency authorization in the UK. (The British regulator has a habit of moving fast; it was the first in the world to authorize the Pfizer / BioNTech vaccine.)

Pfizer’s candidate is a compound of the antiviral ritonavir, a protease inhibitor. It has shown action against not only all SARS-CoV-2 variants of concern, but also other coronaviruses. Like Merck’s candidate, Pfizer’s is taken as a course of two pills a day for five days. The US government is negotiating for access to the med­i­ca­tion. Those hoping that competition would bring down the pills’ price may be disappointed to read re­port­ing that the price under discussion is the same $700 per course.

Here are stories on this second promising oral treatment from MPR, Stat News, and the NY Times.

Some US states — 24 in number by one report — have said they will file a lawsuit to block the mandate, claim­ing that Congress never gave OSHA the authority to issue such a rule.

As expected, the rule says that companies with more than 100 employees will be required to mandate shots for all, or regular testing and masking for those who are granted an exemption. Workers must comply by January 4, 2022. Remote workers, and those working outdoors, will not fall under the rule, which will apply to about 84 million employees.

OSHA says that employers must offer up to 4 hours of paid time off for employees to get vaccinated and must pay for sick time if employees need to recover from side effects.

Employees who are granted an exemption for medical or religious reasons (at the sole discretion of the em­ployer) will need to get tested weekly and to wear a mask in the workplace. The company is not required to offer paid time off for testing.

The NY Times has a useful guide to the ins and outs of the mandate.

Over the summer, USDA workers sampled wild white-tailed deer in Michigan and three other states and found antibodies to SARS-CoV-2 in about a third of the animals sampled. (Deer don’t show symptoms when infected with SARS-CoV-2.) We assumed the infection had passed from people to deer, either directly or via some intermediate species, but didn’t know whether it spread among the animals; and we didn’t (and still don’t) know whether it can jump from deer back to humans.

A new study of free-living and captive white-tailed deer in Iowa is providing some answers (the link is to a preprint). Researchers found both widespread infection and indications of onward transmission. The kinetics of the deer infections and their timing relative to viral spread in the human world point to direct infection from humans and make an intermediate species less likely.

Ars Technica has been keeping up with this story of what may prove to be a worrisome animal reservoir for SARS-CoV-2. Their latest coverage is here.

Frippery: Timeline of the human condition

Today’s frippery is a Timeline of the Human Condition, created and curated by C. Patrick Doncaster, a pro­fes­sor of population ecology at Southampton University in the UK.

Professor Doncaster’s timeline is old-school; it would not have been out of place on the web of 1996. The time­line is a simple list of (currently) 613 items of the history of the cosmos, the solar system, the earth, human evolution, cultural development, empires and conquests, science, industry, technology, and much more. Each item has a date before present time and usually a link or two.

(According to archive.org the first version of the timeline went up in February 2016. It had a little over 1/6 as many historical points as the present incarnation, and no links.)

It is possible to get lost in those links; I know from experience. One that captured me for an hour or so is the possible effects of nearby supernova explosions on life on earth. Did you know that our solar system exists in a bubble in space swept clean of dust and gas by a series of supernova blasts? I didn’t.

Did you know that our ancestors’ use of glue predates the domestication of fire? I didn’t.