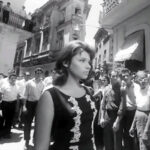 Items of recent pandemic news: Merck will allow other countries to make mol­nu­pir­a­vir; why it’s better to be vaccinated than just recovered; an anti­de­pressant that improves Covid-19 outcomes; and the CDC’s vote on vaccines for kids. Plus a frippery.

The CDC’s advisory committee (ACIP) met today (agenda; live stream) and voted to recommend SARS-CoV-2 vaccinations for kids aged 5 to 11 in the US. The vote was 14 to 0. Now the CDC director will finalize the agency’s guidance, probably by this evening. These steps toward vaccinating younger child­ren come after last week’s FDA committee approval and, on Friday, the amendment of Pfizer’s EUA to authorize those shots.

Vaccine has already arrived at many states and been distributed to pediatricians’ offices and other vaccination locales; shots could begin going into arms tomorrow.

The venerable anti-depressant registered as 99.8% more likely to be effective than placebo and reduced the need for hospitalization or ICU (at 28 days) by 30% to 65% when given within 7 days of Covid-19 symptom onset. [See comments below; correction added 2021-11-13.] A large, randomized, placebo-controlled trial in Brazil was cut short because the drug demonstrated such strong positive results.

Fluvoxamine, commonly known by its brand name Luvox, has been prescribed since 1994 to treat OCD, panic disorder, major depression, and PTSD, and other ailments. In addition to its mode of operation as an SSRI (Dr. Daniel Griffin calls it a “not-so-selective serotonin reuptake inhibitor”), Luvox has a sec­ond­ary mode with the effect of modulating an immune pathway and reducing inflammation.

This could be a big deal. A senior author on the Lancet paper linked above said, “It could be one of our most powerful weapons against the virus, and its effectiveness is one of the most important discoveries we have made since the pandemic began… [This finding is] a massive boon to public health.” The drug is cheap — a 10-day course costs $4 or less anywhere in the world. And since it is already approved around the world and has long been proven safe and well-tolerated, doctors can prescribe it for any use. Such as reducing the chance of Covid-19 progressing to a more serious state.

The study did turn up issues with side effects — mood swings, insomnia, headache — to a greater extent with the drug than with placebo. A limitation was that the study participants were mostly unvaccinated; more study is needed to see how flu­vox­a­mine works in the vaccinated. It would also be good to know if flu­vox­a­mine’s effects are additive to those of other treatments, such as monoclonal antibodies.

Here are writeups from CIDRAP and Ars Technica.

A study published last week in the CDC’s Morbidity and Mortality Weekly Report puts a number to how much better it is to be vaccinated vs. relying on the immunity provided by a SARS-CoV-2 infection. Re­search­ers compared people who had been vaccinated with an mRNA vaccine 3 to 6 months previously to those who had recovered from Covid-19 in the same timeframe. The vaccinated were over 5x less likely to be infected with SARS-CoV-2 at the later date. Here is a summary of the research from CIDRAP. It forms part of the rationale for the CDC’s recommendation that recovered Covid-19 patients should still get vaccinated.

In a move that will ease access for poorer countries to Merck’s promising but expensive oral Covid-19 treatment, the company has signed a licensing agreement with the Medicines Patent Pool. The agree­ment will allow the UN-backed public health organization to grant sub-licenses to qualified com­panies approved to make the drug.

No vaccine maker has agreed to a similar deal.

Your frippery today is the “impossible” dolly shot from the 1964 Russian propaganda film, Soy Cuba (film­ing started mere weeks after the Cuban missile crisis). I know, sounds real promising, doesn’t it? But trust me on this.

It’s the story of the Cuban revolution, told by Russian and Cuban filmmakers and poets with unlimited time and budget. They invented a new visual language, de nuovo, to tell the story. The film was not released at the time. One commenter speculated that the Russian authorities feared it was too powerful a call to revolution, and another wondered whether the depiction of life in pre-Fidel Cuba might have been too appealing. If the film had been released, the history of cinema in the late 20th century would have been different. As one critic put it, Soy Cuba is “formalist cocaine for cinephiles and art aficionados.”

Follow the link above and see if you can figure out how the filmmakers pulled off that 2:20 hand-held single take.

Here is Martin Scorsese talking about the impact that Soy Cuba had on him and other filmmakers of his generation when he saw in in the 1990s. Scorsese and Francis Ford Coppola restored and released a 4K version of Soy Cuba in 2018.

This long read from American Cinematographer magazine explains how some of the many innovative, low-budget effects were achieved. Search on that page for “mourners in the street” to read how they managed that vertiginous and jaw-dropping dolly shot.