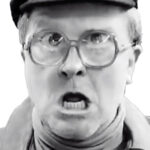 Items of recent pandemic news: Evidence of neural tissue damage by SARS-CoV-2; an account of psychosis in teenagers possibly caused by Covid-triggered auto-immunity; and today’s FDA meeting on vaccinating kids age 5 to 11. Plus a frip­pery.

The big news today is the VRBPAC meeting happening now to discuss Pfizer / BioNTech’s application to use their vaccine in this age group — here is the livestream. I am following it by way of the agenda and Stat’s live blog coverage.

It looks like a foregone conclusion that the committee will vote that the benefits of vaccinating this age group outweigh the risks, given the positive tone of the FDA’s analysis, released last week. The main risk that the experts are scrutinizing is myocarditis.

I will update this post with the VRBPAC’s vote at the end of the day. Assuming a positive result, vaccine could become available for kids as young as age 5 after the CDC acts early next week (the government has 14 million doses ready to ship to states), and kids could be fully vaccinated in time for the holidays in December.

Based on the totality of scientific evidence available, do the benefits of the Pfizer- BioNTech Covid-19 vaccine when administered as a 2-dose series (10 micrograms each dose, 3 weeks apart) outweigh its risks for use in children 5-11 years of age?

A new paper published in JAMA Neurology details two cases of Covid-19 in adolescents that may have triggered psychosis. Anti-neural antibodies were detected in the spinal fluid of the teens; the researchers believe they were raised in response to encountering SARS-CoV-2 but instead of attacking the virus they apparently went after neural tissue. The young people exhibited paranoia, aggression, brain fog, and other serious psychiatric symptoms. Anti-psychotic medications did not help them much.

Both patients improved on a regimen of anti-inflammatory steroids and intravenous immunoglobulin (IgG), though one responded better than the other. The girl who did better had infusions begun 15 days after Covid-19 symptom onset, whereas for the boy who did not respond as well the gap was 80 days.

These two cases were among 18 young patients admitted to a UCSF hospital over the course of five months last year. The San Francisto Chronicle has an accessible summary of the research.

Last July we linked a summary of what was known about how the virus causes neurological damage. Now a study in Nature Neuroscience reports evidence that SARS-CoV-2 attacks brain endothelial cells, which are an essential component of the blood-brain barrier.

The study is robust, examining brain tissue of patients who died of severe Covid-19 and following up with cell-based and animal studies to explore how the observed damage may have been caused. It is impossible not to wonder whether brain endothelial damage might be behind at least some manifestations of long Covid.

One researcher not involved with the study struck a note of caution, noting that observations on the brains of patients with severe Covid-19 can’t necessarily be extrapolated to draw conclusions about mild cases.

I’m only 9 or 10 months late to this party. Were you aware of #shantyTok early this year? That’s the explosion of sea shanties on TikTok and endless media interest and pandemic-tinged analysis, kicked off by The Wellerman, posted by the Scotsman Nathan Evans two days after Christmas last year. It quickly spawned dozens and hundreds and thousands of mashups, remixes, professional versions, compilations, par­o­dies, mass collaborations, and family trees. And quickly landed Evans a record contract with Polydor.

I was just vaguely aware of the brouhaha at the time, not being a TikTok devoté — but the con­temp­or­a­neous video embedded below, The Kittyman by the Trailer Park Boys, has lately been making the social media rounds again. Which gave me all the excuse I needed belatedly to dive down that rabbit hole.

(I found a few Covid- and/or pandemic-flavored parodies, but none of them was any good, so I won’t link them here.)

This New Zealand folk song site gives historical background on the Wellerman (agent of the Weller Bro­thers company, suppliers to NZ whaling), the whaling industry in the South Pacific (what exactly tonguin’ refers to), and the 19th-century shanty that has won the 21st century. I was delighted to see that my fav­o­rite state-of-Maine folkie, Gordon Bok, was an early proponent of the tune (1972).

Bok was also a favorite of my mother, who had been raised in Maine and retired there. Gordon Bok’s songs with Ann Mayo Muir and Ed Trickett were my principal comfort when she passed — particularly Turning To­ward the Morning and Isle au Haut Lullaby.