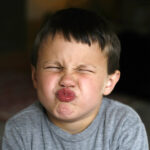 Items of recent pandemic news: How the sex of the fetus affects a mother’s im­mune response to the coronavirus; the prospect for vaccination in ages 5-11; boosters authorized in mix-and-match format; and more. Plus a frippery.

Boosters for most everyone

It’s official, recipients of Moderna and J&J vaccines can get booster shots along­side those of us who took Pfizer. The new wrinkle is that any of us can now get any one of the vaccines as a boost.

Last Thursday and Friday the FDA’s advisory panel (VRBPAC) met and voted to recommend that all re­cip­i­ents of the Johnson & Johnson vaccine get a second shot, two months or more after their first shot. They had also voted that Moderna vaccinees (from the same groups as authorized earlier for Pfizer boost­ers) should get boosted six months after their second shot, with half the dose of the original shots. The panel discussed the evidence touching on a mix-and match (heterologous) booster strategy, but did not take a vote on it.

The booster situation is nuanced for J&J; some VRBPAC members stipulated that that vaccine should have been given as two doses all along. So a second shot at the two-month point could be considered to com­plete the primary protection, rather than boosting it.

On Wednesday the FDA endorsed the booster recommendations for Moderna and J&J, and also added a heterologous-boost option for all the vaccines: the agency revised the EUAs for all three authorized vaccines to specify that a booster of any one of the three is permitted. (The NY Times was the first to report that the FDA might take this action.)

Yesterday afternoon the CDC’s advisory committee, ACIP, voted unanimously to back the FDA’s findings, and the head of the CDC quickly ratified their advice. So it is now official US policy that about 15 million J&J vaccinees will be eligible for a second shot, and tens of millions of Moderna recipients will join the roughly 60 million Pfizer-vaccinated people who were already eligible. All can choose which shot they want.

Here is a subtle point about the FDA’s authorization: none of the wording in the updated EUAs indicates that it is preferred to boost with the same vaccine as was used in the initial inoculation(s). In other words, heterologous boosting at the vaccinee’s option is the default. The ACIP did not elect to recommend pre­fer­ring the original vaccine, but noted that the CDC’s detailed guidance to clinicians may do so.

One ACIP member suggested that the body recommend an mRNA booster for initial recipients of J&J, especially those who are female and under 30 — that cohort is at enhanced risk for rare thrombotic com­pli­ca­tions. For males under 30, a J&J booster after mRNA was also suggested, as young men have an elevated risk of rare heart inflammation issues. These suggestions did not make it into the committee’s final recommendations.

The booster landscape is getting considerably more complicated than it was in the early days of everyone over 18 is eligible, take whatever shot is offered. Besides the heterologous boost option, there is the Moderna half-dose boost just authorized; not to be confused with the Moderna full-dose boost already authorized for im­mun­o­com­pro­mised in­di­vid­uals. Moderna does not intend to ship half-dose boosters in smaller vials: they will be relying on point-of-vaccination staff to remember to draw a half dose from the full-dose vial. Good luck trying to keep track of inventory in those conditions.

And let’s not forget the imminent authorization of Pfizer (only) for 5-11-year-olds. Which will be 1/3 dose, and come in smaller vials, and use smaller needles.

The prospect of vaccinating ages 5-11

Pfizer has applied for authorization for its shots in those aged 5 to 11 years — a population numbering 28 million, or 8.5% of the US. The FDA has scheduled a meeting of its VRBPAC advisors for next Tuesday Oct. 26 to examine the request. Yesterday Pfizer and BioNTech said that their shot demonstrated an efficacy of 91% against symptomatic Covid-19 in this age group. The CDC’s ACIP will meet to make their re­com­men­da­tion on Nov. 2 and 3, cueing up a kids’ vaccination program to begin as soon as two weeks from now.

The Biden administration has announced plans for the vaccine rollout, preparing the ground for an ex­pected authorization. Here are reports on the advance planning from the NY Times, CIDRAP, and Ars Technica. The vaccine will be administered in family-friendly venues — pediatricians’ offices and phar­macies, in preference to large vaccination centers. As of Wednesday states could pre-order shots.

Polling by the Kaiser Family Foundation indicates that only a third of parents now say they will vaccinate their 5-11 children as soon as possible. Numbers for teens 12-17 were similar before shots were authorized for that age group, but acceptance has crept up to where nearly half of eligible teens are vaccinated now.

Posted on the CDC’s Morbidity and Mortality Weekly Report (MMWR) this week, researchers at 19 ped­i­a­tric hospitals across 16 US states report that, when given to teenagers, two doses of the Pfizer vaccine are 93% effective against hospitalization. The data were collected from June to September of this year, so the Delta variant was dominant.

It has been known for some time that males on average have a tougher time with Covid-19 than females. Some things about the immune response are sex-linked: women’s response to SARS-CoV-2 tends to start up faster, while men’s ramps slower and peaks higher. The result can be more immune overreaction in men — the cytokine storm and other self-damage.

It would not be a surprise therefore to learn that the immune reaction of fetuses has a sex-linked com­pon­ent. What is surprising is to find out that the fetus’s sex can have an effect that crosses back over the placenta to impact the mother’s response to the virus. Mothers carrying male babies produce lower levels of antibodies against the coronavirus, according to one new study.

A second study looked at maternal immune response to mRNA vaccines. Compared to non-pregnant con­trols, pregnant and lactating people showed a less robust response to the first shot, catching up after the second — what the researchers call “delayed kinetics.” The study highlights the importance in this population of sticking strictly to the recommended vaccination timetable.

To reward your patience, today’s frippery is brief stories of kindness from Cup of Jo. You have heard of chick flicks? This is a chick site. But the linked piece made this decidedly non-chick guy’s heart overflow more than once. The reader comments are as rewarding as the published sketches, and far more copious.