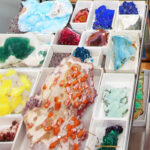 Items of recent pandemic news: Decisions soon on immunizing kids 5-11 and on boosters for Moderna and J&J; an injectable anti-viral and an oral one; new studies on Delta’s virulence and aerosol transmissibility; plus a frippery.

The day after we wrote about promising anti-viral Mol­nu­pir­a­vir from Merck and Ridgeback Biotherapeutics, Merck released data from its Phase III trial. Taken by mouth soon after infection, the drug reduced the chances of hospitalization or death from Covid-19 by half. Mol­nu­pir­a­vir is delivered as a course of four pills, twice a day, for five days.

The drug works by interfering with the ability of the SARS-CoV-2 virus to make new copies of itself. Mol­nu­pir­a­vir has demonstrated action against a wide variety of viruses, which is the reason its developers named it after Thor’s hammer, Mjölnir.

In the trial, 775 unvaccinated participants with mild or moderate Covid-19 (and one or more co-mor­bid­i­ties) were given a course of mol­nu­pir­a­vir or a placebo. Eight of the placebo recipients died and another 45 were hospitalized. Of those who received the drug, none died and 28 were hospitalized. The independent group of experts monitoring the trial recommended stopping it early because the interim results were so compelling. The trial participants included people from Latin America, Europe, and Africa; about 10% were from the US.

While an oral, at-home drug to fight Covid-19 is a very welcome “hammer” in the arsenal of measures against the virus, mol­nu­pir­a­vir isn’t a silver bullet. For one thing it’s moderately expensive at $700 per course (if the price ends up getting set by what the US government paid for an advance supply). This is less than the $2,000-$3,000 for a course of intravenous antibodies from Regeneron or Eli Lilly, but still not an inconsequential amount of money. If the government doesn’t buy up the entire supply, insurance companies may carefully scrutinize who gets the drug before deciding to pay for it. There is speculation that they may restrict the drug to those who are unvaccinated and have multiple risk factors — which is the profile of participants in the study.

What little is known about side effects looks promising: more people in the placebo arm than the drug arm complained about apparent side effects. But due to the drug’s way of interfering with a virus’s genetic code, the possibility that it might be mutagenic in human tissues can’t be dismissed after such a small study.

There is a concern that the existence of an oral therapeutic may stiffen the resistance of some people to getting vaccinated against SARS-CoV-2.

Merck has submitted data to the FDA but has not yet made a formal application for an EUA.

AstraZeneca, on the other hand, just applied for emergency use authorization for its antiviral delivered in injectable form. The company said that its drug provides antibodies that are much longer-lasting than those in Regeneron’s or Eli Lilly’s intravenous cocktails.

In August, AstraZeneca reported that its investigational drug, AZD7442, had met the primary end-point of its Phase III trial, decreasing by 77% the chance of developing symptomatic Covid-19. The trial enrolled more than 5,100 PCR-negative participants from the US, UK, and Europe.

AZD7442 is delivered as a single intramuscular shot. AstraZeneca said that its antibodies could work for up to a year in preventing Covid-19. The drug comprises two antivirals, tixagevimab and cilgavimab, derived from convalescent plasma, whose half-life has been extended using AstraZeneca’s proprietary “YTE” tech­nol­ogy.

A week after Pfizer released data on its trial in 5-to-11-year-olds, the company has applied to the FDA for authorization to immunize kids in that age range. The FDA’s advisory panel has set a date of October 26 to meet to consider the request.

On a related note, as more data arrives on the rare side effects of pericarditis and myocarditis caused by the Pfizer mRNA vaccine mostly in boys and young men, several countries have decided to give only a single shot to young people. The risk of these side effects is several times greater after the second dose. A new study published yesterday put the odds of pericarditis at 1 in 9,900 for males aged 16 to 29.

The countries taking this step include Hong Kong, the UK, and Norway. The NY Times piece linked above notes that not much discussion of single-dosing kids has taken place in the US, in part because authorities don’t want to add any fuel to anti-vaxers’ arguments.

Following authorization of the Pfizer vaccine for booster shots, the FDA’s advisory committee (VRBPAC) will meet on October 14 and 15 to consider boosters for Moderna and Johnson & Johnson. (J&J applied two days ago.)

Some things about Delta

We know Delta is more transmissible and suspect it may be more vir­u­lent. Two new studies shine light on these aspects.

The U of MN’s Center for Infectious Disease Research and Policy has a writeup on new research pinning down how much more virulent the SARS-CoV-2 variants (with the N501Y mutation) are, in terms of in­creased probability of hospital or ICU admission or death. The study compared wild-type (Wuhan) virus with four variants of concern: Alpha, Beta, Gamma, and Delta. The table summarizes the grim results. The Delta variant made up only 2.8% of the cases, 4,500 out of more than 212,000 in the study between February and June of this year.

New York Magazine has a long piece speculating on some of the factors that have made the Delta wave so deadly in the US.

The common wisdom says that Alpha is about twice as transmissible as the Wuhan strain, and Delta is another factor of two up that scale. A second study suggest a possible reason: both Alpha and Delta package up transmissible virus in tiny aerosol particles to a greater extent than the origin strain does. It took too long for authorities (CDC, WHO) to acknowledge that aerosol transmission is important in Covid-19; by the time this was accepted, Alpha had begun its ascent, and Delta followed.

With Delta the world is dealing with what is in some sense a whole new virus. It is very fortunate that Delta has not evolved out from under the protection offered by vaccines.

Today’s frippery is an amazing set of photographs of some of the collections in “the Nation’s Attic,” i.e. the Smithsonian Institution. I practically grew up among the Smithsonian’s collections, and it is thrilling to see the depth of some of what is not on display in the public rooms, which at any one time encompass only 2% of 137 million items.

[ Note added 2021-10-09: ] The CDC’s advisory panel, ACIP, has set its meeting following the FDA’s meeting of advisors late next week: ACIP will meet Wednesday and Thursday October 20 and 21 to decide on recommending booster doses for Moderna and J&J vaccines. On today’s episode of TWiV Dr. Daniel Griffin noted anecdotally that many Moderna recipients are not waiting for the official go-ahead but are getting boosters now. He mentioned that overall around 440,000 booster shots are being administered per day, compared with 460,000 primary doses per day.