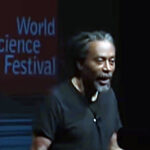 Items of recent pandemic news: Auto-antibodies in long Covid; Moderna’s durability benefit over Pfizer; results from Johnson & Johnson’s two-dose trial; Pfizer’s effect­ive­ness in kids 5-11; and who gets a Pfizer booster. Plus a frippery.

FDA, CDC committee approve boosters for 65+ and others

On Tuesday the FDA affirmed its advisory panel’s recommendation for booster shots of the Pfizer / BioNTech vaccine. The agency’s official announcement concludes: “The amendment to the EUA to include a single booster dose was granted to Pfizer Inc.”

The FDA said that Pfizer shots should be available to an open-ended number of people who received their second dose at least 6 months previously, and who fall into any one of these broad groups:

The CDC’s advisory committee, ACIP, met for the last two days and just completed voting to draw the lines more sharply around the populations eligible for a booster. As Stat News reported the results just now, minutes after the votes, the committee opted not to approve shots based on occupational or institutional settings — so the second bullet point above does not apply.

Here is who can get in line for a Pfizer booster, six months after their second shot (assuming the CDC head approves the recommendation, as is expected):

The ACIP voted down the proposal that included risk based on “frequent and unavoidable exposure” due to oc­cu­pa­ional or institutional circumstances. So nurses, teachers, or prison guards do not qualify, unless they fall into one of the categories listed above.

It seems to me that the third bullet point might offer a kind of wild card to younger people in dangerous, public-facing occupations, depending on how “underlying medical condition” ends up being defined. People in high-exposure occupations also have the loophole provided by the Pfizer vaccine’s approved status: any doctor can prescribe a dose for any reason.

Nearly 100 million people in the US have received two Pfizer doses.

Pfizer has issued a (data-free) press release announcing preliminary results from the Phase II / III study of its vaccine in children from ages 5 to 11. The study recruited 2,268 kids in this age range and two-thirds of them received two shots, three weeks apart, of the Pfizer / BioNTech vaccine. The rest got salt water. The dose was 10 μg, one-third of the adult shot.

Bottom line result: the vaccine appears safe and effective in this population — with the caveat here that “effective” does not mean it demonstrably protected against disease, but rather that a good antibody response was measured. The press release does not mention any Covid-19 cases among the trial participants.

The shots were well tolerated, Pfizer reported, with side effects comparable to or slightly less intense than those seen in teens and young adults. The children generated antibody responses that were equivalent to, in fact slightly more robust than, those shown by their older peers.

Pfizer plans to apply to the FDA by the end of this month for an emergency use authorization for its vaccine in children ages 5-11. Shots could begin to go into these young arms as soon as Halloween.

The Pfizer trial also includes two younger cohorts of children, ages 2-5 and 6 months to 2 years. Results for these groups are expected in the fourth quarter. Moderna has said its results for the 5-11 age group will come out in Q4 as well.

Here are summaries from the NY Times and Stat News.

While the Johnson & Johnson / Janssen vaccine was designed to be administered in a single dose, the companies ran a trial in which two doses were given. The results are now in: the two-dose regimen shows higher antibody levels and higher efficacy. The company also said that the protection offered by a single dose does not wane. Stat News reports:

Giving two doses instead of one increased antibody levels four- to six-fold. But the increase in antibody levels was much higher when… a booster was given at six months… Antibody levels increased nine-fold after one week [following a 6-month boost] and were 12-fold higher four weeks after the booster.

In terms of Phase III efficacy, the two-dose regimen (with the doses spaced 2 months apart) was 75% efficacious against moderate to severe disease across all countries where the trial was held. For the US alone, that number was 94%, and against severe disease it was 100%.

Here are J&J’s press release and an analysis from the U of MN’s Center for Infectious Disease Research and Policy.

The two main theories for what is behind long Covid are (1) remaining virus somewhere in the body, and (2) a disrupted immune system attacking various body systems. A new study provides solid evidence for the latter mechanism.

[ Note added 2021-09-26: See the update below regarding the four, not two, theories currently under study as possible root causes of long Covid.]

We wrote about auto-antibodies a few issues back, in the context of explaining (part of) why Covid-19 exhibits such a wide range of severity in its victims. This new work, summarized in an article in Quartz, found a particular auto-antibody in the blood of people who had been hospitalized for Covid-19, but not in those who tested positive and were either asymptomatic or had a mild case and recovered at home.

The auto-antibody in question develops about a week after initial infection, and inhibits a protein that helps regulate the immune system’s response to the infection. As a result the body develops inflammation and autoimmune-like symptoms, whose severity may depend on the concentration of the auto-antibody — future research will explore this question.

Moderna is more durable than Pfizer

Several studies coming out recently (for example here and here) point to the likelihood that Moderna’s vaccine holds its potency better than Pfizer’s does. The NY Times’s Apoorva Mandavilli writes about the realization slowly dawning on researchers that the two miracle mRNA vaccines may not be as similar in performance as they had first appeared.

Today’s frippery is one of my favorite YouTube videos of all time. It is venerable: recorded in 2009 during Bobby McFerrin’s visit to the World Science Festival in New York. McFerrin demonstrates in a compelling way, in three minutes, how the pentatonic scale seems to be innate to the human nervous system. The completists among us may want to watch the full video of the panel on which McFerrin participated. The pentatonic excerpt has been viewed over 10 million times, the full video fewer than half a million.

[ Note added 2021-09-24: ] The interim head of the CDC, Rochelle Walensky, has overruled the agency’s ACIP advisory panel and endorsed Pfizer boosters for healthcare workers, teachers, and other occupationally exposed people. The CDC leader issued the unusual override after midnight Eastern time. Walensky had been among the administration officials who signed on to President Biden’s original, expansive booster plan. [ Note added 2021-09-26: ] MPR has a piece outlining four theories of what causes long Covid: 1) remnant virus, 2) immune system that did not turn off, 3) auto-immunity, and 4) other viruses that were awakened as the immune system fought SARS-CoV-2.