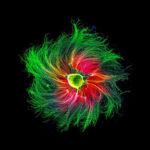 Items of recent pandemic news: How to fix indoor air; Covid-sniffing dogs at Miami air­port; an account of a “mild” breakthrough case of Covid-19; and today’s pivotal FDA meet­ing on boosters. Plus two fripperies.

The booster debate comes to a head today

Today the FDA’s advisory committee (the VRBPAC) is meeting, with an agenda to decide on Pfizer’s application to authorize a third (booster) shot of its approved vaccine. Along the way today the committee will hear both sides of the argument for giving booster shots starting now, an argument that in the last week has become increasingly pitched and public.

The Biden administration’s plan to begin giving out booster shots next Monday (September 20) probably won’t happen on that date, as we have noted. Following the VRBPAC meeting today, the CDC’s advisory committee (ACIP) will meet next Wednesday and Thursday, the 22nd and 23rd; so it would not be until late next week at the earliest before such a program could get the go-ahead. And any booster recommendation would probably be limited to those who received the Pfizer vaccine, as the other two makers of authorized vaccines did not get their data to the agencies in time.

The arguments of those who believe the data do not support a booster program were well summarized in TWiV #805 (This Week in Virology), which dropped yesterday. Vincent Raciniello and co-hosts discussed in detail the opinion piece published on Monday in The Lancet, co-authored by the two senior FDA officials who announced their re­tire­ment in protest of the administration’s action on boosters. If you want to understand this viewpoint, watch about 27 minutes beginning at 1:56.

This Israeli report is what set the administration on the course toward boosters. It was not public until Wednesday, but senior administration officials had this data weeks ago. Tony Fauci cited it in his presentation yesterday to the 2021 section of MIT’s online course on the pandemic. (We recommended the first iteration of this course last fall.)

I just watched Ron Milo and Sharon Alroy-Preis from Israel present this data live at the VRBPAC meeting. It was compelling. The Israelis, whose healthcare system enables far more robust and accurate data collection than ours does, had projected that Delta would overwhelm the nation’s hospitals by August if the population’s immunity were not boosted. They began boosting age 60+ in July and proceeded down the age range, until today everyone ages 12 and up is eligible. They calculate that this program has reduced the pandemic’s Rt below 1.0 and halted Delta’s exponential growth in that country.

In response to a question after their presentation, Dr. Alroy-Preis (the Israeli equivalent of the head of the CDC) said that, according to their modeling, boosting only the elderly and the most vulnerable would not have stopped Delta’s surge. More widespread boosting was required.

The Times article notes that the FDA pointed out (in pre-meeting briefing papers) that for the US, observational data gathered in other countries may not be totally applicable. Studies conducted in this population are required for confidence in the results.

The NY Times has the best summary I have seen of the state of the debate. See also this discussion from the U of MN’s Center for Infectious Disease Research and Policy of three papers that came out this week on the booster question.

I will be dropping in and out of the online VRBPAC meeting all day and will update this post when the committee has voted on boosters.

You do not want to get this disease

Will Stone is a reporter for NPR. Recently he was infected with SARS-CoV-2 after two shots of the Pfizer vaccine, the second one in April. Stone writes movingly about his experience with a “mild” case that put him totally out of com­mis­sion for five days.

I was just one more example of our country’s tug and pull between fantasies of a post-Covid-19 summer and the realities of our still-raging pandemic, where even the vac­cin­a­ted can get sick.

Stone was lucky: without the vaccine his case would probably have been far worse, and he didn’t end up infecting family members.

For comparison, see our earlier account of Jilla Nadimi’s “moderate” case of Covid-19 — here “moderate” means it just barely did not send her to the hospital. This March 30, 2020 post was the tenth to appear on Suddenly at Home.

WHO let the dogs out

(I could not resist that headline. Sorry not sorry.) At Miami airport, two Covid-trained dogs screen employees before they report for their shifts. The dogs’ noses are scarily accurate. There are plans to expand the use of the dogs, possibly eventually to screen passengers. But this program is running up against the limitation that all previous canine de­tec­tion efforts have encountered: dogs don’t scale up.

Here’s a piece in the Atlantic on how we can blunt all future respiratory pandemics, and even stop taking colds and flu for granted. The solution is to invest in infrastructure improvement. In past pandemics the infrastructure in question has involved sewage, pesticides. or window screens; in this one (and future such) it’s about ventilation. We need good air circulation, exchanging, and filtering in schools, workplaces, and other indoor public venues. As reporter Sarah Zhang asks:

Modern buildings have sophisticated ventilation systems to keep their temp­er­a­tures comfortable and their smells pleasant — why not use these systems to keep indoor air free of viruses too?

We need studies of what actually works in ventilation systems to reduce pathogens: what are the minimum standards required? These need to be incorporated into building codes. We’re going to have to accept increased costs as energy efficiency is dethroned as the driving consideration for the design of ventilation.

Two fripperies: microphotography and the best of the web

Today we offer two fripperies guaranteed to capture your attention and sink your time. The first, which you may have seen because it’s everywhere, is the annual microphotography contest. Dip into any or all of these write­ups, which offer disparate collections of the winning images: Kottke; My Modern Met; Science News; DP Review; PetaPixel; and The Atlantic.

Our second frippery is a throwback of sorts to the golden age of the web. In this Twitter thread, Lucy Hughes pre­sents twenty-four of the best sites anywhere. Any one of them will cheerfully absorb 20 minutes of your time. Mon­i­tor lightning strikes around the world in real time. Explore a 3D map of Mount Everest. Look out people’s windows all over the world. Browse the color palettes of hundreds of movies.

There is easily three hours of distraction here. You are so very welcome.

The FDA may tweak the language, and an informal poll of the committee supported adding health-care workers and others at high risk of occupational exposure to the criteria of the second question.

Question 1: Do the safety and effectiveness data from clinical trail C4591001 support approval of a Comirnaty booster dose administered at least 6 months after completion of the primary series for ues in individuals 16 years of age and older?

Question 2: Based on the totality of scientific evidence available, including the safety and effectiveness data from clinical trial C4591001, do the known and potential benefits outweigh the known and potential risks of a Pfizer-BioNTech Covid-19 vaccine booster dose administered at least 6 months after completion of the primary series for use in:
— individuals 65 years of age and older, and
— individuals at high risk of severe Covid-19