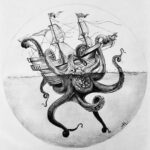 Items of recent pandemic news: Vaccination halves chances of long Covid; the role of auto-antibodies in severe disease; rising out-of-pocket costs of Covid; the unlikelihood that September 20 will see booster shots; and more. Plus a frippery.

1. Boosters will be pushed back

The heads of the CDC and FDA took a meeting on Thursday with the White House’s chief Covid advisor and delivered the news that the agencies are going to need more time to weigh the evidence on boosters. The upshot: the administration’s target of September 20 to decide the matter is not going to happen. That target was always somewhat arbitrary, and its an­nounce­ment probably contributed to the decisions earlier this week by two senior scientist-bureau­crats to retire.

In the meeting, acting FDA commissioner Janet Woodcock and CDC director Rochelle Walensky told the ad­min­is­tra­tion’s Jeffrey Zients that by the end of this month the Pfizer / BioNTech vaccine might be ap­proved for a third shot, but the other two vaccines could not be. And even for Pfizer, boosters might be recommended for only a subset of the people who have received the vaccine.

Among the reasons why the agencies need more time: Moderna has submitted an application specifying a third dose at half the strength of its current vaccine, but one source said that the data in that application is insufficient. Johnson & Johnson has not submitted their shot’s data yet. And, the FDA has not received data it requested from Israel, where much of the early research pointing to a need for boosters originated.

The FDA’s outside advisory panel has scheduled a meeting September 17 to discuss boosters.

2. How Delta may go from here

The NY Times talked to a number of epidemiologists about the future with Delta in the US. The consensus is for a bumpy path ahead, not the fast drop after a sharp peak seen in the UK and India. Some US states (such as Missouri) that were hard-hit in Delta’s wave are seeing cases decline now, but at the same time the Midwest and Northeast are experiencing rising rates. (Minnesota’s may be beginning to level off, but at this tracking site it depends on the smoothing interval you choose to display.)

The opening of schools may presage a bump in community transmission this fall; this didn’t really happen last year but we are doing less in the way of mitigations (such as masking) this time.

Dr. Céline Gounder, whom we met last time, believes we’ll see peaks at the upcoming holidays, like last year only milder, and that we won’t really turn the corner on Delta until the spring. (My optimistic projection from last month is not looking so good).

3. Auto-antibodies are a key to severe disease

A central and enduring mystery of SARS-CoV-2 is why it hits some people so hard and spares others almost entirely. One part of the answer has been explored by a group led by researchers out of Rockefeller University: rogue antibodies that attack elements of the immune system. A large international study found that these auto-antibodies were present in about a fifth of patients with severe Covid-19, who were either admitted to an ICU or died.

Further, the presence of the auto-antibodies rises with age. This “massive increase in prevalence… largely ex­plains the high risk of severe COVID in people in the elderly population,” according to the principal in­ves­ti­gator.

Nature has a summary of the research, with commentary and additional links.

A British study of breakthrough infection rates (following one and two doses of vaccine) brought out additional data on the prevalence of long Covid in vaccinated vs. unvaccinated people who contracted Covid-19. The re­search­ers wrote, “The odds of having symptoms for 28 days or more after post-vaccination infection were ap­prox­i­mately halved by having two vaccine doses.”

This makes intuitive sense when we consider that vaccination reduces the severity of disease across the board. Fewer people with asymptomatic cases of Covid-19 go on to suffer long Covid than those who develop a more serious case.

The study used data submitted by millions of UK adults via a Covid symptom phone app.

Here is a summary from Stat News.

5. Getting Covid is going to cost you more

Out-of-pocket costs related to Covid-19 have been minimal for most people so far in the pandemic, with costs for testing, vaccination, and hospitalization largely borne by the federal government and secondarily by insurance companies. These affordances are coming to an end.

The total cost of hospital treatment for Covid-19 averages out to $40,000, according to researchers. A study released this summer indicates that, for those who have had to share in the cost of treatment, costs have averaged $3,800 out-of-pocket ($500 to $10,000). These ballpark figures may be indicative of what the rest of the insured may be paying for treatment going forward.

Diagnostic / screening Covid testing might start hitting the pocketbook, too. Confirmatory testing following symptoms will probably continue to be free to the consumer, as will vaccination.

The NY Times reports that a Kaiser survey found 72% of large health plans no longer waiving deductibles and co-pays for Covid treatment. I was heartened to read that insurance companies are beginning to ask whether the costs of Covid treatment should be spread across the entire population, or should instead be borne dis­pro­por­tion­ately by the unvaccinated.

Since we last visited this story, more instances of vaccine contamination have come to light and a million more doses have been recalled. The original con­tam­in­ation has been confirmed as grade 316 stainless steel. Experts say it would be very unlikely to cause serious harm if injected in small quantities into muscle.

But other contaminated vials, from three separate lots, may have contained rubber from the vial stoppers. Authorities say this could have resulted at vaccination centers from incorrect handling when drawing doses from the vials. The Spanish contract manufacturer, Rovi, has taken responsibility for the stainless steel con­tam­ination and is not suspected of involvement with the rubber.

Two men in their 30s have died within days after their second shot with vaccine from a stainless-steel con­tam­i­nated batch. No relationship between the deaths and the vaccinations has been established.

For today’s frippery, meet comic artist, musician, and newly minted podcaster Keith Pille, who in December of 2019 unleashed a tweetstorm outlining the story of how the US Navy battled sea monsters in the Pacific be­gin­ning in the waning days of WW-II. But don’t start with that unrolled Twitter thread; instead start where I dis­cov­ered the story, in a podcast just gearing up at The Kraken Busters website. Three episodes are posted so far, each just over 20 minutes long (but listening at 1.2x or 1.4x works well). Pille, who in the first episode calls himself a “writer and historian,” delivers the detailed history in deadpan style and with an earnest DIY aes­thetic. Have to admit he had me going for a while there.