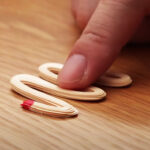 Items of recent pandemic news you may have missed: Delta Air Lines’ strong en­cour­age­ment for vaccination; contaminated vaccine in Japan; good news on a J&J booster; and the dent approval is not making in vaccine hesitancy. Plus two fripperies.

As we have been predicting, full FDA approval for the Pfizer / BioNTech vaccine is failing to change minds among the vaccine-hesitant. The Washington Post notes that many of the loudest voices decrying the lack of approval of emergency-authorized vaccines are now railing against the FDA for moving too fast to approve. That 31% of the hesitant who told pollsters that approval would shift their opinions? I will be surprised if more than a small fraction of that number end up getting the jab.

A booster of J&J works

This is not the readout of the long-awaited J&J Phase III trial administering two shots eight weeks apart; this is a separate, small study in which 17 people who had received the J&J vaccine got a booster dose at six months. Their antibody levels jumped nine times higher. Antibodies routinely decline after immune system stimulation, but the decline after J&J’s single shot has been reported to be less than that seen for the mRNA vaccines.

On the same day the J&J news dropped (Wednesday August 25), Pfizer reported results of a booster trial in which 306 people got a third shot 5 to 8 months after the first two. Pfizer reported that antibody levels tripled after the boost.

J&J said it was submitting its results to the FDA (as Pfizer has) in hopes of being included in the administration’s plans for booster shots beginning next month.

Note that neither J&J’s nor Pfizer’s results have been reviewed by peers or published in a scientific journal.

A contaminated Moderna batch in Japan

The vaccination program in Japan took a hit when Moderna put a hold on three batches of its vaccine that may have been contaminated, possibly by metallic particles. It is now believed that only a single batch was affected, though Moderna pulled two adjacent batches as a cautionary measure. The suspect batch contained 1.63 million doses that had already been distributed to over 800 vaccination sites. Some of the doses went into arms.

The problem is believed to have been introduced at the factory of a Moderna manufacturing partner, Rovi, in Spain.

The Moderna vaccine is in third place in Japan, after Pfizer and AstraZeneca.

Japan has its own stubborn tradition of vaccine hesitancy, smaller percentage-wise than the problem in the US (which trails only Russia in resistance to vaccines). A contamination incident cannot be good for vaccine uptake.

United Airlines has mandated vaccination for its employees, and so far is the only major airline to take this step. I was hoping Delta would follow suit — for purely selfish reasons, as that’s the airline we fly most out of MSP. Delta has not done so, but following word of FDA approval for the Pfizer vaccine it has announced a package of measures that might be almost as good.

All employees must wear masks. Starting next month, unvaccinated employees will have to be tested weekly, and be­gin­ning in November they will pay a $200 monthly surcharge on their medical coverage. Upon infection, only the vaccinated will be eligible for the company’s pay protection program.

The CEO’s letter announcing these measures notes that each employee hospitalization with Covid-19 costs the com­pany $50,000.

Delta says that 75% of its employees are already vaccinated. The new measures are bound to encourage some of the holdouts to get a shot — or leave the company.

Two fripperies are on offer today. The first is an endlessly imaginative collection of stop-motion videos involving kitchen matches. Each one lasts for a quarter second to several seconds. By my count there are 143 of them. The creator is the designer Tomohiro Okazaki. This 7-1/2 minute video represents seven months of work.

The second frippery is the sixth installment of Julie Nolke’s series of time-travel vignettes (she calls it Part 5 for complicated reasons). In this one the Julie of today goes back to visit herself last December. All six videos are embedded on this blog’s post from June 2020.