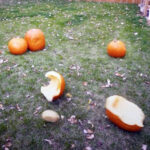 Items of recent pandemic news: Is the FDA moving too fast or too slow? Flying blind on Delta break­through data; an early hint that boosters do what was hoped; and full FDA approval for Pfizer / BioNTech. Plus a frippery.

As you have undoubtedly heard, Pfizer / BioNTech got their biologic license yesterday morning. Everyone covered it; here’s Stat News’s writeup.

The FDA reviewed 340,000 pages of documentation submitted by Pfizer. That mass of paper would take up a cube eight feet on a side.

Will full approval for this vaccine mean that the vaccine-hesitant will now line up for a shot? Perhaps. A widely cited survey by the Kaiser Family Foundation a couple of months back found 31% of the hesitant telling survey workers that full vaccine approval would incline them more towards rolling up a sleeve. I’m more apt to believe Baylor’s Peter Hotez, who is on the front lines of fighting vaccine disinformation:

I think having the full approval will certainly convince some, but it’s just one of a doz­en fake talking points put out there by the disinformation campaign. And, I think a num­ber of people are just going to revert to one of the other ones.

What will move the needle on vaccinations is mandates. The day the FDA issued their approval, the Pentagon an­nounced its mandate for 1.4 million active-duty service members; and New York’s outgoing governor ordered that 148,000 public school workers be vaccinated by late September. The NY Times lists other mandates in place and coming soon, including one from the University of Minnesota, announced yesterday.

Now that a Covid-19 vaccine is approved, physicians are free to use it “off-label,” and some worry that they will im­med­i­ately vaccinate children before the results from efficacy and safety studies are in. The FDA explicitly warned against doing so.

Full approval means that Pfizer can market its vaccine in the US under the brand name Comirnaty. While this name is not exactly news — we covered it last December — the wide visibility of the approval announcement has brought the name under scrutiny. And mockery. One of the milder comments on Twitter: “Every vaccine should get a name like someone pronouncing ‘community’ with three or four deviled eggs in their mouth.”

In early May the CDC told all the public health agencies that send it data that they needn’t report “breakthrough” in­fec­tions — ones that occur in fully vaccinated people — that do not result in hospitalization. Why did they do this? ProPublica tried to find out but did not get a real answer from the agency. The upshot is that we only know about per­haps 10% of such breakthroughs as Delta rages.

As we have been reporting, the world is not best pleased with the US and other Western countries over their de­cis­ions to spend scarce vaccine on booster shots for their already vaccinated citizens. Wired has a progress report on the building outrage.

Here is an early hint that boosters may in fact work at reducing the spread of the Delta variant. The Jerusalem Post writes about early indications from Israel that giving boosters to its oldest citizens, as it began doing early this month, is already bending the curve downward.

All of the usual cautions, and more, apply here: this is a story in the popular press, not even a press release, let alone a preprint or a published account of scientific research. I’m taking the report as a straw in the wind, and will keep an eye on developments.

But I would be unsurprised if booster shots were shown to reduce infection and spread. Both Pfizer and Moderna have reported that boosters multiply the body’s supply of anti-SARS-CoV-2 antibodies — just what you want to protect against infection and to keep the viral load in check in the early days of highest infectivity.

Too fast? Too slow?

Hilda Bastian has a piece in The Atlantic on the tug-of-war the FDA finds itself in during this pandemic — and, in fact, perpetually — between those who urge it to move quickly to reduce suffering and death, and others who want the agency to proceed carefully so as not to damage what is left of its reputation for accuracy, caution, and fidelity to the science. Now that one vaccine has achieved full approval, the battle lines will shift to whether the FDA is moving too quickly or too slowly in authorizing shots for kids.

To reward your patience today, the frippery is Kevin Parry turning into various objects (video embedded below). Here’s how this movie magician filmed himself becoming snow, balloons, a pumpkin, and flames. This collection of Parry’s tutorials is instructive: the earliest how-to videos, 3-1/2 years back, are 9, 10, 11 minutes long. The latest are under a minute. It’s fascinating to watch a craftsman learning how to squeeze all the fat out of his craft.