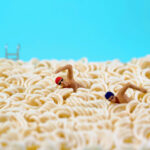 Items of recent pandemic news you may have missed: The youngest children are strong spreaders of SARS-CoV-2; all the Covid-19 deaths that did not happen; the case against US booster shots; and more. Plus a frippery.

The announcement that the US intends to begin supplying booster shots to every vaccinated American beginning September 20 has drawn considerable fire. Let’s look at some of the arguments that that was the wrong decision.

Both Stat News and Fierce Pharma have summaries of opposing voices, begin­ning with the WHO: “We’re planning to hand out extra life jackets to people who already have life jackets, while we’re leaving other people to drown.” Observers fault the administration for not following the usual FDA – advisory committee – CDC path to such a policy. Stat nutshells it this way: “The Biden administration’s decision… is being met with bafflement, concern, and even anger from a number of immunologists, vaccinologists, and people steeped in the normal way such decisions are made.”

Perhaps the most telling criticism is that the administration has gotten out ahead of the science. The crux of the argument for boosters goes like this: protection against infection and mild disease is waning, and we’re worried that protection against more severe disease and death might soon start to wane, too. This does not follow, argues Vincent Raciniello, host of This Week in Virology. In brief: we expect the antibodies to wane, and there is no evidence that protection against severe disease, provided by immune memory cells, will drop off any time soon. It might, but we have no data. It might last a lifetime, the way measles vaccination does, but we have no data.

2. About the evolution of viruses 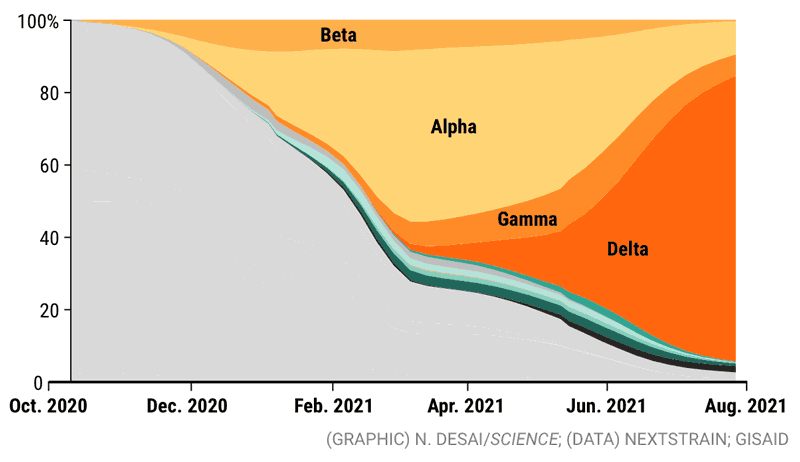 Science Magazine has an excellent overview of the history and prospects for the evolution of this virus (thanks to David P. for the tip). Among the things I learned from this article:

Researchers have built a model to estimate how many Covid-19 cases and deaths the US vaccination program averted between December last year and early May this year. The answer: 3 million cases and 140 thousand deaths. The researchers looked state-by-state and found that all 50 states benefitted from the avoided mor­bid­ity and mortality; on average the states experienced 5 fewer deaths per 10,000 residents than they would have in the absence of vaccines.

Here are links to a RAND Corporation press release (the researchers were from RAND and Indiana Uni­ver­sity-Purdue University Indianapolis) and a summary from CIDRP. The paper itself is not open-access.

The NY Times has an overview on recent research into the effects and efficacy of the plexiglass barriers that appeared everywhere last year in an attempt to slow the spread of SARS-CoV-2. The consensus now is that they didn’t do much good and may have made the problem worse.

A plexiglass window between customer and cashier makes sense if you believe the main way the virus trans­mits is via large droplets — this was the common belief until recently among all but a small group of researchers (who had it right!). Now the important role of aerosol spread is more widely accepted, including by the WHO and the CDC.

Imagine a virion-suffused aerosol cloud as cigarette smoke. Plexiglass will temporarily keep it on one side of the barrier, but the smoke will eventually work its way around. And barriers will interrupt the normal airflow in a space, and could end up concentrating smoke (aerosols) in small pockets of high danger.

I note with approval that Trader Joe’s in St. Paul has removed its plexiglass, as of the last time I visited. Plex­i­glass is recyclable in theory but not in Ramsey County.

Older kids are more likely to bring SARS-CoV-2 home, but younger kids show a greater propensity to pass it on, according to a new study out of Canada (NY Times coverage). The researchers surmise that this is because the young­est kids require more hands-on care and cannot be left isolated if infected. The Times quotes an epidemiologist on the study: that it “clearly shows that there’s transmission from children occurring in the household. This means we urgently need to think about how we’re going to protect schools when they reopen shortly.” Here is the paper. 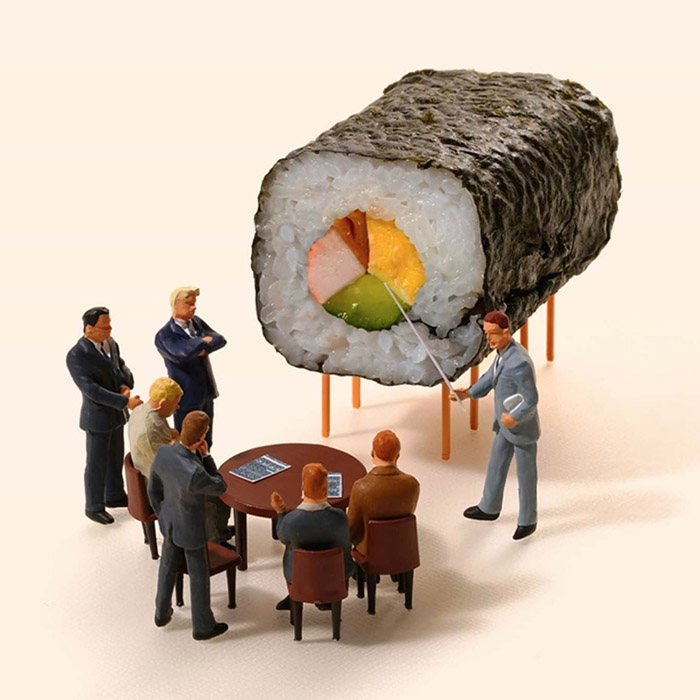 Your frippery today is an introduction to Tatsuya Tanaka, a Japanese designer who has produced a new scene of miniature life every day for the past 10 years. My hat is off to anyone who can produce anything every single day over such a span, let alone creations of such consistent whimsey and imagination. Those little human figures? Tanaka 3D-prints them and paints each one by hand. Here are Tanaka’s website, Insta, Twitter, and Facebook page.