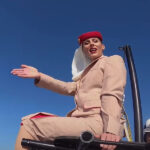 Items of recent pandemic news: Saliva tests may not be sen­si­tive enough for the asymp­tom­atic; early antiviral promise for a cholesterol-lowering drug; booster shots coming to the immunocompromised and then to all US citizens; and more. Plus a frippery.

1. US booster shots in September

As we have been reporting, the US will soon announce a program of booster shots for all (or most) Americans. It may be announced this week and begin by mid-September, according to the NY Times and other outlets. People would be eligible for a booster eight months after their second shot. Outlets are re­port­ing that there will probably be a prioritized introduction with nursing-home residents and health-care workers getting first access — and in fact those groups were the ones being vaccinated eight months ago.

In planning for population-scale booster shots, the US will be ignoring the moral (and practical) imperative to vaccinate the rest of the world laid out by the WHO’s Secretary-General earlier this month. The ad­min­is­tra­tion will also be risking a loss of confidence in the vaccines: I anticipate that the anti-vax brigades will pick up the booster as an “I told you so” talking point.

More than a million US citizens have already managed to secure unauthorized booster shots, according to the Times and others.

2. CDC endorses a third dose for the immunocompromised

This move was uncontroversial — the WHO even explicitly carved out the immunocompromised from its plea to nations not to spend precious vaccine resources on large-scale booster programs. After the FDA authorized such a targeted booster program late last Thursday, the CDC’s advisory committee met Friday and unanimously agreed to the plan; the head of the CDC added her approval within an hour on Friday afternoon. Here is the CDC’s official recommendation.

MinnPost has started a list of the local organizations that have declared that all employees (and/or other stakeholders) must get shots. I note with considerable unhappiness that Delta Airlines is not on the list. The reporter, Greta Kaul, will be keeping it up to date.

Millions of people in the West have been breathing in air polluted with sub-2.5-micron particles (PM 2.5), and we in Minnesota had more than a week of that late last month, from Canadian wildfires. Such poor-quality air can weaken lungs, blunt the immune response, and make people more susceptible to severe cases of Covid-19. A statistical study out of Harvard estimates that the Western wildfires last year were responsible for over 20,000 excess cases of Covid-19 and over 750 deaths. Here is the NY Times’s coverage.

It’s too early to get excited, but a common drug used to lower cholesterol, fenofibrate, has been shown to reduce SARS-CoV-2 infection by 70% in monkey kidney cells in a laboratory.

The reasons to temper our enthusiasm: It’s vero cells, not human epithelial cells. No animal model has been studied (mice, ferrets, monkeys). No human trials have been mounted. The early results could fall apart at any one of these stages — and in the drug development pipeline, the vast majority of drugs showing early promise do fail to live up to expectations.

Here is popular coverage from the Boston Herald, picked up by the Pioneer Press.

6. Saliva tests are insufficiently sensitive for the asymptomatic

Obtaining a saliva sample is far easier and less uncomfortable than submitting to a nasopharyngeal swab, and many states — including Minnesota — rely on this modality of sample collection in their testing pro­grams.

But a new research letter published in JAMA concludes that in each week following a SARS-CoV-2 infection, saliva tests lose sensitivity, and at all times are less sensitive than tests using nasopharyngeal samples.

Saliva testing was most sensitive within the first week after SARS-CoV-2 infection, at 71% — but more so for symptomatic patients (88%) than for the asymptomatic (58%). The researchers conclude, “saliva-based RT-PCR should not be used for asymptomatic Covid-19 screening.”

Your frippery today is a 33-second commercial for Emirates Airline. A woman dressed as an Emirates flight attendant (in real life she is Nicole Smith-Ludvik, a UK skydiving instructor) delivers a simple message on successive hand-written poster cards. Then the drone capturing the video backs away and… well… Here’s how they made it.

That style of presentation, short hand-written phrases on throwaway cards, goes back to the video for Bob Dylan’s Subterranean Homesick Blues, shot in London in 1964 (that’s Alan Ginsberg chatting animatedly in the background). In 2007 a site briefly existed that would make a video displaying visitors’ customized mes­sages on the cards Dylan handled. The throw-away-cards meme reached some sort of pinnacle (IMO) 50 years after Dylan in Key & Peele’s Aerobic Meltdown sketch, November 2014.