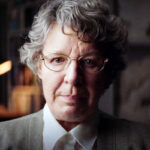 Items of recent pandemic news: China will donate 2 billion doses; the unvaxxed consider shots more dangerous than Covid-19; FDA is fast-tracking full approval for Pfizer; countries and the WHO weigh booster shots; and more. Plus a frippery.

Last week the NY Times’s sources said the FDA is going full-bore for quick approval of the Pfizer / BioNTech vaccine, aiming for the end of August. But the next day the Wall Street Journal found other sources who pointed out heated discussions within the agency and a possible delay until mid-September. (The latter story has already gone behind a paywall.)

Once full FDA approval is granted to a vaccine, the vaccine-hesitant will have one less reason to avoid getting a shot. My expectation is that any increase in vaccination rates due to approval will be slight, perhaps im­per­cep­tible in the statistics. Approval will, however, end the threat of lawsuits by resistors against com­panies, hos­pitals, universities, etc., that may begin to require vaccination. One likely immediate outcome from approval will be the US military requiring shots for its 1.5 million enlisted members and civilian workers.

Approval will also allow doctors to prescribe vaccines with greater flexibility — for example offering a booster dose to an elderly or immunocompromised patient.

In his weekly clinical update on TWiV, Dr. Daniel Griffin said he expects that September will bring both ap­proval for Pfizer and emergency authorization for shots to kids ages 6 and up.

2. WHO urges slowdown in the rush to booster shots

As the (developed) world scrambles to approve booster shots for some of their citizens, The Director-General of the WHO called a press conference to apply the brakes to the movement. How well that works remains to be seen.

Dr. Tedros Adhanom Ghebreyesus called on Western nations to delay considering third shots until at least the end of September, in an attempt to boost the supply of vaccines to poor and developing countries. The goal is to get enough vaccine pledged to COVAX to cover 10% of the world’s population. High-income countries have so far administered 66 times more vaccine per capita than poor countries.

The WHO’s director of immunizations, vaccines, and biologics stressed that the global West’s drive for booster shots for the general population is so far not backed by science.

WHO stressed that the proposed moratorium is meant to apply to widespread booster campaigns and to ex­empt limited programs aimed at vulnerable populations such as the immunocompromised, who tend not to make an adequate immune response to vaccination.

Here is coverage from the Washington Post and Ars Technica.

The Washington Post and other outlets are reporting that the FDA is hastening to authorize third shots for immunocompromised individuals “within days or weeks.” The agency would modify the EUAs for all three vaccines to cover this use case.

The Biden administration wants whatever booster guidelines that emerge to be the same for all of the cur­rent­ly authorized vaccines. For Pfizer’s shot, such authorization will become moot once full approval is granted; at that point, physicians will be free to prescribe the vaccine in whatever way they deem best. (Moderna began the application process for full approval three weeks behind Pfizer, but has not completed it yet. Johnson & Johnson have said they will apply later this year.)

There are about seven million immunocompromised adults in the US.

The federal government won’t fund further manufacturing of the Novavax vaccine until process shortfalls are addressed, the company revealed in an SEC filing. And Novavax will delay filing to the FDA for emergency use in the US until after September.

Novavax was one of the companies selected by the former administration’s Operation Warp Speed, and was on track to receive $1.75 billion for delivery of 110 million doses. Federal money is still flowing for other parts of the program, such as clinical testing.

The company has filed for regulatory approval in India, Indonesia, and the Philippines, and plans to submit the vaccine for listing at the WHO later this month.

5. Long Covid is rare in kids

A study published in The Lancet looked into the prevalence of post-acute sequelae of Covid-19 in children. It came to the welcome conclusion that fewer than 5% of Covid-positive kids still had symptoms after four weeks, and only 2% at eight weeks. Older kids were more likely to suffer prolonged symptoms than younger ones. Here is a CIDRAP summary of the research.

6. China to provide 2 billion doses to the world

That headline, reflecting the carefully worded one in the NY Times, does not specify whether China intends to donate the doses or to sell them. The article also notes that the two billion doses will not be supplied to COVAX, the established initiative for distributing vaccine to poorer countries, but instead will go “to an in­ter­na­tional Covid-19 vaccine cooperation forum chaired by the Chinese government.” (China will be donating $100 million to COVAX in parallel.) There is also no clarity about whether the promised 2 billion includes the almost 1 billion doses of Sinopharm and Sinovax already sold and promised in bilateral agreements around the world.

7. The unvaxed think shots are more dangerous than Covid-19

(Spoiler: They are not.) A Kaiser Family Foundation poll taken in the last half of July found that 57% of un­vac­cin­ated Americans consider getting a shot to be a bigger risk than catching Covid-19. Among vaccinated people, 88% correctly assessed that the relative risks are the other way around. Majorities of the unvaxxed agreed with KFF questions phrased like Fox News talking points: that the media greatly exaggerated the pan­demic’s seriousness and that delta isn’t all that dangerous. Here is the Washington Post’s summary of the survey.

A neutron star (simulated), the exotic object that in the right conditions can present as a pulsar.

Your frippery today is the story of Jocelyn Bell Burnell (current photo at top left), who dis­cov­ered pulsars at the age of 24. The NY Times has a short writeup and a 16-minute video interview (by Ben Proudfoot) that is a joy. Bell Burnell’s supervisor, Antony Hewish, won a Nobel prize for the discovery of pulsars in 1974.

Bell Burrell is not the only woman passed over for notice in the fields of science. Consider Lise Meitner, who contributed to the discovery of nuclear fission and failed to share the Nobel prize for it; or Nettie Maria Stevens, who discovered X and Y chromosomes but was not credited for the work.

Bell Burrell finally did achieve recognition for her discovery, in 2018, in the form of the Special Breakthrough Prize in Fun­da­men­tal Physics. She has donated the entirety of the $3 million prize money to the Institute of Physics for a program to help female, minority, and refugee students seeking to become physics researchers. At 78 years of age, Dame Jocelyn Bell Burrell now sports the letters DBE, FRS, FRSE, FRAS, and FInstP after her name.