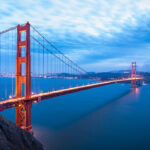 Items of recent pandemic news you may have missed: Too much testing of asymp­tom­atic immune people? The new risk calculus of the delta variant, the coming mitigations, the anatomy of why delta spreads so fast, and more. Plus a frippery.

1. Why delta spreads so fast

Delta gets into cells more easily and (possibly) more quickly. As a consequence it produces more copies of SARS-CoV-2 in the human body. More copies means a higher likelihood of trans­mit­ting the virus to others. A preprint (not peer-reviewed) out of China gives a couple of data points on the phenomenon.

The legacy variant of SARS-CoV-2 takes six days (on average) to go from infection to enough virus to detect via RT-PCR. Another two days typically elapse before the infected person has enough viral copies to become in­fec­tious. Delta develops from infection to detectable in four days — and at time of first detection, the viral load is 1,000 times higher than for the legacy variant.

That person may already be infectious, and probably has no symptoms.

Imagine the ideal case in which the person gets tested exactly at the four-day mark. Twenty-four or 36 hours later they learn that they are positive. They have already been spreading virus to their friends, family, and contacts for all of that time.

Watch for about 5 minutes as Dr. Daniel Griffin explains on This Week in Virology why the combination of larger viral load and faster ramp to infectivity is defeating the mitigations put in place for Pandemic 1.0. Money quote: “We’re thinking that there’s a more rapid rise from negative to infectious.”

Consider what 1,000 times the amount of virus means for the chances of passing it on. The previous CDC guidelines specified a danger of infection after 15 minutes in contact with a contagious person. Infection depends on the critical number of active viral particles passing from person to person and lodging among susceptible human cells (say, in the upper airway). No one knows what that critical number is. But the chance of infection is proportional to the number of viral particles present multiplied by the exposure time. Multi­ply­ing the viral load by 1,000 is equivalent to cutting the required exposure time by the same factor.

Some caveats: This study estimated viral level at a point in time; it did not capture the peak level, or the total amount of virus produced (the area under the curve). Te PCR positivity did not necessarily represent the amount of infectious virus; it could have been picking up copious harmless RNA fragments. In short, that factor of 1,000 is indicative but not definitive.

I expect that soon we will see recommendations at the federal level on mask wearing for vaccinated people. In some places and institutions we are already seeing vaccination mandates, and more will be announced.

Experts are calling for the re-imposition of mask mandates. Dr. Fauci says the topic is under “active con­sid­er­ation” at the federal level. Some are recommending that people upgrade from cloth masks to N95s or KN95s.

Late last week the Consortium on Law and Values at the University of Minnesota hosted a symposium on the question of colleges and universities requiring vaccination. Panelists included UMN’s Michael Osterholm, Stephen Thomas from the University of Maryland, and Georgetown’s Lawrence Gostin. All broadly agreed that such mandates could help get more people vaccinated, but the discussion brought out nuances to the question. For example, Dr. Osterholm worried that a premature mandate could freeze the vaccine-hesitant into a “hard no” position as they invoke options to refuse the shot. (Subscribe here to be notified of future events in the Consortium’s excellent series.)

The Department of Veterans Affairs has mandated vaccination for all of its health-care workers. The city of San Francisco imposed a mandate on all of its workers, and the state of California followed with the same. New York City now requires municipal employees to get vaccinated or submit to weekly testing.

Expect more such news in the coming days.

Dr. Scott Gottlieb, who headed the FDA in the previous administration, recently said on Face the Nation:

If infected, the vaccinated will probably not get very sick, go to the hospital, enter the ICU, get intubated, or die. Study this graphic comparing the second and third waves of Covid-19 in England: hardly anyone is dying this time around. 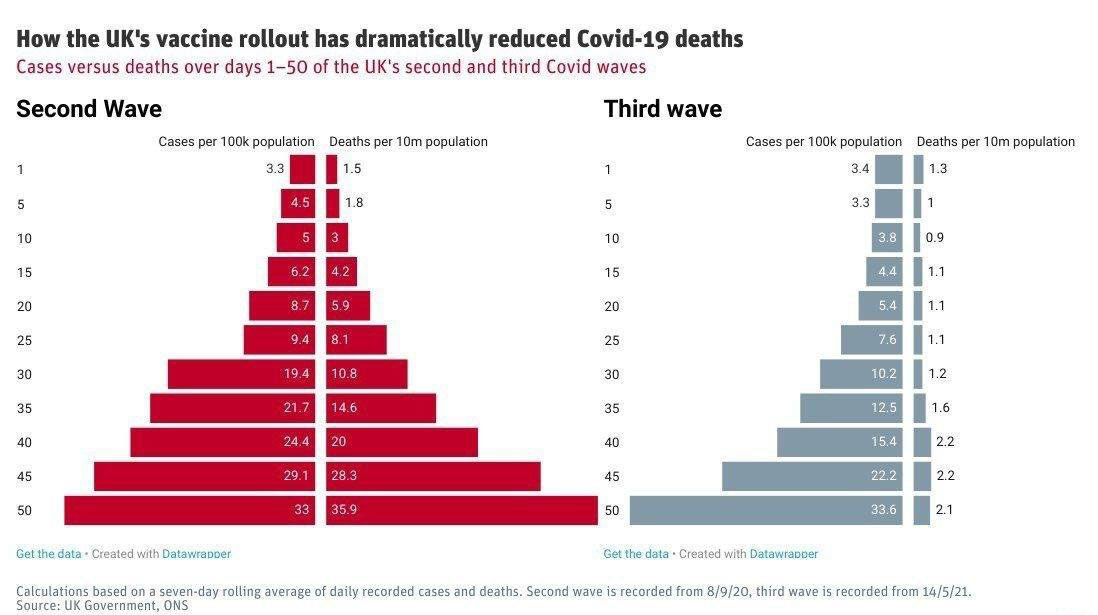 But experiencing a “mild” case of Covid-19 is not nothing (and there is long Covid, which you have about one chance in four of suffering). This reflection from Susan Matthews spells out what a mild case means, and goes through the implications of a large number of “breakthrough” infections.

In June I had set up a long-anticipated and longed-for road trip back to Massachusetts for early September, to reconnect with friends. Last weekend I unwound all of the reservations and put the trip on hold. We will go on the road again at some point, but it is unlikely to happen in September.

This Washington Post opinion piece argues that we are now testing too many vaccinated, asymptomatic people. The authors, infectious disease experts, say that we are picking up many cases where the virus has merely “colonized” an immune host and can’t spread further, and that these cases are distorting the statistics on the breakthroughs that matter.

A recent study published in JAMA Network Open shows that people who had tested positive for SARS-CoV-2 displayed changes in behavior and physiology, including an elevated heart rate, for weeks or months following infection. The heart rate disruption may be a sign that the virus has interfered with the autonomic nervous system, possibly via an ongoing inflammation. Here is the NY Times summary of the research.

Heavy sledding today. To reward your patience, the frippery is a musician who plays duets with the Golden Gate Bridge. Recent repairs have left the structure with a tendency to sing (loudly) when the wind is right, and Nate Mercereau seized the opportunity to make music with the iconic bridge.


[ Note added 2021-07-27: ] That was quick. While I was drafting this edition, several outlets (NY Times, Reuters, NBC News, Stat) were reporting that the CDC was set to revise its masking recommendations. This the agency did at 2:00 pm (CDT) today. The recommendation is that everyone, vaccinated or not, wear a mask indoors in areas where viral spread is “high” or “substantial” — that’s almost 3/4 of the counties in the US at this writing; and kids should mask up when they go back to school.