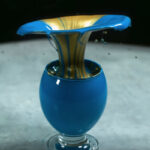 Items of recent pandemic news you may have missed: What the delta variant actually does (hint: it doesn’t “transmit” better); about correlates of protection; and the unresolved question of how the J&J vaccine works against delta. Plus a frippery.

J&J vs. the variants

We recently called strike three on Johnson & Johnson’s one-shot vaccine after the FDA slapped a warning label on it for an association with Guillain-Barré syndrome. A new study out of NYU, posted this week as a preprint, may be strike four. As the NY Times reports, the study indicates that a single shot of the J&J vaccine is less effective than convalescent plasma against a number of SARS-CoV-2 variants, including delta. (Both mRNA vaccines outperformed plasma from recovered Covid-19 patients against both the original strain and all variants tested, in these contrived laboratory ex­per­i­ments.) The NYU researchers suggest that those who received the J&J vaccine should seek a booster of one of the mRNAs, even though the CDC does not recommend such.

The NYU study may not be the last word. An earlier letter in the New England Journal of Medicine, by researchers in Boston and at J&J’s Janssen subsidiary, showed good effectiveness for the J&J vaccine against the variants. Here is the NY Time’s coverage on that paper.

So which result should we believe? Derek Lowe’s blog at Science summarizes the data from both studies and concludes with what is, unfortunately, the only possible answer at this time: we’ll have to await more data.

How do you know if you are protected against SARS-CoV-2? The short answer is: you don’t. You can be recovered from Covid-19, or vaccinated, or both, but there is no test you can take that will give you a simple yes/no answer to the question.

Writing in The Atlantic, Katherine J. Wu discourses on correlates of protection. This clumsy term en­codes what Wu calls “one of the sexiest concepts in the field of vaccinology.” The idea is to generate a single number that stands in for the unimaginable (and largely mysterious) complexity of the human immune system’s response to a vaccine or an infection. Score above that number and you are protected; below and you are not.

Such a number is hard to come by. We still don’t have correlates for some vaccines that have been in use for decades: those that protect against mumps, rotovirus, or TB. But now Wu reports that scientists are “on the cusp of confidently defining some correlates of protection against symptomatic disease for the Covid-19 vaccines,” noting:

One group of researchers in the [UK] has proposed a correlate of protection against Covid-19 for AstraZeneca’s vaccine; two others, one in Australia and another in the [US], have taken a stab at pinpointing measurements that will hold true across several different shots, including the three available to Americans.

What is this correlate? “Neutralizing antibodies are it,” one researcher said. But as with everything im­mun­o­log­ical, it is not that simple; read Wu’s piece for more of the nuance.

Delta is clearly fitter for its task — commandeering human cells to make more copies of itself — than other variants now circulating. We can tell because it rapidly becomes dominant wherever it shows up. The press is fond of saying that delta is more transmissible, but this assertion has not been proven — see this TWiV episode featuring viral transmission expert Ron Fouchier. What we can say is that delta spreads faster, and this may be down to its ability to evade antibodies.

So if we don’t know whether delta is intrinsically more transmissible, what do we know about it? From a new study out in preprint form, we know that delta produces more viral copies in the hosts it infects — by a factor of a thousand — and that those hosts become infectious sooner, in about four days vs. six days for the ancestral strain. Here is NPR’s coverage of this research.

To reward your patience, the frippery today is video from the Macro Room. Embedded below is footage of an elaborate rig for 360° slow-motion video, filmed with an fps4000 camera at 960 frames per second. (I found the final sequence, involving a toy jet plane, more than a little tone-deaf.) I’m quite partial to this clip in which a video magician plays with time.