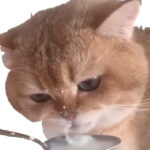 Nine items of recent pandemic news you may have missed: Rapid testing, mixing and matching vaccines, booster shots, the genetics predicting severe Covid-19, another blow to J&J, some mechanisms behind neurological damage, and more. Plus a frippery.

By now you have almost certainly heard about the brouhaha raised after Pfizer and BioN­Tech announced last Thursday they wanted to apply to the FDA for authorization to offer a third, booster, shot of their vaccine. The Biden administration was blindsided; Pfizer had not thought to give authorities a heads-up. Pfizer’s CEO called Dr. Faucci and apologized for that.

Within four hours of Pfizer’s announcement the FDA and CDC had issued an unusual (perhaps unprecedented) statement declaring that fully vaccinated US adults do not need a booster at this time. The WHO slammed Pfizer’s initiative, saying that any extra doses should go for coverage in vaccine-starved parts of the world, not for re­dun­dant assurance in rich countries.

Pfizer said they wanted to present evidence to government regulators that a booster makes sense. They said their data showed a 5x to 10x increase in antibody levels after a third shot, 6 to 12 months after the second. A video meeting was arranged for last Monday — with some experts complaining that any such evidence should have been presented publicly instead, on the agenda at an open meeting of the CDC’s ACIP advisory council.

The meeting took place. Government officials were unmoved by Pfizer’s pitch, according to the NY Times. They stressed that any decision on booster shots will take into account much more than data from a vaccine manu­fac­turer, including evidence that protection against more serious illness might be waning.

The UK plans to offer booster shots to its most elderly citizens starting in September, and Israel is doing so now.

2. J&J to get a warning label for Guillain-Barré

The FDA said that Johnson & Johnson’s vaccine may trigger the rare paralysis condition. A database run by the FDA and the CDC has collected 100 cases of Guillain-Barré after 12.8 million shots have been delivered, a rate of less than one in 100,000. Guillain-Barré causes progressive paralysis but is usually reversible and is rarely fatal. The syndrome can be caused by a viral infection or, less frequently, by vaccination — and not just for Covid. The FDA is not requesting a pause in administration of J&J’s vaccine, as it did last spring over blood clot concerns, but will be requiring a warning label on the shot. Here is the Washington Post’s coverage.

3. An at-home saliva test for Covid

A British startup has created a home test for Covid-19 that is accurate and fast (15 minutes) and requires only a mouth swab for saliva. The test is in use in Britain after receiving CE approval; its inventor, Vatic, has applied for an EUA in the US. I did not see any indication of how much the test might cost if authorized here. The test detects only infectious virus, Vatic says, thus avoiding the false positives possible with PCR testing — which can pick up RNA fragments long after the immune system has fought off the virus. Vatic’s KnowNow platform can be adapted to detect many other pathogens in the future.

5. The promise of a breathalyzer test

Even easier and faster than collecting saliva and waiting 15 minutes: one version of the Holy Grail in Covid-19 testing would be a breathalyzer-like device that could read out in seconds. The NY Times delves into what makes this so hard to accomplish and profiles several efforts at developing such a product in the Netherlands, Ohio, and Missouri, among others. The Ohio group has applied for FDA authorization for their device.

The Wall Street Journal summarizes new readouts from the UK-based Com-COV study of mixing and matching vaccines (which we have discussed before). Here is a link to the WSJ article in audio form if you prefer that. These results lend support to the practice of heterologous prime-boost, which is already in use in some countries including the UK and Canada. The study compared immune responses from two doses of Pfizer / BioN­Tech (four weeks apart), two of AstraZeneca / Oxford, and mixed series of one then the other, in both orders. The table shows in rough relative terms how these four vaccine sequences performed in generating antibodies (Ab) and T cells (T). The team is also working with Moderna and Novavax vaccines and will report more results over time.

Last January we reviewed some of the suggestions for getting more shots into more arms, quicker. Now that vaccine supplies are ample — at least in the first world — these ideas are not getting so much attention. But the rest of the world is still starved for vaccine, of course, and the idea of fractionation, using smaller doses, has resurfaced. Helen Branswell at Stat News does her usual excellent job of teasing out the complications in the case for and against fractionation. The balance of expert opinion is: since we don’t know what the correlates of protection are — what a fully protective immune system looks like — it is wiser to stick with the doses that Phase III studies have shown to be efficacious.

7. The genes behind why Covid-19 hits some people so hard

Right around the time that the WHO declared Covid-19 a pandemic, a group of genetic researchers began as­sem­bling genomic data to help address the question of why SARS-CoV-2 infections resulted in such a wildly various and unpredictable set of symptoms in its human hosts. The group’s paper (with over 3,300 authors and con­tri­b­utors) has now been accepted for publication by Nature and is posted in unedited manuscript form. Stat News has a summary. The bottom line is that one’s genetic makeup explains a small part of the disease’s variability, but “age, occupational exposure, and access to quality health care matter far more,” according to Stat. The research turned up over a dozen parts of the human genome with links to either severe Covid-19 or enhanced susceptibility to SARS-CoV-2 infection. The research added six new genes of interest, in addition to the known associations with genes coding for blood type, immune system ramp-up, and protection against influenza. The research may eventually point the way to drugs that could be investigated for action against SARS-CoV-2, but that is a long way off.

8. How the virus causes neurological damage

A summary in Nature outlines what is known about how SARS-CoV-2 damages the central nervous system. One route is through reduced blood flow caused by infection of the cells lining the smallest blood vessels in the brain (pericytes). The blood-brain barrier mostly holds to keep the virus out of the CNS, but some direct infection of brain tissue may occur via the lining of the nasal cavity (the olfactory mucosa). SARS-CoV-2 does not seem to infect neurons much or at all, but there are indications that the virus targets astrocytes. These supporting cells provide energy to neurons, among a variety of other duties. Weakening them could lead to fatigue, depression, and brain fog — common symptoms of long Covid. One study found lowered gene expression in astrocytes from the brains of deceased Covid-19 patients, even in the absence of signs of direct infection of the cells.

9. Sick with two variants at once

This news item is more of a curiosity than a genuine worry. An unvaccinated woman in Belgium was infected with two different variants of the coronavirus, alpha and beta, apparently contracted from separate people. This was not the first reported case of co-infection, but was the first to be published in a peer-reviewed scientific journal. The woman, who died of her illness(es) at 90, was not twice as sick as the ordinary Covid-19 patient. Like everyone else who contracts SARS-CoV-2, her body contained probably billions or trillions of different “variants” — a different one each time one of her cells produced a new and imperfect copy of the virus.

Today you have really earned your frippery. Do you remember last May when we met The Kiffness making music with a cat named Alugalug? Well, someone from Turkey sent the group’s David Scott a clip of different feline, NumNum Cat, sipping milk from a teaspoon. There was nothing to do but make another cross-species duet of it (perhaps this time with the help of an autotuner). And again The Kiffness’s musical friends from around the world pitched in to collaborate.

I don’t know for sure whether this TikTok artist was inspired by The Kiffness, but it seems likely.