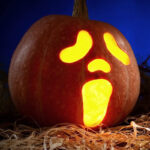 The President, always one to say the quiet parts out loud, has made no secret of wanting to announce a vaccine before November 3 in order to boost his chances for reelection. Let’s look at how that might be possible.

As of the end of last week, Moderna had signed up 71% of its desired total of 30,000 participants for its Phase III trial — and this after announcing it had slowed enrollment slightly to assure that ample numbers of minorities are involved. Pfizer this morning said it has enrolled 77% of its target, and that 6000 people, or 20% of its eventual test pool, had received a second dose (of vaccine or placebo), 21 days after the first dose.

Pfizer’s CEO said that the company might be in position to seek emergency use authorization from the FDA in October. In fact he revealed that Pfizer is already preparing such an application in case the vaccine shows early efficacy.

This translates to: perhaps before eight more weeks elapse, more than 32 of the subjects who had received both doses, in the course of their daily lives, may become infected with SARS-CoV-2. (The study is enrolling subjects in the US, Argentina, and Brazil.) The way I understand the math, if 22 of those people got the placebo and 10 got the vaccine, that would demonstrate (with very small numbers!) that the vaccine is more than 50% effective, which is the bar the FDA has set for efficacy.

You would rather see 1500 cases. But Pfizer has set 32 as the first “interim analysis” point in the design of their study. (Moderna has put its initial point at 53 cases, with further interim analyses at 103 and at 153 cases.) When this trigger occurs, the Data and Safety Monitoring Board, an independent group of experts set up by the NIH, takes a first look at the data. To do so they need to “un-blind” the study to find out who got the vaccine and who the placebo.

If the DSMB deems a candidate to be effective, a committee of the FDA, called the Vaccines and Related Biological Products Advisory Committee, re-examines the data. It sends its recommendation to the FDA’s Center for Biologics Evaluation and Research, which according to CNN’s reporting usually agrees with what the committee found.

The current head of the CBER, Peter Marks, has a reputation as a hard-working straight arrow who will not bend to political influence — he has said he will go public and resign if pressured. From Marks it goes to the head of the FDA, Stephen Hahn, who in recent months has not exactly steered clear of the perception of being politically influenceable. Remember hydroxychloroquine and convalescent plasma?

The above process describes what a candidate vaccine goes through to be formally approved. That flat out can’t all happen by November. However, an emergency use authorization shortcircuits most of it. An EUA only requires that the FDA find it “reasonable to believe” that a vaccine “may be effective” in preventing a deadly disease. Could this happen in October? Yes it could. Would it be a disaster? Very probably it would.

Note that most Americans believe that the vaccine approval process is driven by politics, not science. This includes 72% of Republicans and 82% of Democrats.

In an unprecedented move, a number of vaccine makers are reportedly planning to release a pledge not to seek approval for a vaccine until it can be proven safe and effective, and to adhere to high scientific and ethical standards for trials and manufacturing processes. According to reports, signatories will be AstraZeneca, GlaxoSmithKline, Merck, Moderna, Novavax, Pfizer, and Sanofi.