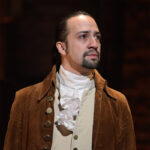 A CDC advisory committee has issued its recommendation for prioritizing who is next to receive scarce Covid-19 vaccines. Those over 75 and some first responders are up next, followed by over-65s, more essential workers, and younger adults with preconditions.

The ACIP committee voted 13 to 1 to forward this recommendation to the CDC, which is likely to accept it. The one member who voted against objected to bifurcating the category of “older Americans,” noting that, medically speaking, Covid-19 is not all that different in a person who is 65 years old vs. 75.

The three priority groups identified thus far account for about 200 million people. The supply of vaccine from Pfizer and Moderna should cover first shots for about half of those through the end of February.

Operation Warp Speed expects to ship about 20M doses in December, 30M in January, and 50M in February. I have not seen any pro­jec­tions beyond that; it depends in part on whether any other vaccines are auth­or­ized in the spring.

The final decisions about allocations will rest with the states.

Here is coverage so far of the committee’s recommendation.