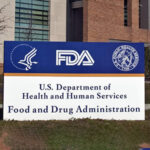 The Washington Post reports that the FDA will soon release tough new standards for granting emergency authorization for any Covid-19 vaccine — standards that all but guarantee that none could get the green light before mid-November.

It looks to me like the Post’s story is based on leaks from within the FDA itself, possibly from the same career scientists who have been trying to boost public confidence in the agency. The Post does not name any sources or link any source documentation for what they claim the agency plans.

As early as later this week we may know the truth behind this report, when and if the FDA does issue such guidelines. The main conditions the Post reports the agency will insist upon:

The Post notes that, even if the FDA issues such stringent guidelines, critics will still argue that the agency should not even be considering an emergency use authorization for any vaccine — especially in this charged political climate — but instead should hold out for full formal approval.

Those who suspect that the US health policy establishment has been fatally tainted by politics were not as­suaged by the HHS secretary’s power grab last week. Alex Azar asserted that none of the health agencies under HHS, which includes the FDA, can sign new rules affecting US foods, medicines, or other products; only the secretary of HHS can do so. The FDA was quick to assert that this memo has no bearing on vaccines.

[ Note added 2020-09-24: ] The FDA chief reiterated to Congress yesterday that the agency will be guided by science in authorizing or approving any vaccine. The White House immediately cut the legs out from under the FDA’s at­tempt to reassert its independence from poitical pressure.

Derek Lowe’s take on this mess is well worth a read. He has some useful links to background reporting on how this all developed.