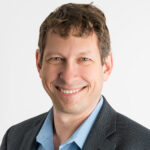 Moderna announced interim results for their vaccine candidate (and provided a bit more detail than Pfizer had): 94.5% efficacy. Of 95 cases observed in the Phase III trial, five had gotten the vaccine, and 90 the placebo.

Moderna’s results come one week after Pfizer’s, and together they add up to great news about the prospects for getting this pandemic under control.

Out of the 95 Covid-19 cases, 15 were over 65 years old, 12 were Hispanic, four were African American, three were Asian American, and one self-reported as multiracial. Moderna reported 11 “severe” cases among the 95, and all occurred in the placebo arm.

The company plans to begin testing its vaccine candidate in teenagers soon, and in children under 12 after that, according to Moderna’s Chief Medical Officer Tal Zaks (pictured above).

Both Pfizer and Moderna are expected in the coming weeks to apply to the FDA for permission to distribute their vaccines, whether by emergency use authorization or expanded access. Pfizer has said it can have 50 million doses available by the end of 2020, and Moderna committed to 20 million. The numbers will be in the billions in 2021. Early doses will go to health care workers and those most at risk.

Pfizer’s vaccine would engender greater difficulties in distribution than Moderna’s, because of its need for extremely cold temperatures for shipping and storage. Moderna’s candidate can be stored for a month at ordinary refrigerator temperature and for 6 months in an everyday freezer.

Here is some of the coverage this morning:

[ Note added 2020-11-16: ] For once I actually hit Publish before Derek Lowe did, by about 90 minutes, and as always his piece brings more details to the fore. For one thing he found the actual Moderna press release, which I was unable to run down. Also a second note from Moderna on the practicalities of shipping and shelf life for its candidate: it will last in good order for 30 days in a conventional freezer, 7 days in a refrigerator, and 12 hours at room temperature.