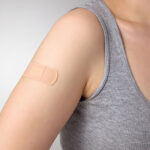 I wrote in some detail about the J&J trial last month. New tidbits that have emerged since that time: this candidate vaccine can be transported frozen and kept at refrigerator temperature for months, giving it a significant advantage over that from Moderna, which needs freezing, and Pfizer, which needs extreme freezing. J&J’s candidate also has a new name: JNJ-78436735 (in addition to its earlier designation as Ad26.COV2.S).

Like its competitors, J&J has released the full protocol for its Phase III trial.

One other detail about the single-shot regimen: J&J uses a dose level of 1011 virus particles, which is twice that in the AstraZeneca / Oxford vaccine (5 x 1010 vp in the first shot, 2 x 1010 in the second). A plausible reason why J&J does not use a booster shot is that its adenovirus carrier, Ad26, itself infects humans. After a single shot the body will mount an immune response to the carrier, so a second dose would be less effective. The carrier in the AZ / Oxford vaccine is a chimpanzee adenovirus to which humans are not susceptible.

The controversial Russian vaccine Sputnik V also rides on adenovirus vectors; but it uses an Ad26 carrier for the first shot and Ad5 for the booster, to avoid exactly this problem. The Chinese candidate from CanSino, which uses Ad5 for both shots, actually noted the diminished effectiveness of the booster in their Phase I writeup.

On Thursday Novavax began a 10,000-person Phase III in the UK for its recombinant vaccine candidate. It expects to start a US branch of the trial in October, looking to enroll 30,000 people here.

Novavax has not yet released its detailed study protocol but promised to soon. I will update this post with a link when it does.

The New York Times reports that the company will look to enroll a significant fraction of its UK participants from vulnerable populations: those over 65 and members of racial and ethnic minorities.

Like J&J’s, Novavax’s candidate can be stored at refrigerator temperature, giving it a logistical advantage over Moderna and Pfizer.

The technological basis of Novavax’s entry into the vaccine sweepstakes also gives it a leg up on its mRNA-based competitors: Novavax’s recombinant approach has been developed over 30 years and is used in approved vaccines on the market (for shingles and hepatitis B). No mRNA vaccine has been approved so far.

Like Moderna, Novavax is a new company that has not had a vaccine approved so far.