J&J confirmed reports that its large-scale clinical trial will begin in September, involving 60,000 subjects worldwide — twice the size of the Phase IIIs begun in July by Pfizer and Moderna. The study is not yet recruiting.

This Covid-19 candidate vaccine is the only one of those in advanced testing that requires just a single dose; the others need two shots, several weeks apart. 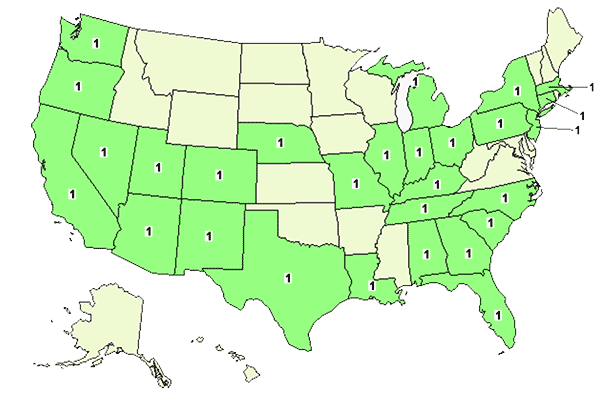 The J&J study will recruit from a total of 180 locations in the US, Mexico, South America (Brazil and other countries), Ukraine, South Africa, and Southeast Asia (Philippines and other countries). In the US, Minnesota is again missing from the list of states with participating sites (clinics or medical centers); for this trial no state bordering Minnesota is participating either.

This candidate vaccine is built on the same technology J&J’s subsidiary Janssen developed for its experimental Ebola vaccine, which was used in 2019 in the Democratic Re­public of Congo. Genetic material from the coronavirus rides along with a modified adenovirus (Ad26) that causes colds in humans.

Some of the endpoints in the study design won’t be assessed until two years after the starting point; but other im­portant ones will begin reading out after a month. In particular the researchers will look at the number or people who come down with Covid-19 within a month of vaccination, and how the numbers differ between study subjects who got the vaccine and those who got the placebo (saline solution). Nobody involved will know who got what initially.

J&J is one of the drug makers from whom the US government has reserved early access to its vac­cine can­di­date (100M doses with an option for 200M more), should it be approved or authorized. J&J has said it can produce a limited supply by early 2021, and 600M to 900M doses by next April.