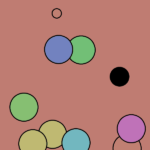 Two items of recent pandemic news: Billions to develop antivirals that can be taken by mouth; and a hard fail in a vaccine Phase III trial. Plus news briefs and a frippery.

You may have heard by now that the next eagerly awaited Phase IIb-III trial announced preliminary results on Wednesday, and the disappointment was resounding. CureVac’s vaccine candidate showed only 47% efficacy overall in the trial in 40,000 people from Latin America and Europe. Both the FDA and the WHO have set a threshold of 50% for emergency authorization of Covid-19 vaccines.

How could this mRNA vaccine be so much less efficacious than Pfizer and Moderna, which are built on the same technology? No one knows for sure, but I have seen four possible explanations floated. First, the CureVac shot contains a smaller amount of active ingredient than the other two: each dose delivers only only 12 μg, vs. 30 μg for Pfizer and 100 μg for Moderna. Second, CureVac’s trial was conducted in a pandemic environment dominated by the emerging viral variants. Third, differences in formulation, such as in the lipid packaging surrounding the mRNA payload, may have mattered. Fourth, CureVac’s mRNA contains the blueprint for an unmodified spike protein, whereas the more efficacious shots describe a genetically modified spike (pre-fusion stabilized).

CureVac’s stock lost over half of its value after the preliminary results were announced; its market cap plunged by $9.6B.

The company says it will release final results in 2 to 3 weeks. One analyst expects the efficacy numbers to worsen, since the cases remaining to be adjudicated are mainly from regions where the most troublesome variants dominate.

CureVac’s early results are based on 134 people who contracted Covid-19 in the trial so far. The final tally is expected to be over 200. The company did not provide a breakdown of how many cases occurred in the vaccine arm vs. the placebo arm.

Of 124 viruses genetically sequenced from the active cases, only one was caused by the original (Wuhan) strain. About 57% were due to one of the four most worrisome “Variants of Concern,” and the bulk of those (41%) were caused by the Alpha strain. CureVac did not release a breakdown of how its candidate performed against the different variants. (Both Pfizer and Moderna have released studies showing that their vaccines perform well against the Variants of Concern, though they lose some potency.)

CureVac’s woeful showing deals a serious blow to plans to vaccinate the world. Like Novavax, CureVac’s shot can be shipped and stored at refrigerator temperatures. The company had planned to have 300M shots available to deliver this year and 1B in 2022. Those plans are now in jeopardy. CureVac is continuing work on a second-gen­er­a­tion vaccine with reformulated mRNA, which if it works could go into arms next year.

US to spend $3.2B on oral antivirals

Vaccines are the undisputed stars of the show in humanity’s fight against the SARS-CoV-2 virus. Nearly a dozen safe and effective vaccines have been developed in record time, with the help of billions of dollars of government money. The best of those vaccines are almost unreasonably effective.

Drugs to prevent or treat Covid-19 have not fared as well. Of the thousands of drugs, both new and off-the-shelf, that have been screened and trialed for therapeutic use against SARS-CoV-2, only a few proved worth following up. And only one, the intravenously delivered remdesivir, has been authorized so far in the US for emergency use in hospitalized patients (though its routine use is now deprecated by the WHO). Remdesivir is expensive — over $3,000 for a course of it — and its beneficial results are modest.

Only a single oral antiviral, molnupiravir, has shown significant promise when given to non-hospitalized patients soon after infection — or even before. (We wrote last February about early encouraging results for molnupiravir in a mouse model.) The drug is being shepherded through testing / manufacturing by Merck and Ridgeback Pharmaceutical, and was developed at the DRIVE non-profit at Emory University. The US govern­ment has committed to purchase 1.7 million courses of molnupiravir, for $1.2 billion, if it is authorized by the FDA.

More orally delivered antivirals may be on the way soon. The government is now pledging over $3 billion to accelerate discovery and testing of antivirals that can be taken in pill form. (Here is the HHS announcement.) The new program, administered by Anthony Fauci’s NIAID, is called the Antiviral Program for Pandemics. Its costs will come out of the American Rescue Plan money that was approved in March.

The program has identified 19 interesting drugs in the pipeline (here is one of them) and will provide resources and support for research, testing, and manufacturing: $300 million will go for research and lab support, $1 billion for preclinical and clinical trials, and $700 million for manufacturing.

One powerful argument for having Covid-19 oral therapeutics available: they would greatly ease the strain on the healthcare system if those who refuse to be vaccinated had access to such medicines once they contracted the disease, as they are likely to do.

No intructions this time. Go here and figure it out. Thanks to the Metafilter community for this one.