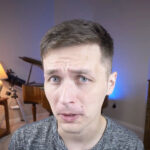 Three items of pandemic news: Long Covid in children; an FDA panel confirms an excess of heart inflammation following mRNA vaccination; and how the American tendency to in­di­vid­u­alism over collectivism hamstrung our pandemic response. Plus news briefs and a frippery.

Ed Yong has a thought-provoking meditation on individualism in the Atlantic — how it has shaped the American reaction to the pandemic, and how it continues to do so.

Yong is back in the saddle after months away while writing a book — titled An Immense World and coming out next summer. Since we last looked in on him on May 21, reviewing his treatise on the long grief to which we can look forward, Yong has produced four crunchy pieces for the Atlantic, three of them — in a sign of the times — not involving Covid.

Yong’s writing has had a way of steering the pandemic conversation. His piece on long haulers a year ago led to widespread awareness of the plight of those unfortunate sufferers. I believe Yong’s current spot­light on the way American individualism undermines the very idea of public health could have a similar impact.

Public health is distinct from medicine. The latter concerns itself with the health of the individual; public health is about the wellbeing of an entire society. Remember last summer when we were extolling the potential benefits of widespread, cheap, rapid testing for SARS-CoV-2 infection? Rapid testing is about public health: it is widely applied across a society to those without disease symptoms, in order to control outbreaks and spread. Remember how the rapid tests were having trouble getting FDA approval? That agency was (and is) focused upon a sick person presenting before a physician, and they wanted to license only doctor-prescribed tests suitable for a small number of people who were already sick. Medicine vs. public health.

Societies fall along a spectrum from individualist to collectivist; America happens to be near one end of that spectrum. Studies show that more individualistic countries did worse in the pandemic.

If you want proof that individualistic thinking still dominates the US medical establishment today, look no farther than the CDC’s pro-vaccination campaign introduced last February. The theme: “It’s up to you.” Arguably, it is not up to you. Ending the pandemic is up to the society as a whole and its gov­ern­ment, in addition to the actions of each individual.

Individualism still rings in the words of government officials at the highest levels. We expected it from the previous administration but it is surprising to hear Joe Biden say, “The rule is very simple: Get vaccinated or wear a mask until you do. The choice is yours.” This followed the CDC’s issuing of mask guidelines emphasizing the freedoms that vaccinated people can enjoy.

The real problem with the US’s vaccine-first, vaccine-only approach to ending the pandemic is that it lacks equity. Those who have borne the heaviest burden over the last 15 months — people of color, front-line workers, the immunocompromised — will continue to be the ones least vaccinated and most at risk.

Instead of asking, “How do we end the pandemic?” [the country] seems to be asking, “What level of risk can we tol­er­ate?” Or perhaps, “Who gets to tol­er­ate that risk?”

Read Yong’s important piece. It is longish, at 4,400 words, but well worth the investment of your time.

Late breaking news: Ed Yong just won the Pulitzer Prize for his reporting last year on the pandemic. The Atlantic has put together this reading list of the prize-winning work.

An excess of myocarditis

The FDA’s vaccine advisory committee met yesterday, mostly to hash out the risks and benefits of vac­cin­ating younger children. But in the course of the day the Vaccines and Related Biological Products Advisory Committee introduced more detailed data on the instances of myocarditis (heart in­flam­ma­tion) in teens and young men, which we talked about last time.

In short, regulators are seeing more cases of heart inflammation than would be expected. In people 16-17 years old, who had collectively received 2.3 million shots, there were 79 reported cases of myocarditis or pericarditis, whereas anywhere from 2 to 19 cases would have been expected. For young men 18-24 years old (9.8 million doses), 196 cases were seen, against an expected level of 8-83 cases. (These numbers are probably higher than the reality, as the cases in the reporting database have not been verified.)

This advisory group did not conclude, as Israeli officials had, that a link exists between mRNA vaccines and these (usually mild) heart problems.

More data on myocarditis / pericarditis will be presented a week from today when a different advisory committee meets.

Children usually have an easier time of it than adults after testing positive for SARS-CoV-2. But kids are not immune from the threat of long Covid. The syndrome officially called PASC (post-acute sequelae of Covid-19) affects up to a third of adults who recover from the disease; the rate is probably lower among children, but no one knows exactly. This survey in Stat News suggests a range of 7%-20%.

There are half a dozen clinics nationwide that specialize in caring for kids with long Covid; this is a tenth the number of treatment centers available to adults.

The syndrome presents differently in children than in adults. Stat quotes a pediatrician in Boston on the differences:

The adults have myocardial fibrosis and they’ve got changes on their CT scans and they’ve got thromboembolism and organic pathology that’s easy to see. And they have abnormal labs. The kids that we are seeing have normal white blood cell counts in general, normal inflammatory markers, normal pulmonary function tests, normal EKGs, normal X-rays, normal echocardiogram. And yet they’re clearly impaired.

The Stat piece ends on an optimistic note, quoting that same expert: “In general, kids are resilient and they tend to get better. And so I would say we’re cautiously optimistic when it comes to this syndrome in adolescents as well.”

As a reward for your patience in getting this far, the frippery is an introduction to musical polymath Adam Neely. In this particular video he is expounding on harmony, inspired by a viral TikTok video in which a young woman sings a dissonant accompaniment to another TikTok’er, and gets slammed on social media for it.

Any time you spend watching an Adam Neely video is guaranteed to reward you with musical knowledge you didn’t know you were missing. His treatise on the compositional oddness of The Girl from Ipanema has been viewed 2.7 million times.