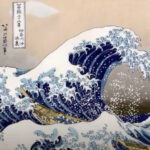 Two items of recent pandemic news: Studies point to long-lasting, possibly lifelong immunity from natural infection; and rapid developments in the highly political question of where SARS-CoV-2 came from. Plus news briefs and a pair of fripperies.

It is remarkable that since we last visited the question of the origin of SARS-CoV-2 ten days back, opinion has moved sharply in the direction of an accidental leak from a research lab­or­a­tory. Oddsmaker Nate Silver now rates the lab leak hypotheses at 60% probable, and a spillover from animals at 40%.

Nothing much has changed in terms of facts pointing toward one origin hypothesis or another; basically no hard evidence has emerged for any of them. There was a report, first broken by the Wall Street Journal, that three employees at a biological research lab in Wuhan fell ill with Covid-like symptoms in November 2019. This apparently came to US intelligence from a non-US source and could not be confirmed. Was it even true? Unknown. Was it Covid? Unknown. Did they contract it in the lab or bring it in from outside? Unknown.

This week President Biden tasked the intelligence community with moving the ball forward on the origin question before the summer is out. Here is the president’s statement.

In response to Biden’s call, China’s notoriously hawkish foreign ministry spokesman Zhou Lijian threw accusations back at the US and said that an international team should investigate US military-affiliated biological laboratories instead. According to the NY Times, on Tuesday Zhou also took a hard line against cooperating with the WHO on any further studies into the virus’s origin.

Yesterday episode #760 of the podcast This Week in Virology dropped; in it the TWiV experts talked for an hour with three of the scientists who went to China earlier in the year as part of the WHO’s investigation into the origin of the virus. Peter Daszak, Thea Kølsen Fischer, and Marion Koopmans discussed in detail what they did in China, the questions they asked, and the answers they got. What they described as phase 1 of the work resulted in the widely criticized WHO report — which many people apparently took as the final word on the origin question, though it was never intended to be that. (China’s Zhou called it an “auth­or­i­ta­tive study report” with “many significant conclusions.”) The WHO researchers envisioned a phase 2, in cooperation with Chinese authorities and scientists, encompassing the studies that the phase 1 work had suggested.

But with China’s hardening attitude toward further probing into origins, I’m not sure any phase 2 will ever happen.

The entire TWiV episode is worth watching, but of special interest is the discussion of the “elephant in the room” (as host Vincent Raciniello put it): the lab leak option, beginning at the 50 minute mark. Best line to emerge from the discussion: Peter Daszak saying, “If you mix politics with science, you get politics.”

Immunity may be long-lasting

Two new studies suggest that immunity resulting from even a mild case of Covid-19 lasts at least a year, and possibly a lifetime. One study was published in Nature and the other is an unreviewed preprint on the BioRxiv server. Both examine the role of memory B cells in long-lasting immunity at least a year after ex­posure to the virus.

Either infection or vaccination produces B cells that pump out antibodies to the virus or to its constituent proteins (such as the spike). Blood concentrations of these antibodies wane over time. Especially in the case of natural infection, some of the B cells migrate to the bone marrow and become memory B cells. There they produce low levels of antibodies and continue to refine their ability to manufacture ever more effective ones. Furthermore, if the immune system is later stimulated by vaccination, the response may well be so robust as to last for years against any evolved threat that SARS-CoV-2 can come up with.

In other words, people who have been infected with SARS-CoV-2 and then recover, and later get a shot of Covid vaccine, may never need a booster shot. Those who were not infected but vaccinated may eventually need boosters to deal with variants of this slowly evolving virus.

The reward for your patience today is two fripperies.

1. How cheugy are you? Don’t know the word? It’s a Gen Z thing apparently, a term that young 20-somethings coined and use and apply mostly to themselves, their peers, and their taste. Cheugy is the opposite of trendy. It’s not necessarily totally pejorative either. Instagram is cheugy, Tik Tok is not.

Take the quick quiz at the first link above — virtually decorate an apartment and revel in your percent cheugy score. I got 3%: OK boomer.

2. Your second frippery is a YouTube channel with 15-minute lessons in great art. I was introduced to Great Art Explained (thanks @kottke) via this meditation on the background and significance of The Great Wave Off Kanagawa by Katsushika Hokusai, one of his Thirty-Six Views of Mt. Fuji. The presenter is one James Payne and he is a master. Not cheugy in the slightest.