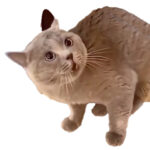 Three items of recent pandemic news: Pfizer’s vaccine can keep for 30 days at refrigerator temperatures; neutralizing antibody levels emerge as a correlate of protection; and the long stretch of post-trauma grief that awaits us. Plus news briefs and a frippery.

Ed Yong has a well-sourced piece (as is his wont) in the Atlantic on the mental health and psychological toll that is being and will continue to be exacted by the 15 months of rolling trauma we have collectively endured.

Millions of us have had a close brush with the worst of Covid-19 — one or more relatives, friends, acquaintances, loved ones, or co-workers who died in the pandemic. A sizable fraction of those might be living with grief for years to come. Tens of millions more dealt with daily danger, unemployment, eviction, or the impossibility of doing long-term, full-time work alongside child care and home schooling. All of us have lived with disruption, loneliness, uncertainty, liminality. Once the pandemic eases — and it is doing that — we may expect things to get better quickly; this is misguided. Yong quotes Laura van Dernoot Lipsky, founder and director of the Trauma Stewardship Institute:

People put their heads down and do what they have to do, but suddenly, when there’s an opening, all these feelings come up. As hard as the initial trauma is, it’s the after­math that destroys people.

Yong paraphrased these thoughts in an interview on The Atlantic’s Social Distance podcast (15 minutes beginning at 17:23): “[There is a] disconnect between expecting to feel better, and actually — not. [People need to be] taking time for that to happen… It’s when you get to stop swimming and reach dry land that you start to feel like you’re actually drowning.”

Research into communities recovering from trauma has found that three factors are protective from long-term harms such as widespread PTSD: confidence in authorities, a sense of belonging, and community solidarity. Guess which three factors the pandemic has shredded in this country.

A correlate of protection identified

A large study out of Australia has added to the accumulating evidence that the level of neutralizing antibodies circulating in the blood is highly correlated with protection against symptomatic Covid-19. Ars Technica has a good summary of the research and what it means.

It’s known that antibody levels decline with time. This work also gave hints about how long protection against disease might last after natural infection or vaccination — which bears on whether or when we might need a booster shot. The Ars reporter writes:

A vaccine with 95% efficacy after the second dose would still have an estimated 77% efficacy 250 days out. And that’s for protection against a symptomatic infection. The protection against severe COVID-19 is much stronger and would likely take far longer to decline… A starting efficacy of 70% would be down to 33% efficacy at 250 days.

The model the researchers developed was able to predict, with good accuracy, the efficacy a vaccine should show in Phase III trials based on the antibody levels measured in Phase I and II.

Pfizer’s vaccine can keep for 30 days in the refrigerator

This week, regulators, first in Europe and then in the US, accepted Pfizer / BioNTech’s evidence that their vaccine, Comirnaty, is stable and safe for 30 days at refrigerator temperature. Previously the vaccine, once thawed, had to be used within 5 days.

In terms of handling, this expansion of the EUA (and the European equivalent) puts Pfizer just about at par with Moderna, whose mRNA vaccine is also good for 30 days in a refrigerator. Moderna’s vaccine has to be put into arms (undiluted) within 12 hours of its vial’s seal being broken. For Pfizer / BioNTech, the requirement is to use it within six hours of breaking the seal and diluting the mixture.

Your frippery today is an introduction to the musical group The Kiffness. These innovators from South Africa have scored a few viral hits and the new one embedded below — a looped duet featuring Alugalug Cat — looks set to join that pantheon. Here is a (somewhat breathless) introduction to the group and its lead, David Scott. Their website currently links to an earlier worldwide viral hit, a remixed collaboration with the blind Turkish street artist Bilal Gör­egen performing a previously obscure Finnish folk song. (There’s a cat in that one too.)