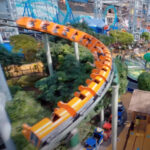 Herewith three items of pandemic news you may have missed recently: Dis­par­ate theories of long Covid; Europe locks in 1.8 billion Pfizer doses; and the troubles at­ten­dant upon Russia’s Sputnik V vaccine. Plus news briefs and a frip­pery.

In early March Slovakia ordered 2 million doses of Sputnik V vaccine; or rather the country’s prime minister did, without consulting his coalition partners. The quality of that vaccine turned out to be at least questionable: the testing lab said that the vaccine Slovakia received was different from that supplied to the European Medicines Agency and described in a Lancet publication. The affair brought down the government, and the geopolitical fallout continues to spread. Russia demanded the return of the 200,000 doses it had shipped.

Earlier this week the medical regulatory agency in Brazil voted 5-0 not to approve Sputnik V, citing ques­tions of development, manufacture, safety, and efficacy. Later, word emerged that replication-com­petent adenovirus had been detected in the samples — the viral vector is supposed to be disabled.

The Russian agency tasked with marketing Sputnik V around the world, the Russian Direct Investment Fund, has been aggressively attacking its critics and tweeting about “fake news,” while engaged in a cam­paign of disinformation about other authorized vaccines. Derek Lowe takes the RDIF to task over this unhelpful behavior.

The EU’s deal with Pfizer, the world’s largest to date, encompasses six times as much vaccine as the com­pany has committed to the US, beginning with contracts signed under Operation Warp Speed.

At first the EU had been counting on AstraZeneca to provide the bulk of the vaccine that will be needed for the bloc’s 27 nations. But AZ announced production problems and scaled back its commitments.

By mid-April the EU had pivoted to pin its hopes on Pfizer. The NY Times reports that the EU’s president, Ursula von der Leyen, had been in regular contact with Pfizer’s CEO by phone and text for months pre­ced­ing the agreement.

The EU contract will allow the bloc to use the shots outside of their territory, unlike the OWS agreements that essentially forbid the US from engaging in any vaccine diplomacy.

The contract calls for 900 million doses to be delivered by the end of 2023, with an option for a further 900 million.

The Economist brings us up to date on what is known and theorized about long Covid. While the con­di­tion has an official name — post-Covid syndrome, or PCS — it does not have a precise definition. A be­wil­der­ing array of symptoms, alone and in combination, come and go in its sufferers. One survey listed 205 distinct symptoms. The commonest signs of long Covid, persisting weeks or months after the acute phase, are shortness of breath, fatigue, and brain fog.

Three possible biological mechanisms have emerged to explain what is going on with long Covid. The currently amorphous PCS may eventually be understood as some combination of all three factors in each patient.

The first explanation posits live virus that may lurk somewhere in the body after the immune system has handled Covid-19. There has been evidence of viral material in the intestines, urine, and feces of some long-Covid sufferers, but not all. Long-covid symptoms could result from periodic flareups as the immune system encounters this viral material.

The second theory involves damage to the immune system, including the development of autoimmunity. In some recovered Covid-19 patients, the population of T cells is both reduced and “exhausted” — they mount a weak response to infection. One study found that the T cells of Long-Covid patients with brain fog react differently from those of recovered Covid-19 patients who are symptom-free.

The third explanation looks at collateral damage to the body’s systems resulting from inflammation at­ten­dant on fighting a Covid-19 infection. Inflammation may damage the autonomic nervous system; and/or it might damage the cells lining the blood vessels. Resulting changes in blood flow to the brain could contribute to brain fog.

Long-term sequelae to viral pandemics are not new. Waves of debilitating illness followed the pandemics of 1890 and 1918. Long after this one subsides, tens of millions may suffer with the consequences.

At last your patience is rewarded. The frippery today is 2:17 of amazing drone footage shot in the Mall of America. The drone videographer and the team behind last month’s viral bowling alley fly-through are not a one-hit wonder after all.

Like the bowling alley tour de force, this video was shot in a single take. Just imagine the planning required to synchronize all of those amusement park rides at the Mall.