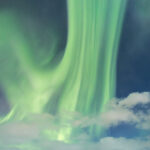 Three items of pandemic news you may have missed recently: Watching the virus evolve variants in a single human; a damning report on Emergent’s vaccine man­u­fac­turing plant; and the dimming prospects for herd immunity. Plus news briefs and a frippery.

The US may never get to the promised land of herd immunity, according to experts quoted in this report in USA Today. One of them, a vaccine researcher from the Mayo Clinic, said of herd im­munity: “It’s theoretically possible but we as a society have rejected that. There is no eradication [of the virus] at this point, it’s off the table.” (A report last month in Nature argued for a similar conclusion world­wide.)

The concept of herd immunity is a moving target. It’s influenced by such factors as people’s social behavior in the aggregate, as well as by the rise of viral variants.

Last summer, the World Health Organization put the combined infection and vaccination thresholds needed to break the chain of transmission at 60% to 70%. By December, Fauci put the number for the US at 75% to 85%. With the appearance of highly transmissible variants, some have bumped it to 90%.

With around 20% of US adults saying they will never take a vaccine, even covering the large majority of children (who represent a quarter of the population) will not get us to 90% overall. The numbers of the vac­cine hes­itant — the “wait and see” crowd — have been shrinking as more people get vaccinated and no­body breaks out in purple spots or grows a microchip communicating with 5G towers. But the ranks of the hard-core resisters seem to be holding steady.

If we don’t reach herd immunity, then what? Then Covid-19 becomes a long-term endemic disease like the flu, waxing and waning with the seasons and occasionally flaring up in regions of low vaccination uptake around the world, for years to come.

The FDA’s inspection report on the Emergent plant

This is not pretty. Here is the FDA’s report (Form 483) following the agency’s 9-day inspection of the Emer­gent facility in Baltimore that was taken out of commission last Monday.

This is the facility that mixed up AstraZeneca and Johnson & Johnson ingredients and ruined 15 million doses of the latter’s vaccine.

The FDA’s report lists nine observations on the plant’s operation. The first notes that Emergent failed to in­ves­tigate that mix-up thoroughly, and could not guarantee that the resulting cross-contamination was limited to the one discarded batch of J&J vaccine. For the vaccines already manufactured, the FDA notes that “the products will undergo additional testing and will be thoroughly evaluated to ensure their quality before any potential distribution.”

The second point in the report spells out how filthy the facility is. Peeling paint on the walls assures that com­plete de­con­tam­i­nation would not be possible. Workers were observed dragging open bags of “non-de­con­tam­inated special medical waste” across the floor from a manufacturing area to a warehouse.

Other citations by the FDA delineate the cramped quarters in the facility and improper storage and handling of bulk drug substances to prevent cross-contamination.

It is hard to imagine what Emergent could do at this point to restore confidence in its ability to manufacture vaccines safely.

Vincent Raciniello created and runs This Week in Virology as well as other podcasts under the umbrella of Microbe.tv. In a recent blog post he introduces a paper in PLOS Pathogens that describes a high-through­put, single-copy RNA sequencing method. This technique allowed researchers to follow viral variants as they emerged in a single human host in response to selection pressure from the immune system.

The research demonstrated that rapid viral evolution tended not to occur early in infection, when viral titers are high and immune system counterattack has not yet built up to high levels. The virus saw more changes later on, when immunity was punching back hard. In some patients that the researchers studied, levels of virus rose to a second peak after initial clearance by the imune system — possibly the result of immunity-escaping variants arising within a single infection.

For clinical practice, this research suggests knocking down the virus early in the course of an infection, per­haps with a monoclonal antibody cocktail, in order to avoid the strong immune response that might en­cour­age the virus to mutate out from under its pressure. 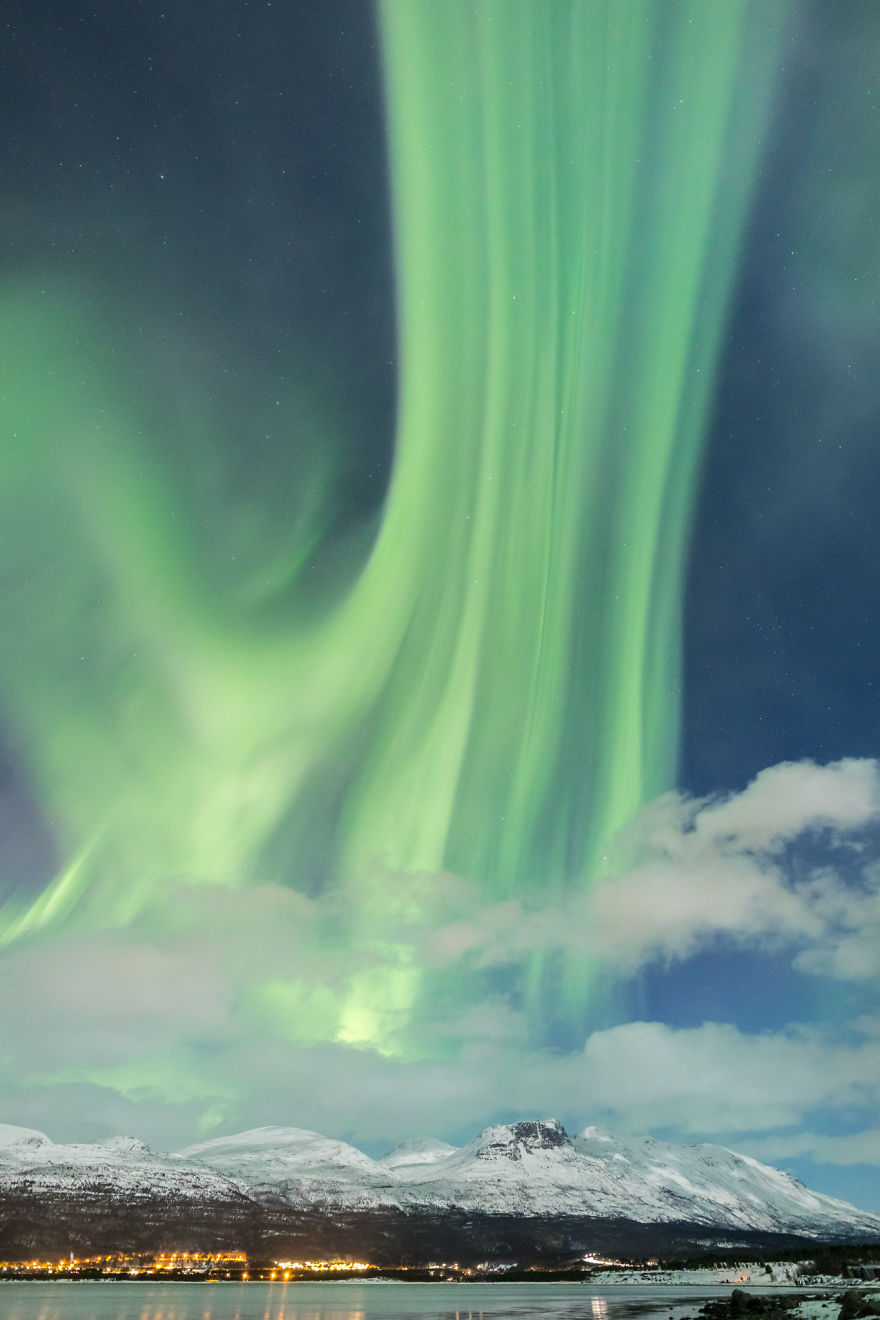 Rewarding your patience today, the frippery is Northern Lights over Tromsø, Norway (about 3° above the Arctic Circle). The photographs at the above link were taken by Markus Varik, proprietor of Green­lander Tromsø. His company of tour operators call them­selves “Northern Lights chasers.” Here is their Facebook page with many aurora photos.

The image that got me started on this quest was the one at right — click to open a larger version in all its glory in a new window — cap­tured on March 16, 2019. It was picked up all across the Net and has been reposted many times since; the caption usually accompanying it begins: “A crack in the Earth’s magnetic field over the weekend (not uncommon around the Equinox) allowed the Solar Wind to pour in over Norway.” Here is a short video clip from that same night, cap­tured by another aurora chaser.

That crack in the planet’s magnetic field? It’s a real thing, caused by what is called the Russell-McPherron Effect. Happens most freq­uently around the equinoxes, slightly more strongly in the spring than in the fall.