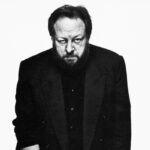 Three items of pandemic news you may have missed recently: Post-vaccination breakthrough infections are less than 0.008%; researchers estimate how much virus an infection produces; and an advisory committee punts on J&J. Plus news briefs and a frippery.

You have probably heard by now that the CDC’s outside advisors, the Advisory Committee on Immunization Practices (ACIP), met last Wednesday and did not decide to resume dis­tri­bu­tion of the Johnson & Johnson vaccine, or explicitly to recommend that the pause be extended. The committee asked for more evidence.

The meeting was scheduled for three hours on Wednesday afternoon, and the agenda called for a vote at the end on whether or how to update the recommendations for use of the vaccine. The committee decided not to take that vote, but to leave the J&J pause in place and to meet again in 7-10 days, i.e. late next week.

“What they did is they punted,” said Paul Offit, an outside expert who is not on ACIP but voted on the FDA committee that had recommended authorizing the J&J vaccine.

One committee member stressed that the punt was not to be interpreted as a statement one way or the other on the seriousness of the blood-clot issue. But Offit said he sees little alternative to reading it that way. Another committee member, perhaps inadvertently paraphrasing Albert Camus, said “We are in a situation where not making a decision is tantamount to making a decision.”

The ACIP meeting brought out more details of the cases of the six women who had developed clotting problems an average of eight days after being vaccinated (plus one man who had developed similar symp­toms during the drug’s trial). All of the women were white; three were obese; and one each had asthma, hypertension, and hyopthyroidism. None had any known coagulation disorders and one was taking hormonal contraceptives (which can increase the risks of clotting).

Estimating how much SARS-CoV-2 virus is in the world

This arresting preprint on MedRXiv develops an estimate of how many virions of SARS-CoV-2 are pre­sent in a human body at the peak of an infection. From this it is possible to extrapolate how much SARS-CoV-2 virus is present in the world at any one time.

You could hold that mass of virions in two hands. The amount is probably within a factor of 10 of a kilo­gram. The total mass of virus that will be produced on the planet over the course of this pandemic is probably between 1 and 100 tons.

At the peak of infection, the researchers estimate that anywhere between a billion and a hundred billion (109–1011) RNA copies are present in a single human body, and 105–107 of them are infectious virus par­ticles.

Extrapolating these peak values over the course of a characteristic viral infection in a single person, the researchers come up with an estimate of 3×109–3×1012 virions, or 3×105–3×108 infectious units.

At any given moment, around 10 infectious units reside in each infected cell (anywhere between a few and a few hundred). Over the lifetime of that cell, it may release from 10 to 100 infectious virions. The total number of infected cells over the course of an infection is 104–106, and this represents around a millionth of the total population of infectable cells in the human body — one in 105–107.

As for the human immune response to infection, somewhere between 103–105 neutralizing antibodies are produced for each spike protein protruding from a virion (there are 30–40 spikes per virus particle). There is about one SARS-CoV-2-specific CD4 or CD8 T cell for every 1 to 100 viral particles at the peak of infection.

This preprint (posted on April 5 and not yet peer-reviewed or published in a scientific journal) helps me to think about questions I have wondered about for months. It’s an odd pastime I know, but I have been trying to envision the kinetics of a SARS-CoV-2 infection in a human body — how much virus, how much immune response. These numerical estimates help.

Among the 75 million people who had been fully vac­cin­ated at the time of its analysis, the CDC noted only 5,800 “breakthrough” infections with SARS-CoV-2 had occurred. In other words, 99.992% of those vac­cin­ated did not contract Covid-19.

Of course this amazing number does not mean that vaccine-induced immunity fought off potential in­fec­tions at the four-nines level. The vast majority of those vaccinated were probably never exposed to the virus in the first place.

The reporting in Ars Technica, linked above, is based on an analysis the CDC sent to the outlet via email; it does not seem to be posted online anywhere.

Thanks for your patience. Today’s frippery is Ricky Jay and His 52 Assistants. This is an adaptation for tele­vision of Jay’s intimate stage show of the same name, which ran in the 1990s beginning in New York City. When the show, directed by David Mamet, went on a small-scale tour in 1995, I caught it in Boston. I can state unequivocally that it was the most compelling theater I have ever experienced.

That’s Jay in the Richard Avedon photo at upper left. Mark Singer, in his 1993 New Yorker profile, called Jay “perhaps the most gifted sleight-of-hand artist alive.” (Jay died in 2018.) Ricky Jay did card tricks — in approximately the same sense that Paul Bocuse cooks or Yo Yo Ma fiddles.