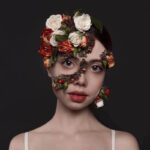 Three items of pandemic news you may have missed recently: A tape­worm remedy to fight Covid; you can stop sanitizing now; and a new con­cern about blood clots with the Johnson & Johnson vaccine. Plus news briefs and a frippery.

We have written about the concern with rare blood clots after shots of the Astra­Zeneca / Oxford vaccine. On Wednesday the European Medicines Agency, the EU’s equivalent of the FDA, released a report concluding that there is a link between the vaccine and those rare cases of clots.

Now multiple outlets are reporting that the EMA is watching four cases of blood clots in people following vaccination with the Johnson & Johnson / Janssen shot. One case occurred in a clinical trial and three were seen during the US vaccine rollout; one case was fatal.

The EMA is concerned because the J&J vaccine has been authorized in Europe. Its rollout is planned to be­gin later this month. The US is the only place where this vaccine has been widely used so far. Some­where between 4.5 million and 5 million shots have been delivered here.

None of the news stories so far features a comment from the FDA, so we don’t know if that agency is on alert in the matter of clots.

If the clots are related to vaccine administration — and this has not been proven — it would amount to a rate of about one in a million, which is in the same ballpark as the European AstraZeneca cases.

Both J&J and AZ vaccines use adenovirus vectors. J&J’s is Ad26, a virus that can infect people and cause mild cold symptoms; AZ’s is an adenovirus that infects chimpanzees but not people. In both cases the adenovirus vectors are deactivated so that they cannot reproduce in the human body. The Ad viruses act as a carrier to smuggle SARS-CoV-2 viral proteins into cells in order to alert the immune system.

As far as I can tell, the only other vaccine or candidate that uses an Ad26 vector is the Russian Sputnik V. That vaccine requires two shots and uses a different adenovirus for each: Ad26 for the prime and Ad5 for the boost. Neither EU nor US regulators have approved Sputnik V. Several other vaccines under development are vectored with Ad5, including those from CanSino (Chinese) and AltImmune (American).

Bloomberg quotes an in-house expert as saying, “Adenovirus technologies such as that used by Astra­Zeneca and others have been associated with clotting in other settings.” Here is one paper I found that reinforces this assertion. This story is developing and we will be following it closely.

You can stop sanitizing now

The CDC has finally updated its guidelines and recommendations regarding the spread of SARS-CoV-2 via surfaces. The agency now says that the odds of contracting Covid-19 from touching a surface are 1 in 10,000. The CDC’s head added, “Disinfection is only recommended in indoor settings — schools and homes — where there has been a suspected or confirmed case of Covid-19 within the last 24 hours.” (The new guidelines don’t apply to health-care settings, where more intensive disinfection may in fact be required.)

The CDC’s update comes many months after most experts had concluded that “fomite” spread plays a minuscule role in transmission.

The old guidelines made a kind of sense when it was thought that the virus spread mainly through large droplets, not through tiny airborne particles. Large droplets, such as from a cough or sneeze, fall to the ground or surfaces within a short distance — that’s where the 6-foot rule comes from.

The NY Times piece on the CDC’s move quotes Rutgers microbiologist Emanule Goldman, who has been arguing since last summer to de-emphasize surface transmission:

The Times notes that commercial establishments — restaurants, grocery stores, dentists’ offices — have long appreciated the excellent optics of compulsive sanitizing. It represents a very visible action that signals an organization’s concern for its visitors and customers. This ritual obsessive sanitizing has always put me in mind of the “politician’s syllogism“: Something must be done. This is something. Therefore we must do it!

The obsessive cleaning and sanitizing that almost everyone has been doing (me included!) since the start of the pandemic can now be viewed as the “hygiene theater” it has always been.

A tapeworm antagonist to fight Covid

Vincent Raciniello, host of This Week in Virology, has a new blog post laying out the promise of Nic­lo­sa­mide in counteracting a SARS-CoV-2 infection. This drug is approved for treating infection by tape­worms.

Nic­lo­sa­mide was identified in a screen of 3,000 small molecules as a promising candidate for interfering with one of the ways the SARS-CoV-2 virus destroys lung cells. This is by syncytia, in which an infected cell fuses with a neighboring uninfected one, resulting in cells with multiple nuclei. Additionally, Nic­lo­sa­mide acts to block virus reproduction.

Niclosamide disrupts syncytia by inhibiting a family of chloride channels called TMEM16. This action, be­sides getting in the way of the spike protein causing cells to merge, could also reduce the inflammation, thrombosis, and diarrhea that can result from infection with SARS-CoV-2.

Your frippery today is an introduction to the surreal photography of Elena Sheidlina (anglizized as Ellen Sheidlin), a Russian artist and model. She has gathered 5 million followers on Instagram and it is easy to see why. She says her photos take a week or more to prepare and 10 minutes to shoot.