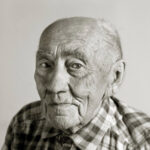 Three items of pandemic news you may have missed recently: Moderna can pack more doses per vial; Emergent’s big mistake; and news on vaccines for kids as young as 12. Plus news briefs and a pair of fripperies.

Pfizer is good down to age 12

Pfizer and BioNTech have been testing their vaccine in children aged 12 to 15, and now they have announced pre­lim­in­ary results (press release): the shot was 100% effective in that population and was well tolerated.

The companies say they will submit an amendment to the FDA asking that its Emergency Use Authorization be modified to allow the use of Comirnaty in children as young as 12. They also plan to ask regulators worldwide to make the same modification. The hope is that kids might begin getting shots before school opens in the fall.

The vaccine generated antibodies in 2,260 young teens at levels well above those seen when people aged 16 to 25 were vaccinated: a geometric mean titer of neutralizing antibodies of 1,239.5, vs. 705 in the older cohort. In the placebo arm of the study, 18 kids developed Covid-19; none did among those receiving the vaccine.

Here is more coverage of the Pfizer / BioNTech results.

In a separate development, Johnson & Johnson announced that they are extending their ongoing Phase II-a trial to children ages 12 to 17. The vaccine is currently authorized for ages 18 and up.

The Emergent factory in Baltimore is signed up to help both AstraZeneca and Johnson & Johnson with the man­u­fac­ture of their vaccines. (See the figure depicting virus makers’ manufacturing agreements — it is updated freq­uently.)

One or more employees at Emergent, apparently, made a big mistake: mixing up materials for the products of the two vaccine makers. The problem was caught in quality control; the end result was the spoiling of 15 million po­ten­tial doses of J&J’s shot.

J&J has confirmed the error. The company made its number for its March commitment to the US government: 20 million doses. The shortfall is going to hit in April. The upshot is that J&J, which had been saying it would deliver 100 million more doses by the first of May, is now backpedaling a bit and saying “by the first of June, and we hope for May.”

This Emergent plant, which took nearly a billion dollars of Project Warp Speed money in 2020, is no stranger to quality problems. As it happens, the FDA dinged Emergent in April 2020 after an inspection found significant errors in training and procedure. Weeks later the Warp Speed investment was announced.

The FDA authorized the company to ship vaccine in vials of two sizes, a smaller one that can contain up to 11 doses (previously it was 10), and a larger with up to 15 doses. Here are Moderna’s press release and the FDA an­nounce­ment.

In addition the FDA relaxed the rules around how long vaccinators have to put the vaccine into arms after re­mov­ing it from a freezer. The maximum time at room temperature is now 24 hours; it was 12. And staff at a vac­cin­ation site now have 12 hours after first puncturing a vial to use the vaccine, up from 6 hours previously. These changes are based on new documentation that Moderna supplied to the FDA testifying to the vaccine’s stability with time and temperature.

Two fripperies today. The first is a collection of paired photographs from a Czech artist, Jan Langer. Each shows a young adult and the same person at age 100. Langer notes on his site that Czechia now has about 1,200 cen­ten­ar­ians (in a population of 10.6 million), and in 50 years will have 14,000. The photographer posed his elderly subjects to mimic their attitude in the older portraits, and matched the new captures to the cast and coloration of the older ones.

Your second frippery involves 250,000 dominoes. After the kickoff domino is disturbed, a carefully prepared field the size of a basketball court proceeds to topple in multiple chain reactions. It all takes 14 minutes and you will not even be tempted to look away. This massive Rube Goldberg machine with dominoes was designed and built by a team of 19 people from all around the world. Did you know there is an occupation called “professional domino / chain reaction artist?” I didn’t.