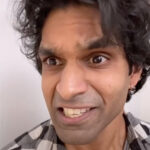 Herewith three items of pandemic news you may have missed recently: The latest installment in the ongoing AstraZeneca saga; how the im­muno­sup­pressed respond to mRNA vac­cin­a­tion; and Minnesota’s opening up of eligibility for shots. Plus news briefs and a frippery.

Minnesota opens up vaccination to all 16+

This morning our governor, Tim Walz, announced that as of March 30, all Min­ne­so­tans age 16 and up will be eligible for Covid-19 vaccine. That early target date places Minnesota 12th in the roster of states and territories. (Alaska was first, announcing universal availability on March 9.) Just under a quarter of the US population lives in states that have said they will open shots to all on or before the date announced today by the Minnesota governor.

The state health department expects vaccine supplies to expand dramatically in the first week of April, to perhaps 500K shots per week. (The supply is about 330K/wk. now.) If the current rate of vaccinations (44K/day) were to continue, 80% of Minnesotans would have received a first shot by mid-May, and both shots (for the two-dose vaccines) before June. It could happen earlier than that: the government, and vaccination sites, have been saying all along that the constraint has been vaccine supply. Let us see how resilient the distribution channel is when the supply balloons.

Those 16 and 17 years of age will need to seek out the Pfizer / BioNTech vaccine; Moderna and J&J are auth­or­ized only for ages 18 and up.

Governor Walz said: “Families — you can go together and get everyone vaccinated… There’s no barriers, there’s no cost.”

Given the four days’ lead time, I expect that by Tuesday the websites of most or all of the providers in the state will have been updated to remove the screening questions of age and pre-existing conditions that have determined eligibility up to this point.

mRNA vaccines do little for the immunosuppressed

Vaccines work by stimulating the immune system to produce defenses against a pathogen. But what of people who barely have a functioning immune system? A new study quantizes the deficits such people experience after vaccination with one of the mRNA vaccines (Pfizer or Moderna).

The study population was 436 Covid-naïve people taking immunosuppressant drugs because of an organ transplant. After 20 days had elapsed following a single shot of either mRNA vaccine, a total of only 17% of the participants (76 of 436) showed any antibody response at all to SARS-CoV-2’s spike or receptor binding domain. In contrast, in clinical trials, both vaccines demonstrated an antibody response in 100% of study participants who had normal immune systems.

The hardest hit were those taking anti-metabolites (mycophenolate or azathioprine) — they were five times less likely to mount an antibody response than those not taking these drugs. Interestingly, those receiving the Moderna vaccine were twice as likely to show a response as those taking the Pfizer shot.

The study did not look at re­spon­ses after a second shot of mRNA vaccine, nor did it examine T cell responses elicited by vaccination — a component of the immune system that may be more important than sterilizing antibodies in dealing with Covid-19.

In a commentary in MedPage Today, the lead author of the immunosuppression study recommends that the CDC update its guidelines to spell out the limitations of vaccination for people taking im­muno­sup­pressive drugs.

May this be the end of the drama, at least for now. AstraZeneca has posted their promised reworking of the analysis of Phase III trial results.

The upshot: overall efficacy was reported as 76%, not materially different from the 79% reported, to highly unusual government pushback, three days previously.

I have seen no informed speculation on where the figure of 69% to 74%, attributed to the Data Safety and Monitoring Board, came from.

As Stat News’s Helen Branswell reminds us, the end result of all the drama seems to be that AstraZeneca / Oxford vaccine works well. That is good news, because the world is going to need it, even if the US does not.

The frippery today is how mRNA vaccines work, in 60 seconds. (Hat tip to John Garison.) The guy (@hot­vick­krishna, pictured upper left) plays all the parts: the mRNA se­quence, the ribosome, the immune system, the antibody, and the virus. Forks are involved.