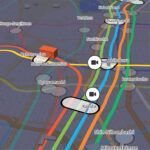 Herewith three items of pandemic news you may have missed recently: Re­in­fec­tion is more likely after age 65; the EU gives AstraZeneca’s vaccine a less than resounding go-ahead; and long Covid in children. Plus news briefs and a frippery.

The Washington Post has a long read on what is known, and unknown, about children and long Covid. It profiles in depth two teenage girls suffering extended symptoms, and surveys the few studies that have published results touching on the subject.

The number of children who have tested positive for SARS-CoV-2 is 3.17 million. Given the almost com­plete lack of testing of asymptomatic people (as we discussed last time), and the higher likelihood of a lack of symptoms in kids, the true number is surely much higher. Taking a figure from an English study — 12.9% of Covid-19 cases in children that will go on to develop into long Covid — gives us in the neighborhood of a million kids who may suffer for months or longer from the sequelae of this disease.

A recent study from Italy, not yet peer-reviewed, suggests even higher proportions of children who go on to long Covid. It found more than half of 129 children in the study suffered from at least one ongoing symptom after 4 months. The long tail was more prevalent in children who had experienced symptomatic Covid-19, but was not absent in the asymptomatic.

Multidisciplinary clinics are being established to help young sufferers in Boston, Baltimore, Denver, and Louisville. They may get some of the grants the National Institutes of Health will be issuing as part of a new program to examine the full range of impacts on children of Covid-19 and its rare follow-on, MIS-C (multi-system inflammatory syndrome in children). MIS-C can be fatal, but those who recover from it may be subject to a range of aftereffects similar to what is experienced in long Covid.

We have been writing about the safety scare with AstraZeneca’s vaccine, which caused a cascade of Eur­o­pean countries to pause their distribution of the shot.

Yesterday the European drug regulator, the EMA, told EU members that after a review they had found the AZ vaccine to be safe and effective — on balance to be more beneficial than harmful. Not a ringing endorsement, but it was an endorsement. The EMA said explicitly that a role for the vac­cine in the for­ma­tion of rare blood clots cannot be ruled out. The EMA will be launching “targeted ob­ser­va­tional studies” to learn more.

The AZ vaccine will get a new warning label. Those administering it, and ideally also those receiving it, should be on the lookout for a list of symptoms that might point to thromboembolic events. Things to look for include pain in the chest, persistent bleeding, breathlessness, coldness or swelling in an arm or leg, severe headache, or bruising elsewhere than the site of the shot.

English authorities have never wavered in their support of AstraZeneca’s product. While the UK has ad­ministered the vaccine to twice as many people as Europe has, they have seen few if any similar cases of worrying blood clots. One reason for the disparity may be that the clotting danger is heightened in younger women, especially those taking oral contraception. England began vaccinating its oldest citiens first and has only recently begun administering AZ’s vaccine to large numbers of younger people.

According to CNBC, a number of European countries now say they will resume use of AZ’s shot. The list includes France, Germany, Italy, the Netherlands, Portugal, and Spain.

Sounding a more somber note, researchers in Norway (which is not an EU member) examined three health workers, all women under age 50, who were hospitalized with blood clots; one of them died. Ac­cord­ing to Google’s translation of an article in vg.no:

The experts have worked on the basis of a hypothesis that the vaccines triggered an unexpected immune reaction in the sick health workers, who have triggered the system so that a combination of blood clots and low platelets has been obtained. It is this theory that they now believe they have confirmed.

Reinfection is more likely after 65

Remember the Statens Serum Institut in Denmark? We last encountered it in the context of a Covid-19 crisis in mink. Now researchers at SSI are reporting on a study of reinfection of people previously ill with Covid-19 — particularly as its incidence depends on age.

The bottom line after some fancy statistical footwork: in people under 65, recovery from Covid-19 confers immunity equivalent to that gained from a vaccine with an efficacy of 80.5%. For those over 65, the pro­tec­tion is considerably less, equivalent to 47.1%.

An efficacy like that in a Phase III trial would not get a vaccine a hearing at the FDA.

Immunity fades with age. The lower protection that older people see after a natural infection may be due to the faster waning of antibodies, or to a reduced population of naïve T cells, or to disruption of the com­muni­cation necessary for a robust response by Covid-aware T cells.

The researchers used a Danish database from that country’s widespread PCR testing. People both with and without symptoms were tested, so the research almost certainly included data on many people who had asymptomatic SARS-CoV-2 infections. This fact may explain why this study found a far higher level of reinfection than previous studies have.

This study reinforces what has long been suspected: that human-produced vaccines provide more robust protection than natural infection can. The researchers put it this way:

These data are all confirmation, if it were needed, that for SARS-CoV-2 the hope of protective immunity through natural infections might not be within our reach, and a global vaccination programme with high efficacy vaccines is the enduring solution.

Here are an account of the research at CIDRAP, the original article in The Lancet, and a commentary on the issue from the same publication.

Finally, your frippery today is a real-time look at Japan’s subway system. It is absolutely mesmerizing, especially during rush hour (perhaps around 5:00 pm Central time). Note though that this site quickly made my laptop run hotter than perhaps any other I have ever visited. There’s a whole lot of Javascript going on there.