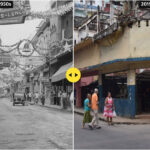 Herewith three items of pandemic news you may have missed recently: Evi­dence that post-infection people could need only one shot; asymptomatics and long Covid; and AstraZeneca on pause across Europe over safety concerns. Plus news briefs and a frippery.

AstraZeneca on pause across Europe over safety concerns

It started in Austria. One person who received the AstraZeneca vaccine de­vel­oped blood clots and died 10 days later. Another developed clots and is recovering. As the NY Times noted, “Public health experts expect medical conditions to turn up… in some people after they get any vaccine, just by chance.” But Austria decided to stop using the batch of AstraZeneca vaccine (labeled ABV5300 and comprising one million shots) that supplied the doses the two people had re­ceived.

The WHO insisted that there is no evidence the vaccine is unsafe or is responsible for the observed cases of blood clots. On Wednesday the European Medicines Agency issued a statement reinforcing this. France and Germany both elected to carry on with AstraZeneca, and the Dutch health authority publicly stood by the vaccine.

Other countries, both in and out of the EU, began pausing administration of the AZ vaccine: first Den­mark (an EU member) and Norway (not in the EU) put a hold on all use of it. In Denmark a 60-year-old woman had been vaccinated, formed a blood clot, and died.

AZ already faced a heightened level of mistrust in Europe, for various reasons including the confusion of its (in my opinion sloppily run and reported) multi-nation Phase III trial. Production delays that delayed shipments to the EU did not help. The governments of France and Germany initially refused to approve the vaccine for older adults, citing lack of evidence that it was effective in that population, but began allowing it this month.

Here is more coverage on AstraZeneca’s headwinds in Europe.

Here is an unsettling report on long Covid in the NY Times, based on this MedRxiv preprint. Over 1,400 people who had tested positive for Covid-19 were followed up 60 days later. Over a quarter, 27%, were long-haulers — still exhibiting symptoms after two months. Of those, 32% had never experienced symp­toms in the initial infection.

The study drew on electronic health records in California, so the researchers had access to demographic and health data on the subjects. They found more than 30 separate symptoms among the long-haulers, and the data were robust enough to allow grouping symptoms into clusters that tended to occur to­gether — such as abdominal pain with headache, or chest pain with cough.

Thirty-four of the subjects were children, and 11 of them exhibited long Covid symptoms.

If we extrapolate these figures to the US population, we can estimate that as many as 8.1 million of those inficted with SARS-CoV-2 (a total now of about 30 million) will become long-haulers. Of those, 2.6 mil­lion will not have experienced symptoms initially. The continuing toll on people’s lives and the econ­omy is going to be staggering.

If it was not obvious already, this study shines a spotlight on a stark truth: you really do not want to con­tract this disease. Taking the vaccine when it is available to you is seeming more important than ever. I look forward to studies in the coming months that illuminate the question: to what extent does vac­cin­a­tion reduce the occurrence of long Covid?

More evidence that post-infection people could need only one shot

Last December we first noted the expert voices calling for giving just a single shot of the two-dose vac­cines to persons who had recovered from Covid-19. Now researchers in New York have measured the antibody responses after vaccination of such patients compared with those of a Covid-naive cohort.

The recovering Covid people showed antibody levels jumping to levels 45 times as high after a single shot. In other words, one shot of mRNA vaccine was acting as a booster to the immune response the body had learned from infection. (The 110 people in the study got either the Pfizer or the Moderna vaccine.)

The research letter was published in the New England Journal of Medicine.

The frippery today is from The Guardian: collections of then-and-now photos, with a nifty Javascript control for exploring them. Many of the sets have pandemic themes, but other disasters make an ap­pear­ance as well: the 2011 earthquake and tsunami in Fukishima Japan, and the Beirut explosion. Not all of the sets are about disasters (though most are). I particularly enjoyed before-and-after photos of Havana (above left) around its 500th birthday.

[ Note added 2021-03-15: ] Now both France and Germany have paused the use of the AstraZeneca / Oxford vaccine, bringing the total of suspending countries to 13. The European Medicines Agency is expected to finalize a report on AZ and blood clots this week.