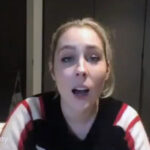 Herewith three items of pandemic news you may have missed recently: Controlling the message on vaccines of different efficacy; Johnson & Johnson’s day in the spot­light; and media jumping the gun on viral variant stories. Plus news briefs and a frippery.

We have not written yet about the New York variant. It is called B.1.526 and it is a nomenclatural lumping to­gether of two viral lines containing mutations in common with other variants. Starting in November, B.1.526 spread rapidly in New York until by February it accounted for an estimated one-quarter of infections in that city’s boroughs.

The NY Times published an article on the variant yesterday and it is catching some flak. Apoorva Mandavilli’s piece draws on a preprint (public but not peer-reviewed) from Caltech and a draft paper out of Columbia that was not yet even up on a preprint server (it has since been posted). Some critics mentioned that the draft Mandavilli saw still had change-tracking turned on.

One of B.1.526’s mutations, dubbed E484K, is shared with the B.1.351 (South Africa) and B.1 (Brazil) variants. It is the change believed to be responsible for those variants’ escape from some antibodies produced by either natural infection or vaccine.

I’m with the critics on this one: wait for the science to catch up a bit more before spreading alarm through a media megaphone as powerful as that of the NY Times.

As I write, the FDA’s committee of outside advisors, dubbed VRBPAC, is meeting to decide whether to recom­mend the Johnson & Johnson / Janssen single-dose candidate vaccine for emergency use. (Here is the FDA’s briefing document for the committee. Stat News is live-blogging the meeting here. The FDA is running a live stream.) The shot is widely expected to get the nod. One big question today is whether the vaccine can be given to anyone over 18 years of age, or only to those 18-75. There is only thin data for people over 75.

If J&J’s shot gets VRBPAC’s vote, the FDA will meet as soon as tomorrow (Saturday Feb. 27) to decide whether to take the recommendation. They usually do. The committee of the CDC that makes final determination of how and for whom the vaccine can be used has already scheduled a meeting for Sunday. So in all likelihood a small amount of J&J’s vaccine could be flowing into distribution channels next week. There isn’t much in warehouses, however: most estimates say it amounts to a few million doses. The company has sold the US government 100 million doses to be delivered by the summer.

Give me vaccine. No, not that one!

With the J&J vaccine on the cusp of being authorized, more attention is focusing on the issues stemming from that fact that its efficacy is lower than that of the two EUA’ed mRNA vaccines. NBC News covers the efforts at federal, state, and local government levels to get the message across: this vaccine is not lesser. All of them are good.

The three vaccines will be shipped to all destinations in numbers proportional to their supply; there will be no discrimination based on rural/urban, economic, racial makeup, or any other external factor, and the gov­ern­ment is at pains to make sure we all know that.

It is too bad that this sensitivity will get in the way of playing to the J&J shot’s strengths. Requiring only con­ven­tional refrigeration for shipping and storage, J&J’s vaccine is ideal for distribution to areas without access to high-tech cold chain conditions. Requiring only a single shot for protection, not two, J&J’s vaccine is far easier to distribute to hard-to reach populations such as the homeless, the poor, or the young who may be hard to pin down and/or more mobile.

But the government cannot afford to be seen to be sending a product perceived as less desirable to these demo­graphics.

At today’s VRBPAC meeting, a questioner asked Johnson & Johnson a tough one: what will you say when your two-shot Phase III test reads out if its efficacy turns out to be higher? (I would be gobsmacked if it were not.) What messaging will you use to explain why you gave people only one shot until now?

Across the Atlantic, Germany is wrestling with similar questions around the AstraZeneca / Oxford vaccine. People there are clamoring for shots — but they only want Pfizer.

Your patience is rewarded. The frippery today is a short video (1-1/2 minutes) on how to prove you are not a robot. The creator calls herself Stevie Martin (who knows, that may actually be her name), and tweets as @5tevieM.