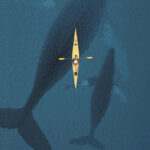 Herewith three items of pandemic news you may have missed recently: A challenge trial in the UK; the chance of transmission by the vaccinated; and a primer on viral recombination. Plus news briefs and a frippery.

All viruses mutate, constantly. Coronaviruses have a proofreading feature that makes mutation happen at a lower rate than in other virus families. Almost all mutations do nothing. Of the rest, most are harmful. The ones that confer some advantage to the virus represent a vanishingly small proportion: like winning Powerball.

But many viruses have a superpower; all coronaviruses do. That magical ability is recombination. In this op­er­a­tion the enzymatic RNA-reading mechanism combines arbitrary parts of two variants (i.e., collections of mu­ta­tions) into a new hybrid virus that merges the abilities and characteristics of its two progenitors. Again, most of the time the hybrid isn’t any more fit than the variants that composed it, but rarely it is.

Recombination is the way viruses can take evolutionary leaps and exploit entirely new classes of hosts. Some re­search­ers believe that SARS-CoV-2 itself emerged from a recombination event in a bat somewhere, or perhaps in an intermediate species between bat and human.

There is evidence that a recombination event happened that merged the B.1.1.7 variant (isolated in Great Britain) with the one emerging in California. The hybrid was detected in a lab in New Mexico, according to a report a researcher there presented to an online meeting on February 2. There is no indication this hybrid is spreading in the wild.

We humans can slow down recombination, and the method we use to do that is the same one that retards mu­ta­tion: keep the virus from spreading. We all know how to do that.

If we’re tired of the virus winning evolutionary Powerball all the time, then we should damn well stop selling it so many tickets. — Angela Rasmussen, vir­ol­ogist

Can the vaccinated transmit?

Say you have received two doses of vaccine and two weeks have passed since the second dose. You are well pro­tected against getting sick with Covid-19. But can you still be infected and transmit the virus to others?

The short answer is: “We don’t fully know yet.” The details of “sterilizing immunity” vs. “effective im­mun­ity” are explored in Andy Larsen’s long piece in the Salt Lake Tribune.

Sterilizing immunity would require the body to be able to block SARS-CoV-2 virions at the point of infection: the upper respiratory tract, i.e. the nose and throat. Effective immunity could be conferred if the body were only able to fight off the virus once it had reached the lower respiratory tract (lungs).

Recovery from a natural SARS-CoV-2 infection leaves the body with antibodies in both places: IgA in the nose and IgG in the lungs. According to the animal studies that have been performed so far, vac­ci­n­ation mainly results in IgG. So the body’s ability to nix a new infection may be less from vaccination than from Covid-19 recovery.

But vaccination should provide some protection against infection and transmission. From all the evi­dence, Larsen (the SL Trib writer) estimates this protection at anywhere between 30% and 90%. And note that any reduction at all in transmission will be helpful towards the goal of slowing the pandemic.

Researchers in Britain are signing up volunteers who will be deliberately infected with SARS-CoV-2. The study, which just gained ethics approval, will enlist 90 healthy adults aged 18-30. After infection, the volunteers will spend an initial 14 days in the hospital being tested and observed.

One initial aim of the study is to determine the minimum amount of virus required to establish an infection in healthy people. Researchers will also be able to monitor people’s immune system re­sponse to the virus.

The volunteers will be followed up over the course of a year. They will receive a total of £4,500 over that period for their time and trouble.

The study will use the “Covid classic” version of the virus that was circulating earlier in 2020, before the B.1.1.7 variant became widespread. Later iterations of the study (which have not yet been ap­proved) aim to study the variants, as well as to perform head-to-head comparisons of the efficacy of existing and new vaccines.

It will become increasingly difficult to recruit for safety / efficacy studies for new vaccines as more of the population gets vaccinated. And traditional trials could take longer as fewer people are available for the virus to infect. In these conditions, challenge trials may become more common in the future.

Here is the screening protocol for the UK study on clinicaltrials.gov.

Your frippery today is a pair of Instagram channels. The first is a curated collection of drone photos (with some video); at upper left is one of my favorites from the large collection. The second is one photographer’s oeuvre of dog portraits, and they are dear.