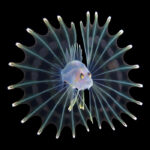 Herewith three items of pandemic news you may have missed recently: A promising antiviral; a rare blood disorder perhaps related to vaccination; and the prospects for children getting vaccinated. Plus news briefs and a frippery.

When will kids get vaccinated?

The urgency to vaccinate children is plain enough. Besides increasing the safety of everyone involved in a return to in-person classes, vaccination would shrink a potential reservoir of the SARS-CoV-2 virus in which it can continue to mutate and spread.

Dr. Anthony Fauci said that vaccines may be approved by September for children as young as 6. But others interviewed by ProPublica believe that manufacturers are not moving fast enough with clinical trials for that to happen.

The way age de-escalation normally works in such trials, according to Fauci, is that vaccines are tested for safety and efficacy in (for example) people aged 12 to 16; then 9 to 12; then 6 to 9.

Pfizer is the only vaccine maker with studies in a young population that are far enough along to promise results by summer’s end. They have fully enrolled (n = 2,259) a trial for kids 12 to 15, and plan to start another for those 5-11 when the first one reads out. 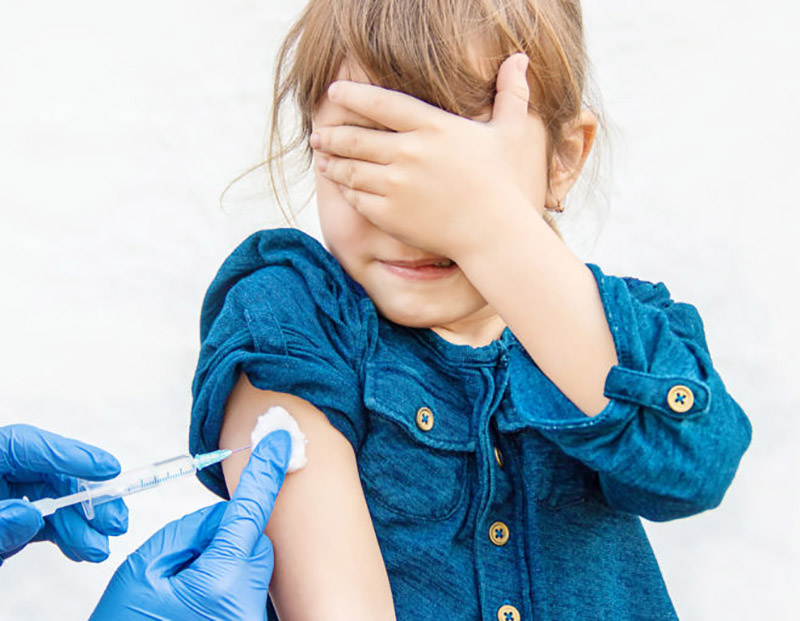 Moderna is enrolling 3,000 volunteers age 12 to 18 for the first phase of its age de-escalation, and expects preliminary results by mid-year. The follow-on study, for ages 6 months to 11 years, isn’t expected to read out until 2022.

Johnson & Johnson, whose vaccine candidate is being examined by the FDA for an emergency use auth­or­i­za­tion, has not yet begun any studies in younger cohorts.

Testing in younger people will have some differences from the large-scale Phase III trials the manu­fac­turers have mounted in adults. They will be smaller, around 3,000 participants; doses will be smaller; and the researchers will be looking for different signals of both safety and efficacy. One adverse event they will be watching for is any sign of immune disorders, such as MIS-C, that may be related to vaccination. For efficacy, researchers won’t be looking for symptomatic Covid-19, which is rarer in children who get infected; rather they will be measuring antibody responses, even though no correlates of protection have been nailed down for this disease.

Read ProPublica’s extensive article, and the coverage at MPR News, for more detail on the planning for vaccine testing in children.

By now most of us have heard about the rare instances of anaphylaxis following injection with either Moderna’s or Pfizer’s vaccine — fewer than one in 100,000 people have experienced this. An even rarer possible side effect of vaccination is now showing up: 36 people, out of 31 million vaccinated, have suf­fered the onset of a rare blood disorder called immune thrombocytopenia, in which the immune system destroys blood platelets. The reasons for its onset are unknown.

It is not certain that these incidents are related to the vaccine. Officials at the FDA and the CDC are look­ing into the reports. So far the condition is appearing at a rate roughly consistent with its incidence in the US population.

The NY Times article linked above quotes two hematologists who believe that at least some of the reported cases of immune thrombocytopenia were probably brought on by the Covid-19 vaccines. The condition afflicts about 50,000 people in the US, and is sometimes triggered after a viral infection. It is generally treatable.

The risks of Covid-19 far outweigh the chances of running afoul of this blood disorder. The advice for people who have already experienced immune thrombocytopenia: talk it over with your hematologist, but getting vaccinated if you have the opportunity is probably your best bet.

Vincent Racaniello, host of This Week in Virology, has a post on his virology blog profiling an orally available antiviral called EIDD-2801 (also known as Molnupiravir). It has shown great promise in testing in ferrets and mice, for both prophylaxis and treatment.

Specially engineered mice were infected with SARS-CoV-2 and then treated orally with EIDD-2801 at 24 and 48 hours following infection, then every 12 hours. For the mice first treated at 48 hours, viral load dropped 96%. For those dosed at 24 hours post-infection, the virus titer was reduced by a factor of 25,000. In a separate experiment where the first dose of EIDD-2801 was administered 12 hours before infection, viral load was reduced by 100,000 times. (On a human RT-PCR test for Covid-19, such a reduction would bump the Ct value by 16.6.)

Phase II and III human trials are underway now. Racaniello concludes, “One wonders how the trajectory of the COVID-19 pandemic might have been altered had EIDD-2801 been ready for efficacy trials against SARS-CoV-2 in early 2020.”

Your frippery today is a gallery of the winners of an underwater photography contest (that’s a young lionfish at upper left). These amazing captures are best viewed full-screen. Unfortunately the in­struc­tions given at the link above for navigating the photos in this mode are unreliable. Typing j/k or forward/back arrow only worked for me in Firefox; in the Chrome browser it worked for exactly nine of the 20 photos, and in Safari it did not work at all.