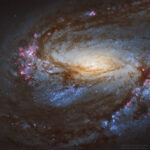 Herewith three items of pandemic news you may have missed recently: The South African variant shows up in the US; pharma giants are helping each other out; and Novavax reads out preliminary results. Plus news briefs and a frippery.

Yesterday Novavax reported early results from Phase III trials in the UK and South Africa. Both are interesting in that they provide the first data out of con­trolled trials as to how vaccines perform against the emerging SARS-CoV-2 variants. (Johnson and Johnson’s report today adds more detail to the variant picture.)

These Novavax trials started in September. Efficacy in the 15,000-strong UK trial was 90%, whereas in South Africa (4,400 volunteers) it was only 49%. Over 90% of the infected South African study participants whose viral DNA was sequenced were carrying the highly infectious B.1.351 variant that has all but taken over the pandemic scene in that country.

Both studies involved relatively small numbers of cases — 62 in the UK and 29 in SA — so their predictive power is modest.

Notably, two (6%) of the cases in the South African study population were people infected with HIV. When data from these two subjects are excluded, the Novavax candidate had an efficacy of 60%.

Novavax said it is already at work on a tweaked vaccine that should do a better job against B.1.351 (as are Moderna and BioNTech).

The high efficacy in the UK is good news, because it means the vaccine candidate performed well against the B.1.1.7 variant that was first isolated in the UK and is now dominant there.

Novavax has a Phase III trial running in the US, and has its challenges getting people signed up at this late date. It is not known whether the company will wait for the US study to read out before applying for an EUA, or whether it might judge the data in hand sufficient to apply to the FDA.

Here is more coverage on the Novavax results from NY Times and from Derek Lowe (who also examines the J&J data).

Normally I’m suspicious of news that a large corporation — in any industry — has announced actions for the public good. The very structure and charters of corporations require them to put no goals ahead of making a profit for shareholders. But for this story I’m inclined to let my guard down just a bit.

Three days ago Reuters reported that Sanofi had inked a deal with Pfizer to help manufacture 100 million doses of the latter’s Covid-19 vaccine, Comirnaty, for European distribution. Remember, Sanofi last month suffered a delay in their own vaccine development push in collaboration with GSK.

And yesterday we learned that Novartis, not to be left out of the party, is in discussions with “several” vac­cine makers about helping with production of vaccines and/or supplies for Covid-19 tests.

Word that the Biden administration is planning to invoke the Defense Production Act may have helped the Sanofi and Novartis decide to jump before they get pushed. Of course the ad­min­is­tra­tion wants to get more vaccine manufactured faster, but it is far from clear that coercing com­panies with the DPA would ac­com­plish this. The first doses of Comirnaty made with Sanofi’s assistance probably won’t get into Euro­pean arms much before August.

South African virus variant found in the US 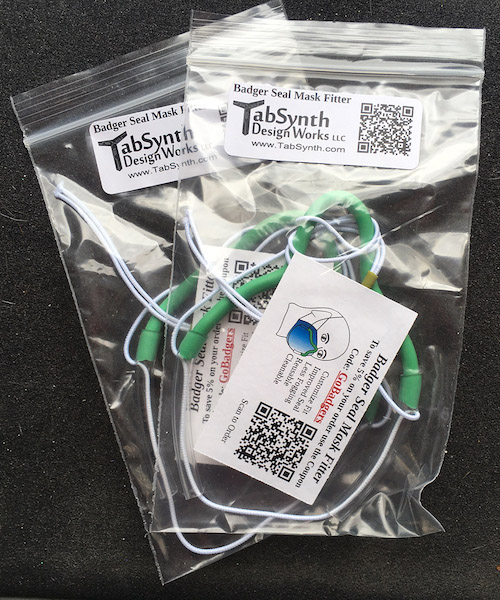 We knew it was just a matter of time. The highly transmissible B.1.351 var­iant of SARS-CoV-2, first isolated in South Africa, has shown up in two people in South Carolina. Neither had traveled to any region where B.1.351 has been detected. They do not know each other and live far apart, so the supposition is that B.1.351 is circulating in the community now.

With B.1.351 being so hard on immunity via natural infection and on the first wave of Covid-19 vaccines (see the Novavax story above and the news out of Johnson and Johnson earlier today), it is more incumbent on us than ever to stay home, to keep distance, and to mask up. In fact double masking might be a good idea. I just purchased Badger Seal mask fitters from TabSynth (pictured, click to enlarge) to make any cloth or paper mask fit and work better.

The reward for your patience: the frippery today is the Astronomy Picture of the Day. This NASA site, coded to venerable Web 1.0 standards, has looked the same since 1995. APOD claims to be the largest collection of (profusely and professionally!) annotated astronomy pictures on the Net. It is translated (sometimes a few days later) into something north of 20 languages. The photo at top left — click for a larger version, then hit the Back link to return here — is the central portion of the galaxy known as M66. The light you see left the general vicinity of that galaxy 35 million years ago, around the time that grasses emerged on earth from their predecessor angio­sperms and began to spread over the land.

[ Note added 2021-01-30: ] This table appeared in a tweet by Yale immunologist Akiko Iwasaki (@VirusesImmunity on Twitter). Click for a larger version. It is a good com­pact sum­mary of the J&J results; wish I had thought of presenting the data this way.