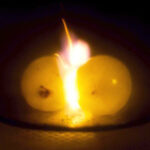 Herewith three items of pandemic news you may have missed recently: Pfizer’s vaccine handles the UK variant just fine; how to go about pro­duc­ing a vaccine-evading cor­ona­virus; and Biden will not hold back second doses. Plus the accustomed frippery.

Biden administration will not hold back second shots

This morning Joe Biden’s transition team said that he favors releasing nearly all avail­able vaccine supplies quickly, rather than holding back doses to ensure that people can get their second shots — “so we can get more shots in Americans’ arms now,” as Biden’s spokes­man put it. This decision runs counter to the policy under which Operation Warp Speed (OWS) has been operating, but it does not go as far as to interfere with dosing regimes in order to increase vaccine supplies, as some countries are doing.

According to the Washington Post, the Biden team’s announcement comes after eight governors wrote a letter to the secretary of HHS and the head of OWS, pleading for more vaccine.

Stat News’s coverage (first link above) notes that OWS’s policy of holding shots in reserve was always expected to soften at some point, when vaccine supply chains became more solid.

How to make vaccine-resistant coronavirus

Paul Bieniasz, writing in the persona of “an anonymous, pi**ed off virologist,” explains how, “if I had a nefarious nature and wanted to ensure that the new SARS-CoV-2 vaccines were rendered impotent, these are a few things I would try.”

He goes on to list: exactly what this country and others have done since, say, January of 2020:

The last item in Bieniasz’s recipe:

Finally, and here’s the kicker: having developed a remarkable two-dose vaccine, that is extraordinarily effective, administer it to millions of people — but delay the second dose.

Britain, are you listening?

We have first results in the quest to find out for sure whether the virus variants of concern are on a path to escape our vaccines. In the case of the Pfizer vaccine and one particular mutation, N501Y, found in both the British and South African variants, the answer is no. Here is the preprint describing research by scientists at Pfizer and the University of Texas (it has not yet been reviewed by peers or published in a scientific journal). Moderna says they are conducting similar research now.

This research did not address the mutation in the SA variant, dubbed E484K, that is causing more concern. This mutation does seem to reduce the effectiveness of some antibodies. But both natural infection and vaccines pro­duce a polyclonal response, so antibodies targeting other regions of the spike should continue to work.

The frippery today: making plasma by microwaving a grape. (This is a different kind of plasma than the substance doctors purify from the blood of recovered Covid-19 patients.) You may have seen the original video by Veritasium (which now has 8 million followers) any time in the last 8 years. Their new video features an interview with two physicists who investigated what exactly is going on when your common-and-garden kitchen appliance conspires to create the fourth state of matter. They published a paper in PNAS explaining it.

Go ahead, try this at home.