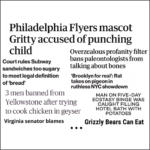 Some pandemic news you may have missed recently: How the upcoming time of vaccine purgatory will go down; two vaccines that hit a snag; and an antiviral com­pound that blocks SARS-CoV-2 transmission in ferrets. Plus a frippery.

An antiviral that blocks transmission in ferrets

This Week in Virology host Vincent Racaniello has a post up on his Virology.ws blog on what may turn out to be a promising therapeutic option. He discusses a paper in Nature on experiments testing the antiviral compound MK-4482 in a ferret model. The drug, administered orally 12 or 36 hours after animals are infected with SARS-CoV-2, completely clears the virus. It also stops transmission to other ferrets co-housed with the infected animals. The drug has already been tested for safety in humans, so a Phase II trial would seem to be in order.

It would not do to get too invested yet in MK4482 as some kind of miracle cure. Regarding animal models of disease and treatment, Racaniello and the other hosts of TWiV frequently remind us:

Mice lie, monkeys exaggerate, and ferrets are not people.

The rocky path: a delayed vaccine candidate and a failed one

If we look only at the progress of Pfizer’s and Moderna’s candidates, we might conclude that the path from genomic sequence to demonstrably efficacious vaccine is a short and straight line. Nothing could be farther from the truth, as two stories this week illustrate.

1. Sanofi has been working with GSK on an adjuvented, recombinant protein-based vaccine. The company just announced a delay in their program, which will mean that a vaccine could not be deployed, if authorized, until the second half of 2021. This vaccine candidate was one of the portfolio backed by Operation Warp Speed, which had reserved 100 million doses in the expectation of seeing a working product in the first half of next year. Sanofi had intended to enter Phase III testing this month.

The company said in its press release that early testing turned up a sub-optimal immune response in test subjects older than 60. The root of the problem, as Helen Branswell reported for Stat News, was that subjects were given too little vaccine due to a snafu with commercial reagents giving false readings. The undersized doses were sufficient to provoke a good immune response in younger people, but not in those over 60.

2. The other vaccine setback involves a novel platform being developed by scientists at the University of Queensland. It is based on a well-studied HIV protein called Gp41 being used as a platform to present the SARS-CoV-2 spike protein to the immune system. What the researchers learned a few weeks back is that inoculation with their vaccine candidate generates a false positive reading on a widely used HIV test. If their vaccine were deployed around the world, a valuable tool for HIV screening would be rendered impotent. The team developing the vaccine tried to find a work­around but failed to do so. The Australian government cancelled its commitment to purchase 100 million doses of the vaccine (if authorized) and the project at UQ wrapped up its work and shut down.

The Atlantic’s Sarah Zhang has a readable explainer on the confusing time ahead of us once a vaccine is auth­or­ized.

We’ve spent 2020 adjusting to a pandemic normal, and now a strange, new period is upon us. Call it vaccine purgatory.

States don’t know how much vaccine they will get, or exactly when. The locally focused nature of the rollout planning means that there will be unevenness and inconsistencies between states, cities, and even hospital systems. While the earliest recipients on the priority list are well-defined (healthcare workers and nursing home residents and staff), later groups get progressively more fuzzy. There will be jostling and contention from people and groups wishing to jump the line.

Read Zhang’s piece for many more wrinkles that you probably haven’t thought about (I know I hadn’t). She concludes: “It might take longer than we like, but we get there together.”

Your frippery for today is a collection of 2020 headlines gathered by Twitter user @geology_rocks. She does this every year. Follow the link for the complete list, but put down hot liquids first. The illustration above left gives you a small taste.