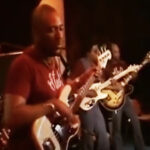 Herewith three items of pandemic news you may have missed recently:  your place in the vaccine line; what is owed to trial participants who got the placebo; and hackers attacking the cold chain. Plus the accustomed frippery.

Hackers going after the cold chain

We noted a couple of weeks back that Microsoft had reported ongoing nation-state spon­sored hacking attempts, apparently by Russian and North Korean groups, directed at vaccine developers. Now IBM’s cybersecurity division is calling out recent sophisticated, highly resourced phishing attacks against the worldwide cold chain that will support distribution of early Covid-19 vaccines. IBM does not attribute the source of the attacks. The Department of Home­land Security echoed IBM’s warning. The Washington Post reports:

The hackers targeted organizations linked to Gavi, a public-private vaccine alliance that supplies vaccines to poor countries. The alliance works closely with the World Health Organization, donor countries, the global pharmaceutical industry, and the Bill and Melinda Gates Foundation.

It is unclear just what the (presumed) state-backed hackers’ goal is in stealing login credentials of executives involved the building and running the global cold chain for drug distribution: theft? Or just disruption and confusion? Experts predict that a black market will develop for early doses of vaccine, with involvement by organized crime; but the cold-chain hacking campaign bears hall­marks of more technical savvy than the Mafia usually evinces.

Here is some more of the coverage on this puzzling development.

Got the placebo? No real shot for you

The situation is not as scary as the above (clickbaity) headline. Not quite. The NY Times has a thoughtful and wide-ranging article about the moral and scientific dilemma of what to do with and for people in the placebo arm of a drug trial once a vaccine is authorized.

At least one vaccine company in a Phase III trial, Johnson & Johnson, sent a modified consent form to its participants asking them to acknowledge that if they were in the placebo arm, they may not be eligible to receive the real vaccine for two years, if at all. (Of course they are free to just drop out and take whatever authorized / approved vaccine they are eligible for.)

The article brings out a number of subtleties of the question of whether volunteers “deserve” the real deal, by virtue of their participation and its inherent risk. Including an idea that Dr. Anthony Faucci promoted, which I hadn’t heard before:  yes give those in the placebo arm the real thing, but at the same time re-vaccinate the vaccine arm with placebo as well. I can’t quite wrap my head around the logic of why that would help the researchers to gather data that would otherwise be lost by unblinding the trial. The Times article also links a commentary in The New England Jour­nal of Medicine by a number of experts affiliated with the WHO, who argue strongly that “the last people you should vaccinate are those who were in a placebo group in a trial.”

Where are you in line?

The NY Times has a nice little interactive feature that tells you, after you answer four questions, roughly how many people are ahead of you in line for a Covid-19 shot, in the US and in your state and county. It’s based on the CDC guide­lines for distribution priority, which most states are expected to follow but aren’t required to. If this tool is to be believed, I might be able to step up early in the new year — 23 million ahead of me.

And now the reward for your patience: the frippery. This time we have a performance by the band Stuff at the Mon­treaux Festival in 1976. My friend who posted the link on Facebook warned us not to click if we had anything else planned within the next hour — such as going to bed. I can attest to the accuracy of that warning. The members of Stuff were sought-after session musicians in the 1970s and 1980s, and together their jazz / funk groove flows with compulsive force. Bonus: there’s a cameo by Odetta.