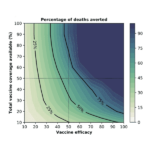 Herewith three items of pandemic news you may have missed recently: Dolly Parton’s role in saving us from Covid-19, modeling the best ways to distribute scarce vaccine, and Pfizer’s imminent filing for an EUA. Plus the accustomed frippery.

Pfizer will file for an EUA today

By the time you read this, Pfizer / BioNTech’s paperwork for an emergency use auth­or­ization for its vaccine candidate BNT162b2 may be in at the Food and Drug Ad­min­istra­tion. FDA’s scientists will go over the evidence for vaccine efficacy, safety, and manufacturability. So will an outside group of advisors, the Vaccines and Related Biological Products Advisory Committee. Members of the VRBPAC have been asked to meet in the timeframe of December 8-10. A few days before that meeting, they should make the Pfizer / BioNTech data public (if that hasn’t already happened). On one of those days, the VRBPAC could vote in favor of an emergency use authorization for the vaccine candidate. Then the Advisory Committee for Immuni­zation Practices (ACIP) within the CDC would issue its recommendations for priori­tizing vaccine dis­tri­bution (the group has set its next meeting for November 23). At any point thereafter the FDA could issue an EUA.

Once Pfizer begins shipping vaccine from its plants in Kalamazoo MI and Middleton WI, the first recipients — probably front-line health care workers around the country — could begin receiving their first of two shots by mid-December. The company has said it can provide 25 million doses in December, enough for 12.5 million vaccinations. (Its production rises to 30M doses in January and 35M in each of February and March.)

We have discussed whether an EUA is the best route to get the vaccine into people’s arms, or whether an Expanded Access program would better preserve the science of ongoing vaccine trials. Helen Branswell at Stat News reports: “It appears… that that trial balloon did not fly.” An EUA it will be.

[Pfizer] already has initiated rolling submissions with several regulatory agencies around the world, including the European Medicines Agency and the Medicines & Healthcare Products Regulatory Agency in the United Kingdom.

Here is a graphical tracker for the possible timelines of a number of vaccine candidates beyond the two front­runners, Pfizer’s and Moderna’s.

Speaking of distribution priorities: mathematicians have been hard at work for months building models to explore the options for rolling out an initially scarce vaccine. The problem is way more complex than it might appear at first glance.

Let’s look at one model, developed over the spring and summer at the Fred Hutchinson Cancer Center in Seattle and published as a preprint in August. Running the variations of 440 parameters for 9,000 hours on a cluster of com­puters resulted in the following priorities: the old should be vaccinated first while supplies are low, but once a sufficient supply exists to cover 50% of the population, assuming the vaccine is more than 60% efficacious, more lives would be saved by switching to healthy adults 20 to 50 years old, then children. (The illustration above is from this model.)

Other models focus more explicitly on issues of fairness and social justice. Should Black and Latinx and native people go to the head of the line? Undark.org reports:

The National Academies of Sciences, Engineering, and Medicine has begun to model an equitable allocation of a vaccine… Two other important models have emerged, one associated with University of Pennsylvania School of Medicine, and the other with Johns Hopkins University. Both are guided by concerns about ethics, fairness, maximizing benefits, building trust, and the greater public good.

You may have heard that the singer-songwriter Dolly Parton trended this week on Twitter when news came out that in early April the she had donated $1 million towards Covid-19 research at Vanderbilt Institute for Infection, Im­mun­ology and Inflammation [sic — no Oxford comma] at Vanderbilt University, in Tennessee. The scientific work the gift supported was important to the testing of Moderna’s vaccine: “Her money helped us develop the test that we used to first show that the Moderna vaccine was giving people a good immune response that might protect them,” the principal investigator told the NY Times. The Washington Post’s reporting tells the touching story of the unlikely friendship that led to the gift.

Twitter was quick to produce lyrics to Parton’s song “Jolene” with the title replaced by “Vaccine” — the first version to appear was by Internet linguist Gretchen McCulloch. Within an hour we had a performance of the parody. The sound level is low because Ryan Cordell was singing quietly late at night while his family was asleep.

Here at last is the frippery. This time we have the winners of two annual photography competitions, for photo­graphers who specialize in landscape and weather. Below are one sample from each contest’s finalists — though it was nearly impossible to pick just one. Hat tip to Jason Kottke for both of these. 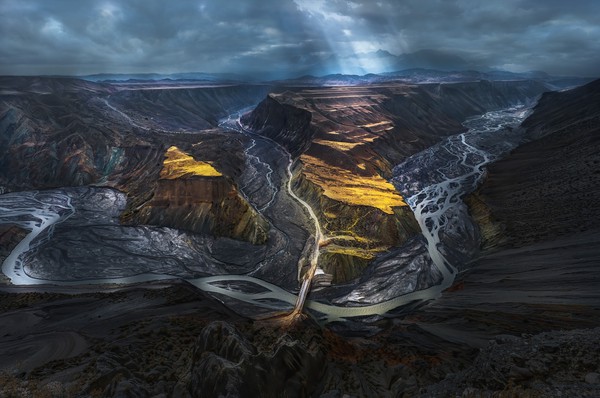 Weather: Richard Fox — “Ridgeline Optics,” Perthshire, Scotland. Bet you have never seen a fogbow before, especially not one with a glory in its center.

[ Note added 2020-11-20: ] The FDA has announced the timing of the meeting of its VRBPAC advisory com­mittee: December 10. Expect the meeting to last all day. It will be streamed. An EUA FAQ explains the pro­cess that will be followed. Both FDA scientists and physicians and the members of the advisory committee will review the data in the Pfizer / BioNTech filing, and FDA staff will question the advisors in the open meeting and take note of their advice. The committee may take a formal vote recommending for or against issuing an EUA. The meeting’s agenda and participants will be published in the Federal Register in the week of November 23. As far as I can see, the data in Pfizer’s submission will not be public in this process. Thanks to Monty Solomon for the links.