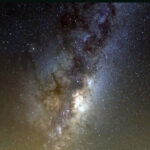 Herewith three items of pandemic news you may have missed recently: mental health associations with Covid-19; an anti-depressant possibly protective against worsening disease; and using testing to shorten the time of quarantine. Plus the usual frippery.

OCD drug fluvoxamine may be protective

This was a limited and preliminary study with only 152 participants, but it was double-blind, placebo-controlled, and carefully designed. JAMA decided to publish the study despite its limitations, which the authors acknowledged in the paper.

The researchers, based at Washington University School of Medicine in St. Louis, MO, found that the oral drug fluvoxamine (Luvox) may have prevented mild to moderate cases of Covid-19 from progressing to more serious disease. They gave 80 Covid-positive patients fluvoxamine and 72 others a placebo, at home and early in the course of their disease. After 15 days, none of the patients on the drug branch of the study had seen their symp­toms deteriorate — in this case defined as shortness of breath or a drop in oxygen saturation. Six patients in the placebo branch did deteriorate; four were hospitalized and one required a ventilator.

Fluvoxamine is an anti-depressant (an SSRI or selective serotonin reuptake inhibitor) usually prescribed for ob­ses­sive-compulsive disorder, social-anxiety disorder, or depression. It happens to have a strong anti-inflam­matory effect via a receptor protein called sigma-1. The researchers speculate that this anti-inflam­matory action is responsible for the protective effect they observed. “The good news is that not a single person taking the active medication experienced deterioration. We believe this drug may be the reason, but we need to study more patients to make sure,” the researchers said in a press release issued by their university.

An infectious disease expert interviewed by Stat News said: “An outpatient medication that is oral and reduces progression to disease would be a great addition to our arsenal.”

Eighteen percent of people recovered from Covid-19 in the US between January and April were diagnosed with a mental health issue following disease resolution (from two weeks to three months later). The most common diag­noses were anxiety disorders, insomnia, and dementia. The researchers found that first-time mental health diagnoses were twice as likely in these recovered patients as diag­noses for flu or broken bones.

Intriguingly, the association with mental health conditions seems to go both ways. People with pre-existing diag­noses of attention deficit hyperactivity disorder, bipolar disorder, depression, or schizophrenia were 65% more likely to develop Covid-19 than those without such diag­noses.

This retrospective cohort study could not determine the causality in either direction. For example it is not known whether follow-on mental health problems resulted from organic damage to the nervous system, isolation, drug side effects, the experience of going through the disease process, or something else.

Here is the paper in The Lancet.

A new study of workers on an offshore oil rig could lead to effective quarantines of shorter duration.

The idea is to test for SARS-CoV-2 a second time seven days after quarantine begins (initiated by the first test). If the second test is negative, an earlier testing simulation had suggested that ending the quarantine at 8 days will be as safe as continuing it to the 14 days currently called for in public-health guidelines. The new study put this idea to the test in a real-life quarantine situation, and validated it.

Roxanne Khamsi wrote up this testing approach on Medium. Note that both of the studies referred to above have been posted online to a preprint server and have not yet been peer-reviewed or published in a scientific journal.

You made it to another frippery. This time: sky-stabilized time-lapse photography. I first saw the video below last year, following a link on kottke.org (Jason Kottke is one of the longest-running bloggers, still posting daily after 21 years). The time-lapse, less than a minute long, displays an unusual perspective: a view stabilized on the Milky Way, instead of on an earthly landmark. In this view you watch the earth rotate through space.

Here is an even more vertiginous example of the genre. This photographer captured 24 hours of sky-stabilized rotation from a Polish farm, and (apparently) repeated it 60 times to make a smooth video of an apparent two months passing in 24 minutes.

This video explainer makes it very clear what is happening in the above.

It turns out that the sky-stabilized time-lapse is now a burgeoning genre all its own, with plenty of YouTube tutorials detailing how to make such videos for yourself. Here is a sampling of some of the best exemplars I found: