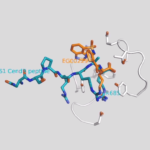 Today we offer four items of Covid-19 news: a county-level dashboard of dangerousness; new discoveries on how the virus spreads so effectively and why it inhibits long-term im­munity; and at-home saliva testing. Plus the accustomed frippery.

Why illness may not confer good immunity

It was an early puzzle in the pandemic, one of many: why did some people who had re­cov­ered from severe Covid-19 seem not to have developed much immunity to the disease? Reports and then confirmed cases of reinfection reinforced the mystery.

Researchers from Boston and elsewhere now believe they have discovered part of the answer. The disease not only employs multiple methods to evade the early-onset innate immune system, it also damages or destroys the germinal centers in the lymph nodes and spleen, crippling the later-acting adaptive immune system. As a result the antibodies that the body does manage to produce are of low quality, and there is little or no B-cell memory of the invading virus to provide protection next time. And in fact the immune system could be weakened when responding to any future threat, not just the virus that damaged it.

This finding bolsters the impression that has been building in my mind for some time now: that vaccination is going to provide far more robust immunity than getting infected with SARS-CoV-2 will. If we are ever to get to herd im­mun­ity, we will need working vaccines.

Here is the paper in Cell.

How does SARS-CoV-2 spread so effectively?

This virus is not all that good at killing people (thankfully), but it is a master of spreading to and infecting other hosts. Now researchers have turned up one of the secrets behind the virus’s uncanny ability to get inside our cells.

We have long known that SARS-CoV-2’s spike protein binds to a cell-surface molecule called ACE2 to begin its process of breaking-and-entering. The new discovery is that a second molecule on the surface of some of our cells, called neur­o­pilin or NRP-1, offers a second binding site for another part of the spike and aids the virus in its B&E. Here is a video explainer from the researchers who identified NRP-1 and pinned down just how the virus uses it. The illus­tra­tion above left is taken from this video; it shows how a part of the virus’s spike (in blue) fits into a cavity at the surface of NRP-1 (white) unless blocked by a molecule (orange) that competes with the virus for NRP-1 docking privi­leges. (Click on the thumbnail to enlarge, then hit the Back button to return here.)

That last point is to me the exciting part of this discovery. The researchers demonstrated that in the presence of an NRP-1-binding agent, the virus did not spread nearly as efficiently. The possibilities are strong for developing ther­apeu­tic agents against the disease.

Here is the paper in Science.

A county-level dashboard of dangerousness

Suppose you want to go out to lunch with three friends. Or to a party with 30. Or to a wedding with 130. What are the odds that at least one person at these gatherings will be infected and contagious? Once you pick the state and county where you want to do those things, this dashboard will give you the odds, based on the current prevalence of the virus in that county. You can set parameters such as how many cases are caught (or not) by testing, what percentage are asymptomatic, how long one is contagious before symptoms show up, and what percentage of infected people will actually quarantine when advised to.

You may remember that we wrote last August about Minnesota’s ambitious plans, the first of any state, to ramp up Covid-19 testing by using a no-swab, saliva-based test developed at Rutgers University. The test’s back end uses the same RT-PCR processing as the gold standard, deep-swab test in widespread use; its accuracy is equivalent.

These plans are maturing on schedule. The state now has five drive-up collection sites open, with more coming soon. You can schedule an appointment for any one of them online.

Samples are now being processed in a new laboratory in Oakdale MN (at first they were sent back to New Jersey) on a promised turnaround of 24-48 hours, with notification of results by email.

The state’s health department just announced that for 24 counties outside of the Twin Cities metro, the same test will be available by mail. The process includes a Zoom call with a specialist from Vault Health to make sure the sample collection and packaging-up are done correctly. 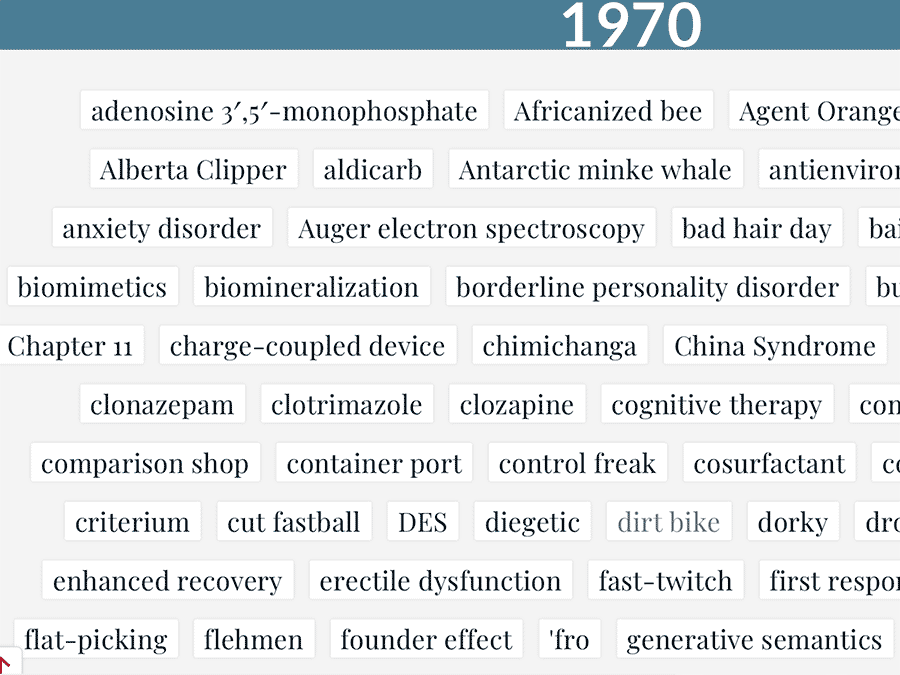 This testing is open to anyone, without a doctor’s order or symptoms. The test will be free: insurance, if provided, will pay for most or all of the cost, and the state will pick up anything it doesn’t cover.

At long last, here is your frippery. You may not thank me after you have sunk three hours exploring the Merriam-Webster Time Trav­eler. For any year back to about 1200 AD, it lists the words that first appeared in print in that year (with links to the definitions). You are so welcome. (via Jason Kottke)