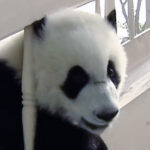 Herewith three items of Covid-19 news you may have missed this week: Pfizer’s timeline for EUA application, normally apolitical science publications criticize the Trump admin­is­tra­tion, and the $16T cost of the pandemic in the US. Plus the accustomed frippery.

The CEO of Pfizer said in an open letter that the company does not expect to apply to the FDA for an emergency use authorization for its Covid-19 vaccine candidate until the third week in November. That is the point when it will have accumulated two months’ worth of safety data on half of its enrolled subjects — which the FDA has set as a minimum requirement for application. The company is still saying its data safety monitoring board could examine interim results and make a determination on efficacy in late October.

In an unusual move, the company said that its study will continue blinded after the interim readout; this means that half of volunteers will continue to receive a placebo even if the drug proves to be effective. Pfizer pledged to make public the results of the DSMB’s interim analysis, whether positive or negative, and to continue the study until its planned end point.

Pfizer was the only one of the vaccine makers currently in the lead not to take money from BARDA or Operation Warp Speed; they put their own funds at risk as they ramp up manufacturing in advance of knowing whether their vaccine candidate works.

Normally scientists, and the institutions of science, try hard to steer clear of politics. These times are not normal, and the following traditionally apolitical publications have posted editorials sharply criticizing Trump for weakening the respect for science and exacerbating the Covid-19 crisis; several of the publications have endorsed his opponent. 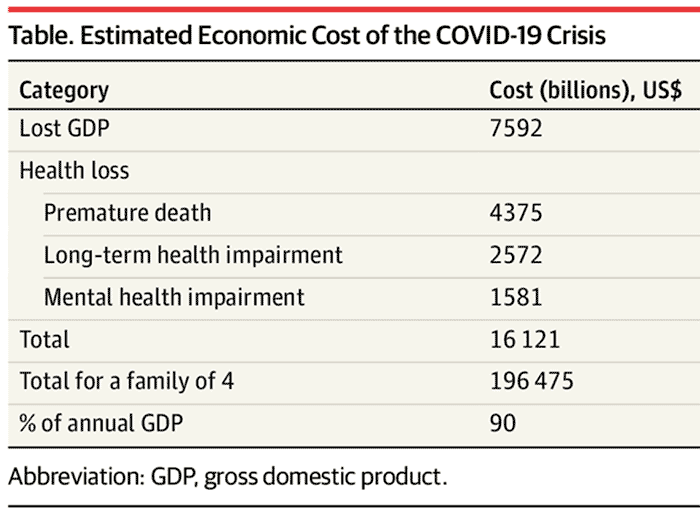 Cost of the Pandemic in the US: $16 Trillion

Two economists from Harvard have attempted to come up with a dollar figure for the total impact of the Covid-19 pandemic to the US economy, on the (possibly rosy) assumption that it will be mostly contained by the fall of 2021. They aggregated mortality, morbidity, mental health conditions, and direct economic losses to come up with a figure of $16 trillion — which is 90% of US GDP. They noted, “These costs far exceed those associated with conventional recessions and the Iraq War, and are similar to those associated with global climate change.”

Frippery: Pandas on a Slide

Here’s the frippery to reward your patience. It was first posted 8 years ago and now has over 25M views; until this week I was not one of them.