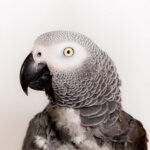 Herewith three items of Covid-19 news you may have missed this week: the FDA wants more AstraZeneca data, Operation Warp Speed’s military staffing, and a deep dive into the vaccine testing process. Plus a brace of fripperies.

The US won’t be as quick as other countries in allowing AstraZeneca to resume Phase III testing of its vaccine candidate, AZD1222, developed with Oxford University. The FDA has requested data on the entire history of vaccines built on the same ChAdOx1 engineered chimpanzee adeno­virus that its Covid-19 candidate uses. The authorities apparently want to weigh the safety of that viral vector, which is unique among the vaccine candidates now undergoing testing. AstraZeneca said it has supplied the re­quested doc­umen­ta­tion. The Reuters report also notes that the company modified its Phase III protocol in mid-September: instead of performing an interim analysis after 40 cases of Covid-19 have occurred among the study’s subjects, the company will wait for 75 infections to occur. In conjunction with the extended Phase III delay, this change means that the study probably won’t read out until late 2020, or next year.

Stat News got hold of a draft organization chart for Operation Warp Speed and proceeded to analyze who com­prises the top echelons of the program, the workings of which have been rather opaque to outsiders. (Here’s a link to the July 30 org chart itself.) The upshot: two-thirds of Warp Speed’s leadership works for the Department of Defense. It has not been a secret that the military is involved in logistical planning for what will be a massive effort of vac­cine dis­tri­bu­tion and tracking; but the sheer number of military names on the chart was a bit of a surprise.

A detailed look at the vaccine testing process

Stat News (again) has a deep dive into the Phase III process and what it implies for the timing of a vaccine or vaccines. Much as I have written here about the process, Stat’s reporting brought out details I hadn’t encountered. For example: “…the studies being run by Moderna, AstraZeneca, and Johnson & Johnson with the National In­sti­tutes of Health share a common [Data Safety Monitoring Board]. The study being run by Pfizer and its partner BioNTech has its own.” Another tidbit: the studies will continue to run blinded even after an interim analysis. “The protocol is designed in a way that even if we would be able to file after an interim analysis, the protocol is designed to move on, at least for a certain amount of time,” Pfizer’s head of vaccine research said. This is because of the need to determine efficacy in smaller groups, like older people and those with HIV.

Because this week has been so very trying, today’s Friday Update brings you two fripperies: swearing parrots in Lincolnsire, and otters juggling rocks. The parrots are named Billy, Eric, Tyson, Jade, and Elsie. And some of the otters keep the same rock all of their lives.