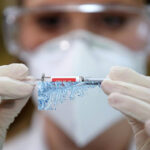 Here are three significant Covid-19 news items you may have missed from the pre­vious week: four solid cases of reinfection, China’s vaccine candidate author­i­za­tions, and a potential distribution headache if either of the two leading US candidates reaches approval.

I wrote last month about the possibility of someone who recovers from Covid-19 being infected with the virus again. News of confirmed cases, out of Hong Kong, Belgium, and the Netherlands, emerged in the last week. Today brought word of a fourth instance, in Nevada. This was a 25-year-old patient who had mild disease, raised antibodies to SARS-CoV-2, and was reinfected by a genetically distinct strain of the virus 48 days after testing negative.

Before the Nevada news came out, Stat News interviewed a number of Covid-19 survivors who are haunted by a fear of reinfection.

It seems to me possible, even likely, that Covid-19 reinfection will prove to be rare. So far we have heard of just four cases, in 24.5 million known infections worldwide. Even if actual cases of reinfection were 1,000 times more common than is now known, they would represent just 0.016% of people who have contracted the disease.

Of the seven candidate vaccines in Phase III trials around the world, four of them were developed in China.

In June, China‘s military approved one vaccine candidate developed there, CanSino, for use on its troops. This week we learned that in July China‘s National Health Commission had granted what we would term emergency use authorizations to two more candidates, those developed by Sinovac and Sinopharm. The unproven drugs have been given to government employees such as healthcare providers, border officials, and public service workers.

The Chinese may be ahead in the race to be first with a safe and effective vaccine, but they are not that far ahead. No Phase III data have been published for these three candidates (though Chinese authorities may have gotten early access to some of it). As far as formal ap­proval goes, one report says that China‘s criteria for ap­proval are even more stringent than those of the US FDA. Both countries set a minimum efficacy of 50%, but China adds that a successful vaccine should “preferably” reach a level of 70%.

The two most advanced US-developed vaccine candidates, from Moderna and Pfizer / BioNTech, would both present significant distribution challenges if approved, because they need to be kept cold until used.

My correspondent Doug Pardee summarizes the problem from a report in The Pharma Letter (to which I don‘t have a subscription):