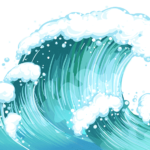 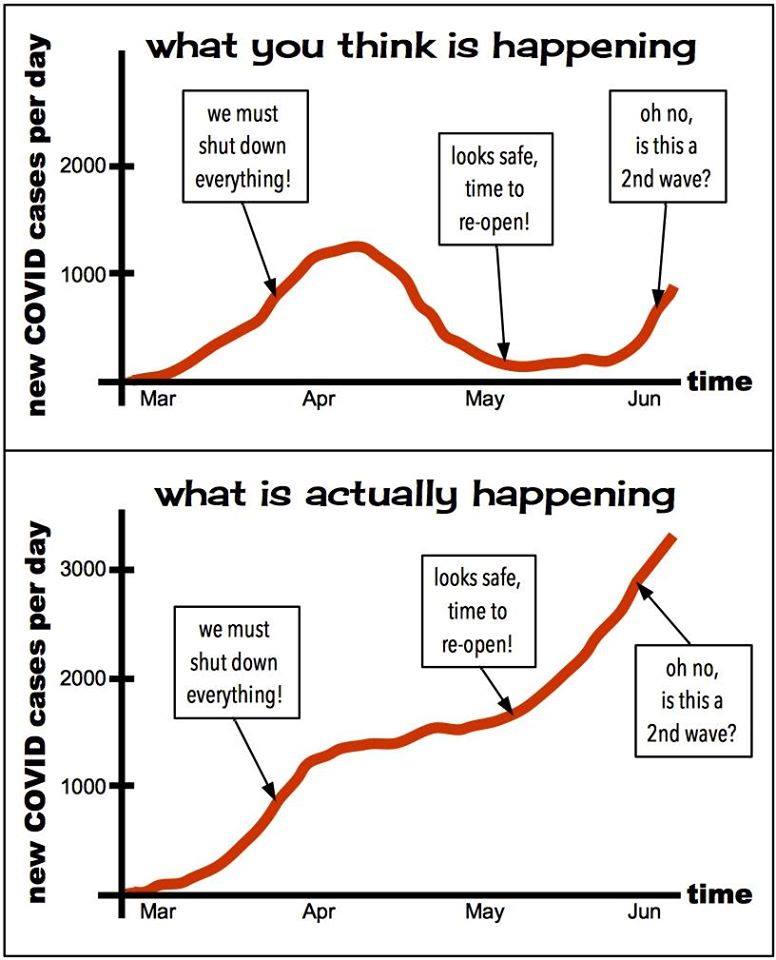 Are we embarking on a second wave of Covid-19 spread? There’s a case to be made that many places in this country never left the first wave.

This image has been floating around social media for the last few days. I have not been able to learn who first created it; the earliest posting I saw on Twitter was June 13. While schematic, it suggests that the first wave never really ended; its growth merely slowed as the world’s economy halted and humans isolated and distanced themselves. Now that society is reopening, the progress of Covid-19 is resuming its earlier rate of growth.

A comment accompanying this image on Face­book, where I first collected it, indicates that the shape of the bottom curve is based on the actual data for new cases in California.

I was curious how accurately this schematic image portrays the reality of Covid-19’s progress in any particular place, so I went in search of the raw data for California, and graphed it. (In these graphs, the blue line represents a 7-day moving average of new Covid-19 cases per day in the relevant territory.) Verdict: The rough schematic above is actually fairly accurate, for California. The state experienced a sharp rise, a flattening (really a slowing of the rise) as societal measures took hold, and a return to the original slope as the state began to reopen. 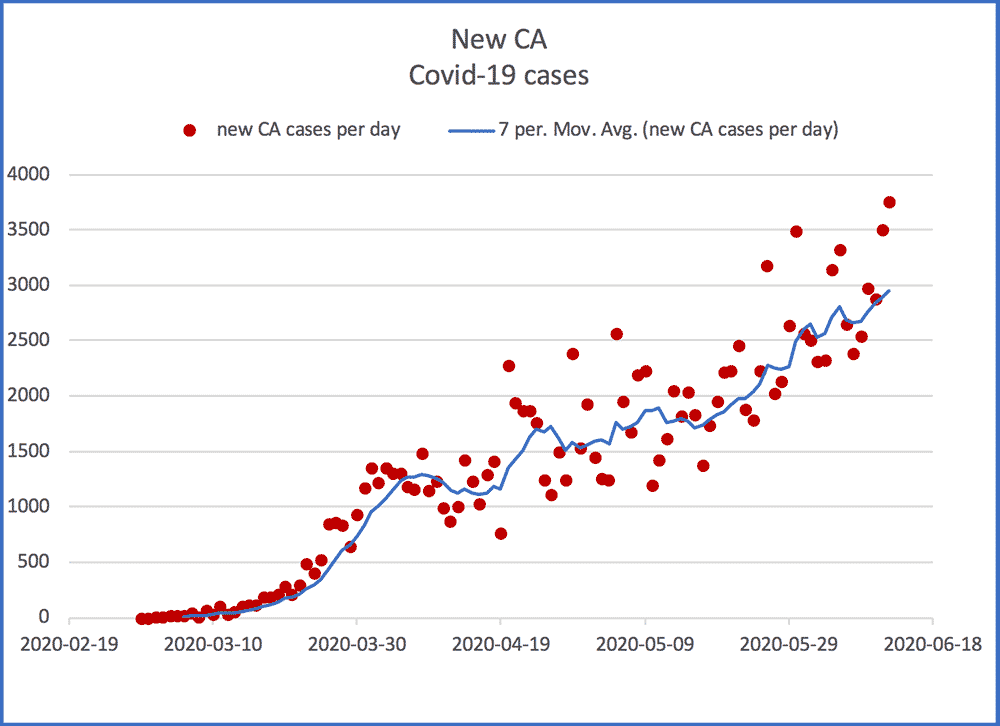 The US as a whole shows a real topping and turning over of the curve, followed in just this month by the beginning of an upward turn once more. (Note that talking about a curve or pattern for all of the US is not particularly meaningful. The most accurate picture emerges at a far more local scale; counties work well, and that data is available, for example here.) 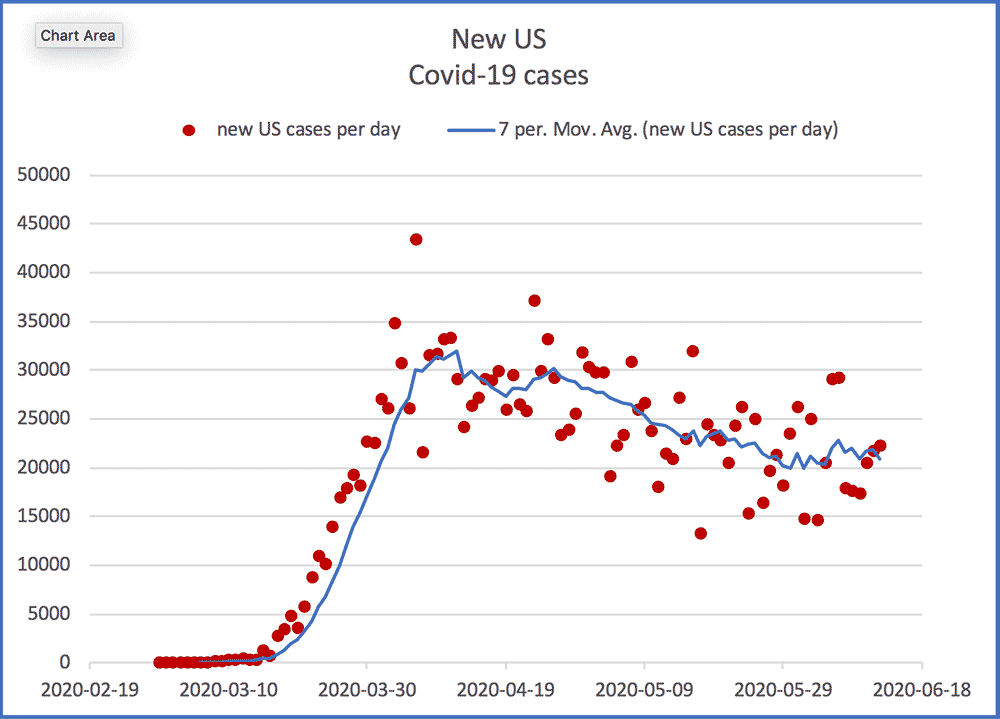 Minnesota’s pattern looks more favorable. The curve tops and drops, and the slow reopening seems only to have slowed the drop somewhat. The state’s two largest counties, Hennepin and Ramsey, show the same pattern (which stands to reason as they encompass most of the Covid-19 cases), with a more pronounced drop-off after the curve tops.

In none of these cases could the first wave be said to have ended. New cases per day did not drop back near zero. Minnesota, and its two most populous counties, on the current trend are moving toward an end to the first wave. 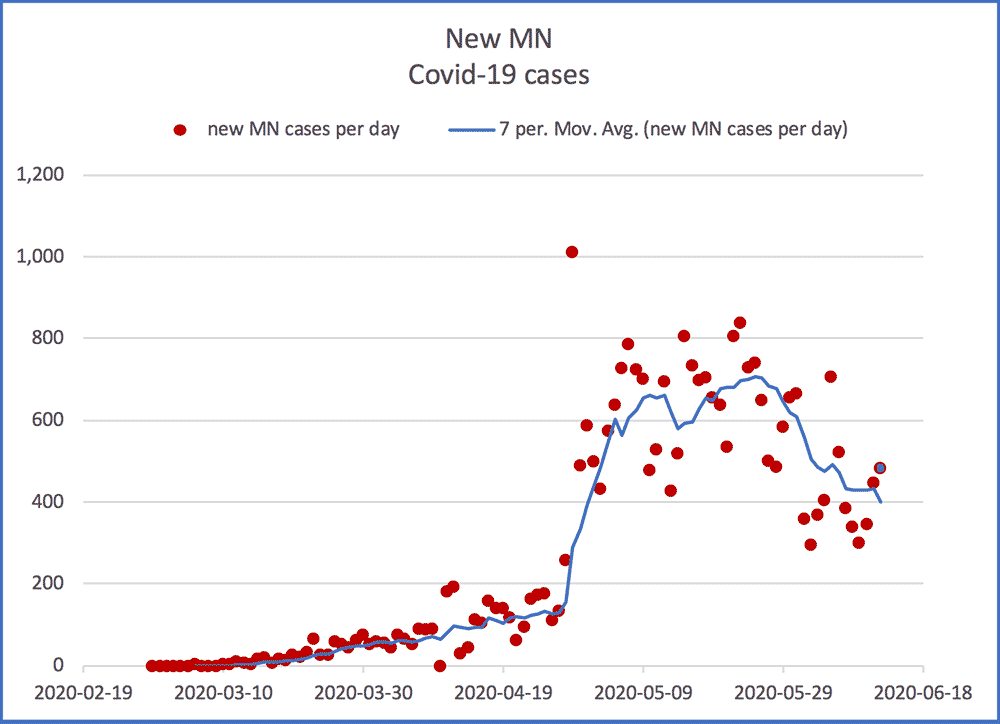 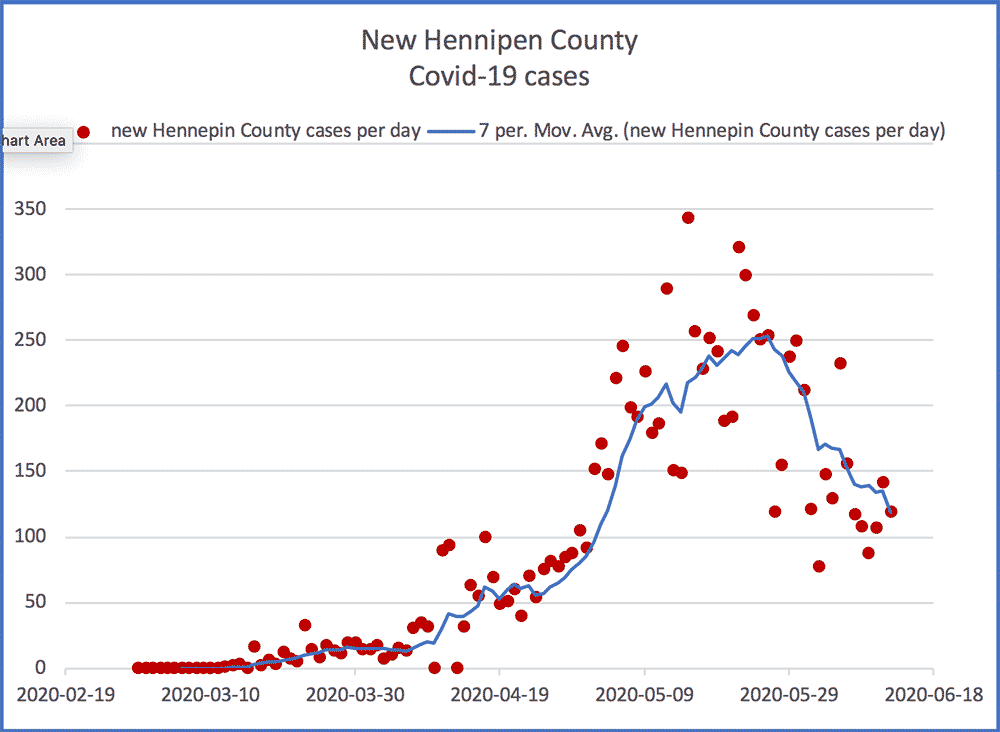 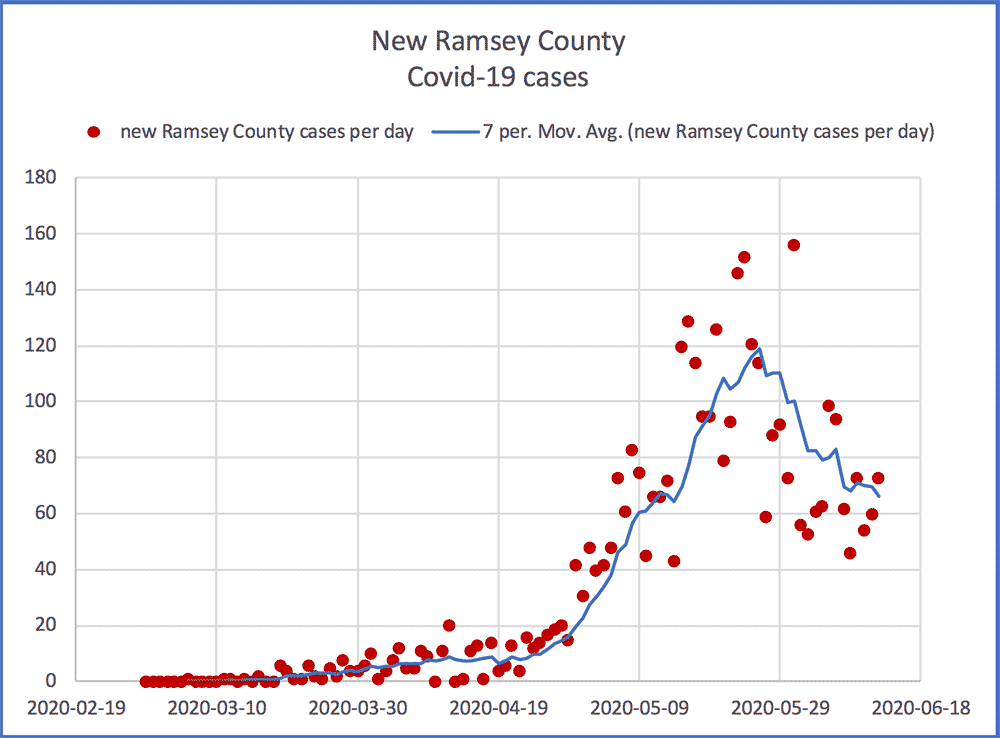 For recent news coverage bearing on the question of first / second wave, see the articles linked below.


[ Note added 2020-06-18: ] “I don’t like to talk about a second wave right now, because we haven’t gotten out of our first wave… When you look at the number of hospitalizations, and you see some of the states say, ‘Oh my goodness, I’m having more hospitalizations than I had before,’ that cannot be due to increase in testing. That has to be due to increase in real cases,” he told the Globe. Fauci says US ‘still in the first wave’ as six states see record Covid-19 cases
.