Ten days ago I speculated on when the US might arrive at the Delta wave’s peak, and whether cases might then begin to drop precipitously — as had been the pattern first in India (which peaked in May) and then in the UK (July). 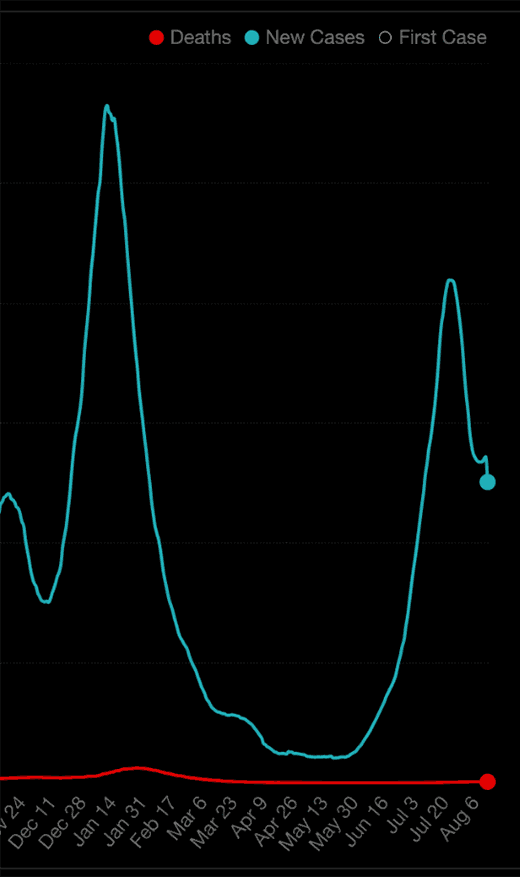 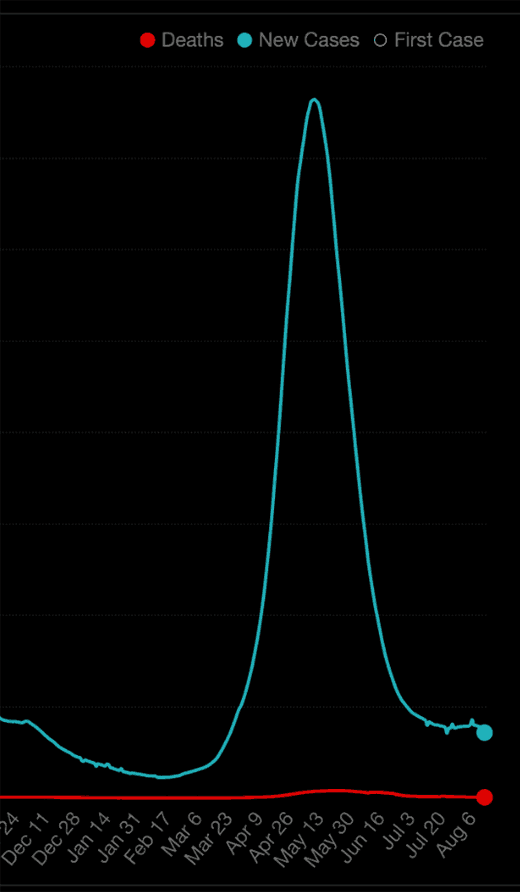 These graphs are screen captures from Stat News’s Covid Tracker, my current favorite site for summary snapshots of where the world and all of its parts are in the process of this pandemic. They show new cases and deaths over time with the vertical axis scaled to the magnitude of the pandemic in each location. In the captures here, the time axis runs from December 2020 to the present.

If the pattern set by the nations where Delta first took hold were to repeat in the US, then the peak of the wave should occur here some time between mid-August and early September.

Perhaps that peak has arrived, not just in the US but worldwide. 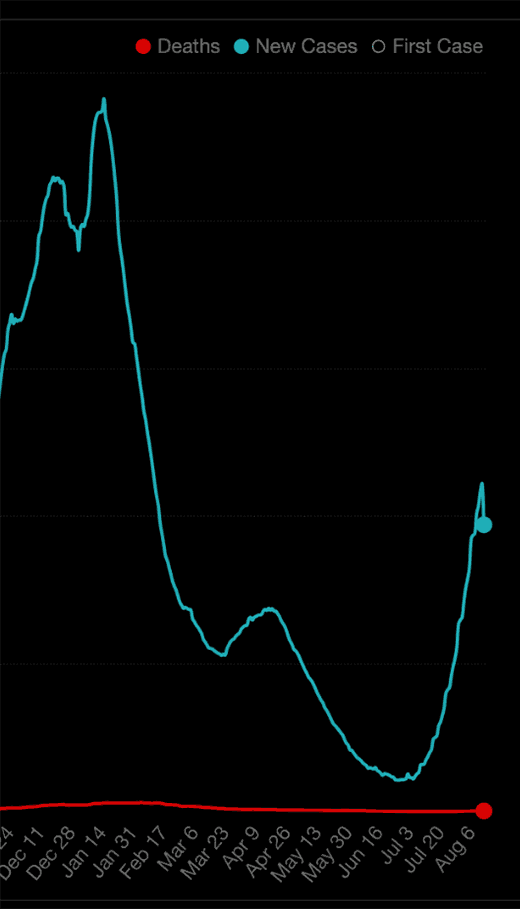 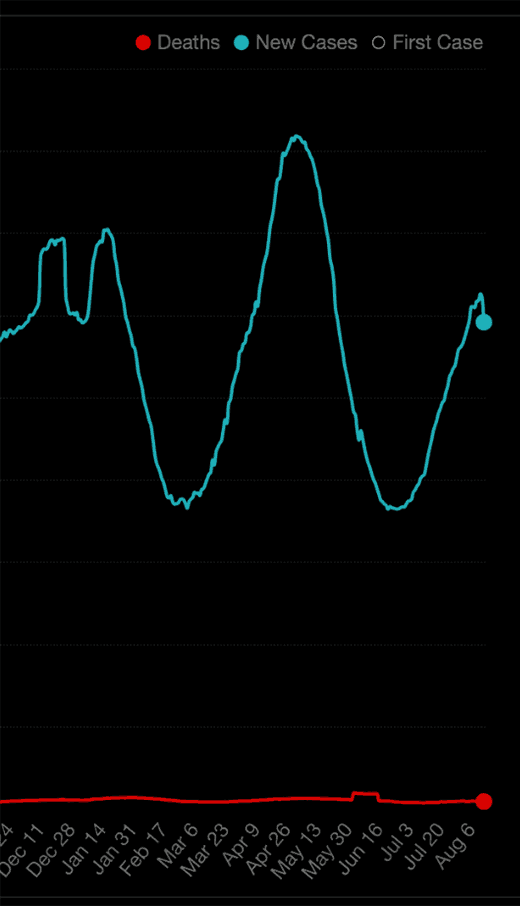 The Stat News tracker shows day-to-day figures, not rolling averages as some others do. These graphs seem to mark a peak two or three days ago and the beginning of a precipitous decline in new cases, in the US and the world overall.

Here are four US states that have been suffering the worst of the Delta wave. All seem to have peaked with similar timing to that shown in the US and world graphs above. The shape of the Florida graph looks somewhat suspect to me; perhaps its apparent ultra-precipitous decline is due to deficiencies in the state-supplied data. The radical right-wing, Trumpist governor of Florida is known to have interfered in data collection and dissemination. 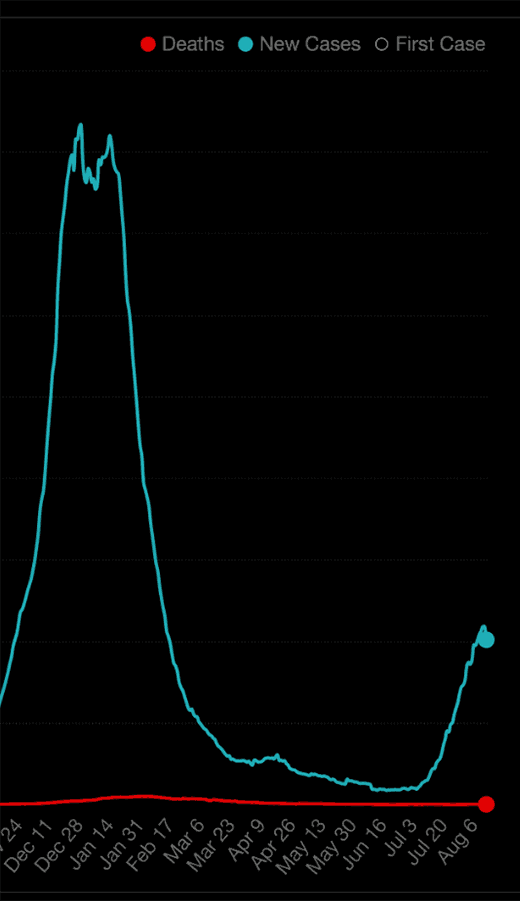 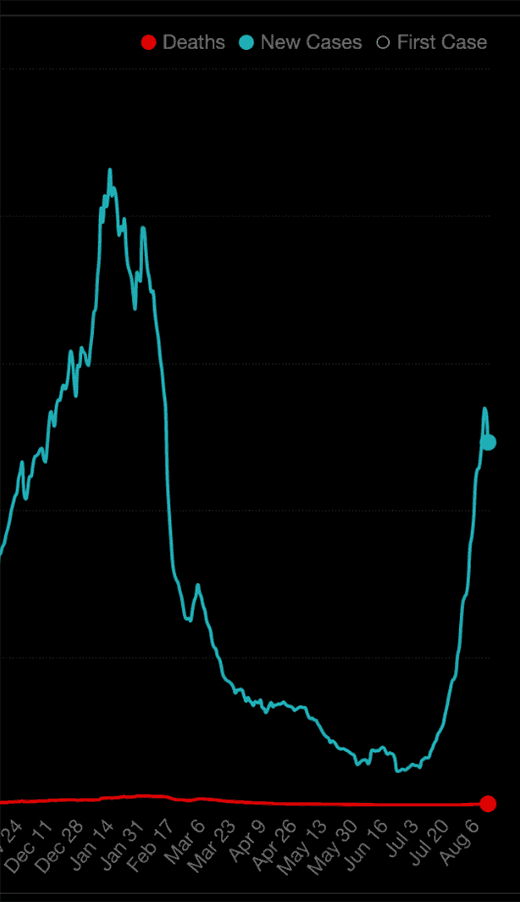 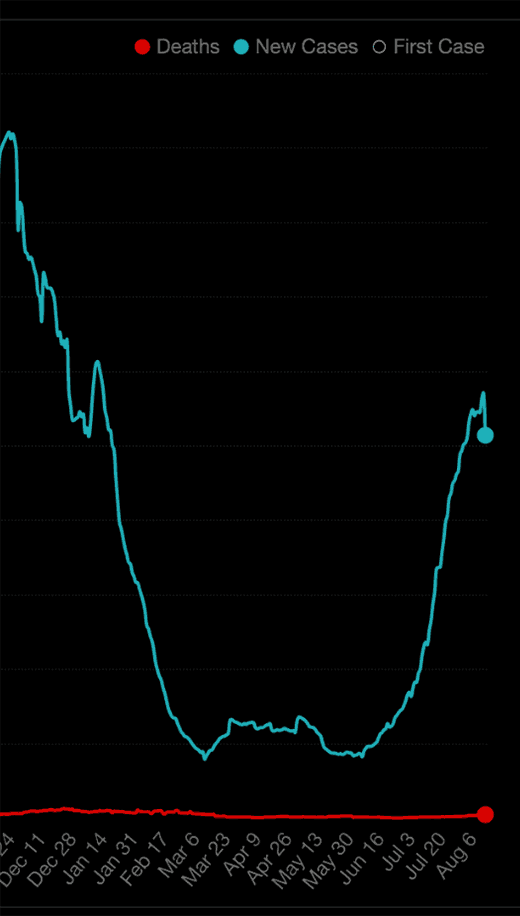 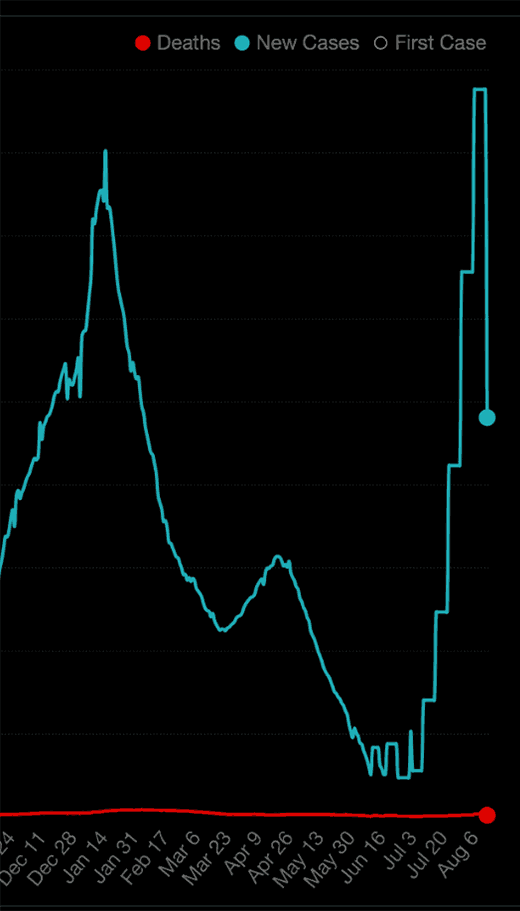 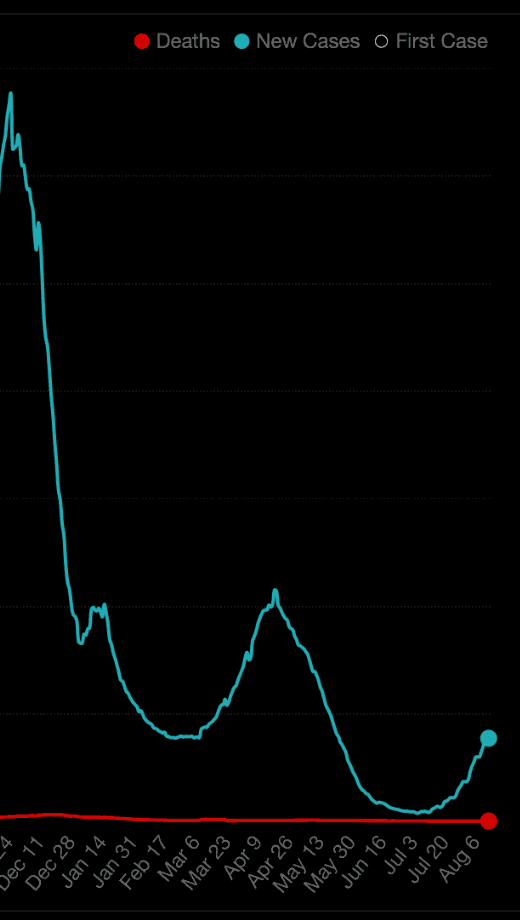 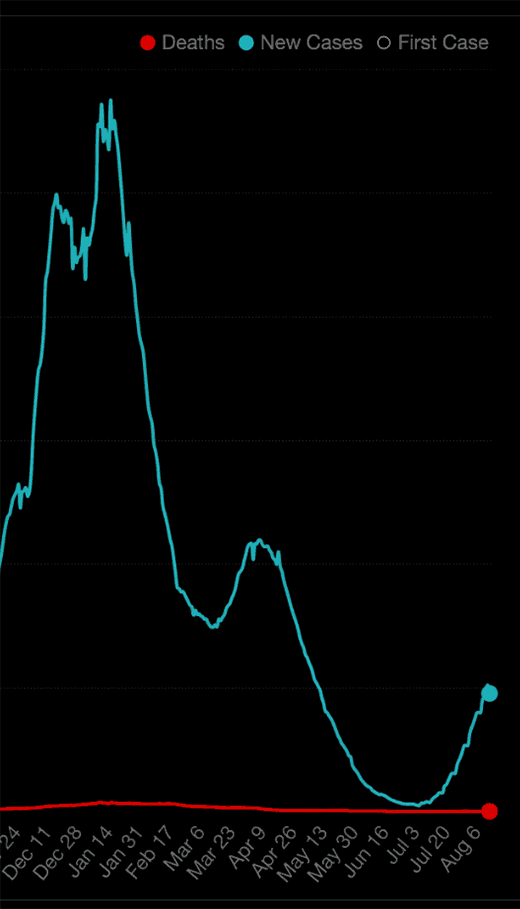 Here are the graphs for two more states I have reason to follow with interest. It looks as if Massachusetts may have just peaked. Minnesota is not showing signs of a peak yet; perhaps tomorrow.